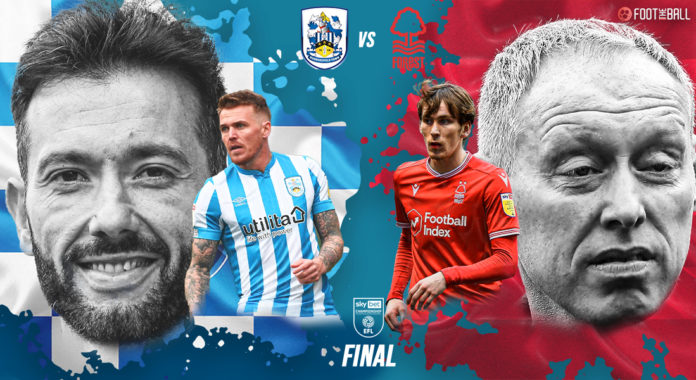 Frequently called the most expensive game in world football, the Championship playoff final is upon us with Huddersfield Town taking on Nottingham Forest on Sunday at Wembley for the final spot in the Premier League.

Huddersfield beat Luton Town 2-1 on aggregate thanks to a Jordan Rhodes winner in the second leg while Forest overcame Sheffield United on penalties thanks to the heroics of goalkeeper Brice Samba. Both sides progressed narrowly but they have been the two best teams outside of Fulham and Bournemouth all season, having finished third and fourth respectively.

Nottingham are looking to get back into the Premier League for the first time this millennium having spent 23 consecutive years in the second and third divisions of English football. Huddersfield broke a long streak of their own in 2017 when they won promotion via the playoffs but were relegated quickly back in their second season.

It will be a hotly contested fixture with both sides knowing what is at stake. It is also likely to be a cagey affair, only two out of the last 15 finals have seen more than three goals scored.

Felt like quite a leap, a big call, by Carlos Corberan when he left Leeds for Huddersfield. Done an exceptional job and is one game away https://t.co/4rdZ2REvqZ

Corberan was a student of Marcelo Bielsa, and like his mentor, he likes to play a back three against a two striker pairing, which Forest are likely to play.

Forest boss Steve Cooper will be without his second top-scorer Lewis Grabban who has been out with a hamstring problem since late April and will be unavailable for selection. The Nottingham boss does not have any other fitness concerns apart from that, despite Ryan Yates’ quip.

Keinan Davis came off the bench against Sheffield and may return to the starting eleven ahead of Sam Surridge.

The 23-year old attacker has been Huddersfield’s most creative attacking player this season. The Terriers are not the most attacking of sides and rely heavily on Thomas to provide the spark when they do go on the front foot.

Will the Welsh international provide the magic for @htafc at Wembley? 🪄#EFLPlayOffs | #StepUp pic.twitter.com/Z6SMTz67qI

Thomas was the game-changer in the semi-final second leg as well, coming off the bench to provide the assist for Rhodes’ winner. His pace and attacking nous will be key in hitting a Nottingham side that does tend to give their opponents some space.

Still just 21, Johnson has enjoyed a stellar campaign scoring 19 goals for Cooper’s side, more than anyone else in the squad. His combination with Djed Spence on Nottingham’s right wing has arguably been the tactical highlight of the Championship season.

◎ 2003: David Johnson scores against Sheffield United for Nottingham Forest in both legs of a play-off semi-final

◉ 2022: Brennan Johnson scores against Sheffield United for Nottingham Forest in both legs of a play-off semi-final

Johnson also seems to be finding his shooting boots at the right time. He had scored just two goals in the last eight matches of the league but found the net in both legs of the semi-final. If he can keep up his excellent performances this season, Nottingham should be heading back to the Premier League.

Finals are tough ones to call, especially ones which have such massive implications. Huddersfield have been very solid defensively while Forest have the attacking power. Under Cooper, Nottingham have been the best side in the league but they have only won one of their last four matches. Still, FootTheBall predicts that Forest will be able to get the better of their opponents and the final score will be Huddersfield Town 1-2 Nottingham Forest.