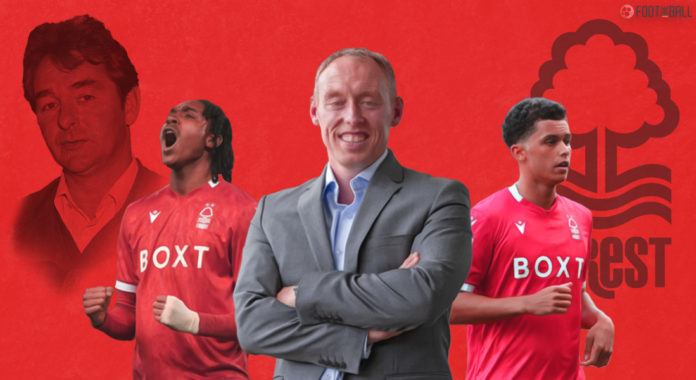 Nottingham Forest has long been a dormant giant of English football. Now the oldest club in the EFL, the once European champions have been resurrected by Steve Cooper. Cooper took charge of Nottingham Forest mid-season. Following which the team’s performances have given hope to their loyal fans that they can return to the promised land of the Premier League. Following a 1-0 win against Huddersfield in the Championship play-off final, Nottingham Forest are finally there.

Since their relegation, Nottingham Forest have constantly chopped and changed managers. They have had 20 managers in 22 seasons. Steve Cooper was their 21st managerial appointment and he was finally able to stop the rot at Nottingham Forest.

He replaced Chris Houghton at the helm of the Tricky Trees. Houghton only managed to secure a solitary win in eight games at the start of this season and was sacked. Steve Cooper came in and transformed the ethos of the club. After his appointment in the September of 2021 Nottingham Forest became a winning machine! According to points gathered since Cooper’s arrival, The Garibaldi would sit at the top of the league.

Nottingham Forest were in a relegation fight before Steve Cooper took over, now they're one game away from the Premier League 😱👏 pic.twitter.com/oRWx8VxkRe

They also managed to cause major upsets in the FA Cup. Their remarkable run in the cup which included wins against Arsenal and Leicester, was stopped by winners Liverpool.

Steve Cooper lead his Nottingham Forest into Wembley on the 29th of May to face Huddersfield for the last chance at promotion to the Premier League this season.

Nottingham Forest were bottom of the Championship with 4 points from 8 games when Steve Cooper was appointed in September.

They are now on their way to Wembley, one win away from a return to the Premier League for the first time in 23 years pic.twitter.com/8HpY8BMCYi

Let’s look at the tactics Steve Cooper has deployed at Nottingham Forest last season that has them back in the promised land.

Steve Cooper has always been a manager that likes his teams to dominate the ball. Whether it was his England youth teams or his Swansea side, Cooper makes sure his team looks to control possession. The tactics Cooper has deployed at Nottingham Forest function around the same principles.

Cooper usually sets up his Nottingham Forest team in a 3-4-1-2. Which looks like a 5-3-2 without the ball and often like 3-4-3 with the ball. His players are very comfortable with on field positional interchanges. Especially in the final 3rd. 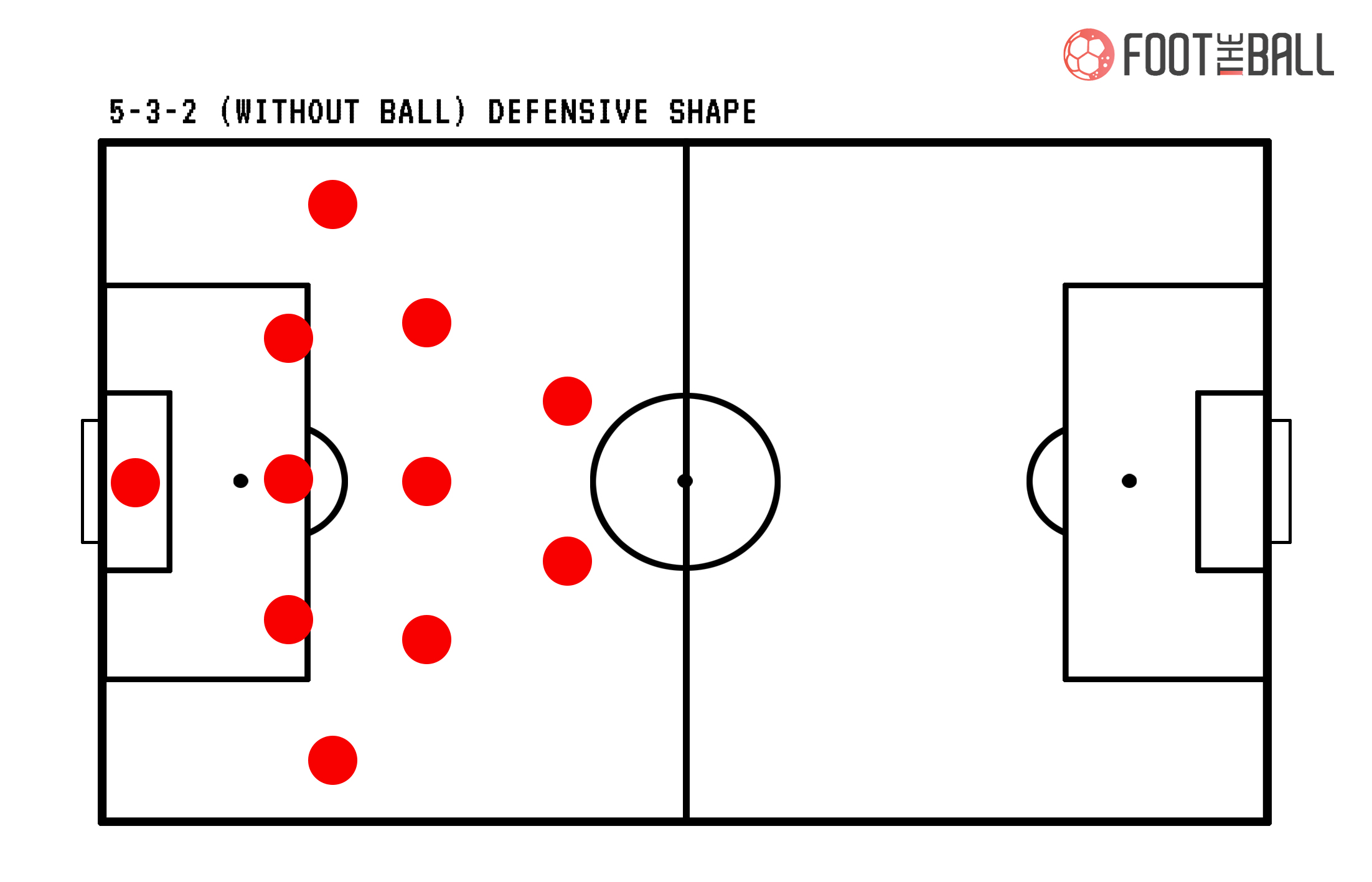 One centre midfielder is deployed as a box-to-box midfielder while the other central midfielder hangs back to protect the backline and acts as a deep-lying playmaker. The number 10 is allowed to roam into free space, especially to help cause overloads on the flanks with an attacker and charging wing-backs on either flank. More often than not James Garner was the deep-lying playmaker and Ryan Yates was deployed as the box-to-box midfielder. New signing Orel Mangala might be an upgrade on Yates, while there is an upgrade in the No10 position too.

Ahead of them, Philip Zinckernagel played as the number 10. Jesse Lingard has come in to play this role now. Forest are not going to control games as easily in the Premier League so Lingard’s running might prove to be crucial.

On the flanks, the wing-backs are charged with bombing up and down the pitch to contribute defensively and in the final 3rd. So much so that 78% of Forest’s attacks come from the flanks. The wing-backs have also contributed with 16 goal involvements this season. Which is an impressive number for players in such a strenuous league as the Championship. Djed Spence and Jack Colback fit into these roles seamlessly last season. 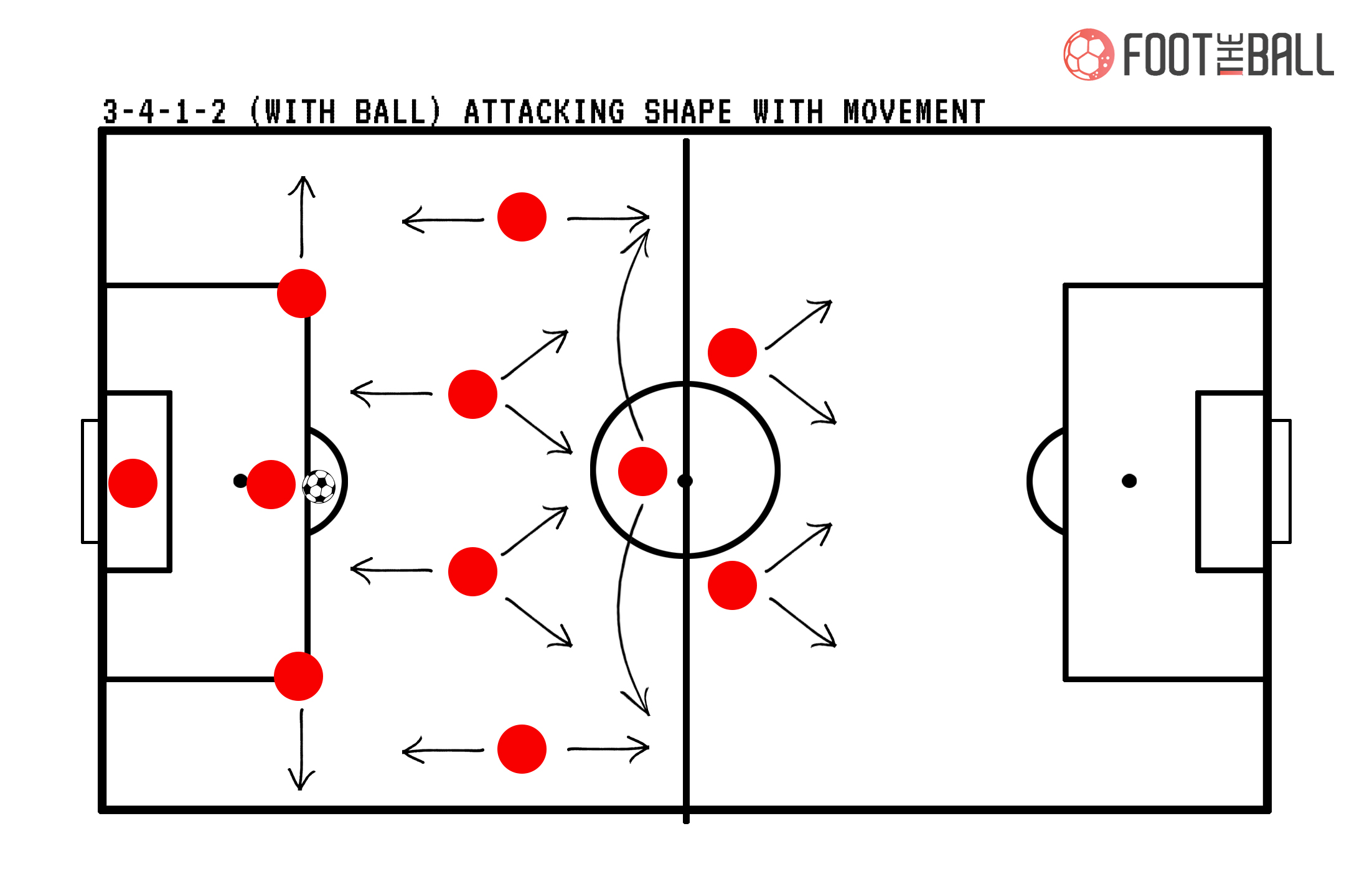 What was remarkable about Cooper’s Forest is that they were the best counter-attacking side in the league. They move the ball extremely incisively. Without the ball, they look to cramp the centre of the park to leave space for the wing-backs to cause havoc on the flanks. The rampaging Spence and Colback were essential cogs to Nottingham Forest’s counterattacks. Without Djed Spence, that could take a hit. Forest would hope new signing Neco Williams hits the ground running.

Nottingham Forest under Cooper have shown the tactical versatility to combine their possession game and counter-attacking ability to become one of the most complete teams in the league.

Some of the above-mentioned players have gone on to become stars and had a breakthrough campaign in the Championship. Luckily for Nottingham Forest, Steve Cooper has an excellent track record of working with young players and developing them. They have 13 squad members under the age of 25 meaning Cooper can build a prodigious squad at Nottingham Forest.

Just look at Sancho, Foden and Smith-Rowe who were part of Cooper’s under-17 World Cup winning England squad.

Middling players such as Steve Worral, Scott McKenna, Brice Samba and Philip Zinckernagell have fit into Cooper’s system flawlessly. Worral, who was seen as a promising centre-back about 4 years ago, became one of the most consistent ball-playing centre-backs in the Championship.

The stats, stories and quirks behind Nottingham Forest’s down to earth, local lad, Joe Worrall.

Scott McKenna’s story is very similar. Coming up in Scotland McKenna was seen as a promising centre-back. His form at Forest took a step up after Cooper’s appointment. Since then, he has become one of the most physically dominant defenders in the league. This centre-back duo has managed to keep 17 clean sheets together and has got their career back on the right track.

McKenna has been called up #nffc pic.twitter.com/QpoCynds17

Philip Zinckernagel exploded last season. After his disappointing stint at Watford, the Hornets loanee has 6 goals and 7 assists last season. His performances earned him a move to Greek champions Olympiacos. The trio of Niakhate, Mangala and Lingard will hope to replace his attacking output.

Brice Samba was the best keeper in the league last season. He had an 80% save rate in the Championship this season, the highest in the league. However, he moved back to France with Lens, leaving Forest to look for a replacement. Forest again played a masterstroke here. Manchester United’s GK Dean Henderson was available on loan and the club snapped him up, arguably an upgrade on Samba.

🗣️ "Brice Samba saves it, and Forest are going to Wembley" ❤️

Cooper has also managed to get the best out of veterans like Lewis Grabban, Steve Cook and Jack Colback. These 3 veterans have provided the much-needed experience that was needed for a club like Nottingham Forest to push for a Premier League spot.

At 34 and out of contract this summer, you suspect he’s now played his final game for #NFFC

Grabbs became the first Forest player since 2003 to net 20 goals in a season and has scored 50+ in red!

If that’s the end👏 pic.twitter.com/jpifZvd8i7

Lewis Grabban and Jack Colback especially have been defying the odds at the ages of 34 and 32 respectively. Grabban scored 12 and assisted 4 in 32 appearances in the league last season. Expecting such output in the PL was not realistic. Therefore, Forest went out and bought Taiwo Awoniyi for a club record fee. Scorer of 15 goals in the Bundesliga last season, Forest’s survival hopes are tied to him making good on his promise.

Now come the stars of this team, James Garner, Ryan Yates, Brennan Johnson and Djed Spence. Yates is the oldest out of this lot. At 24, he contributed 8 goals last season. The 21-year olds-Garner, Johnson and Spence were exceptional season for Nottingham Forest under Steve Cooper.

Garner, who was on loan from Manchester United, looked exceptional on the ball  as his defensive game took a much-needed step up. In fact, he looks primed to make space for himself at the Red Devils under Ten Hag. His passing ability has made him a fan favourite this pre-season with United and he will look to make the deep-lying playmaker role his own. If the Frenkie de Jong saga ends up with de Jong not joining United, then Garner might make his way into ten Hag’s first XI.

🥇 James Garner has been named in the SofaScore team of the season; the only Nottingham Forest player to do so.

Brennan Johnson was an outstanding attacking talent at Nottingham last season. His pace caused problems for every backline in the league. The hybrid attacking midfielder/ winger was mainly been deployed as a striker alongside a more physically dominant partner in either Davies, Grabban or Surridge.

💫 Brennan Johnson has been directly involved in 29 goals in all competitions this season (19 goals, 10 assists) – 12 more than any other @NFFC player.

Will he be the match-winner this weekend? 👀#EFLPlayOffs | #StepUp pic.twitter.com/sJAt7sEn9c

His positional switch resulted in outstanding results. In 47 appearances he scored 17 goals and laid out 10 assists, the highest in the Nottingham Forest squad for both metrics. A stroke of genius by Cooper. Now, with a new contract, Johnson is one of the pillars of this side.

Last but not least is Djed Spence. Spence was on loan from Boro but his performances had ensured that there was going to be no second season for him at Forest. The wing-back became a bona fide superstar last season. His relentless running, ball-carrying ability and sheer pace made him one of the most effective wing-backs in the EFL. So much so that he is Tottenham moved for him. In 40 appearances he kept 15 clean sheets and even chipped in with 2 goals. Along with Destiny Udogie, Conte might have settled Spurs’ wing-back spots for the next decade.

Djed Spence will be playing for Nottingham Forest in the playoffs.

One can argue that the challenge for Steve Cooper starts now. He will get his chance to manage in the Premier League. However, just bringing promotion to Forest is a miracle, considering the position they were in when he was appointed. Not many would bet against Cooper emulating his miracles from this season. Premier League just got richer with the presence of Steve Cooper and his tireless Nottingham Forest side.