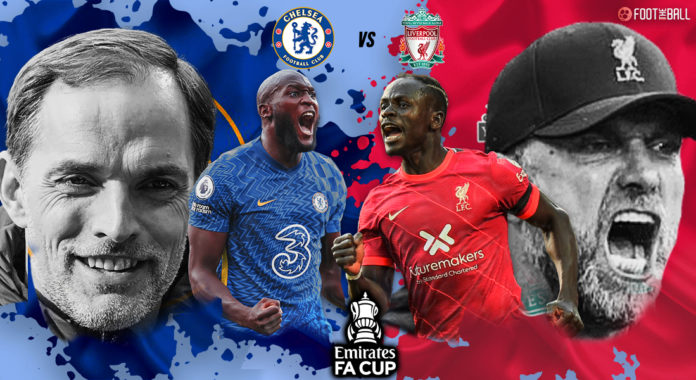 The FA Cup final is always a hotly contested affair. This year features two teams who have known each other for a long time.

Chelsea have had an up-and-down season. They have been stuttering mightily in recent times, and have a tenable grip on the third spot. Thomas Tuchel has been baffled by his side’s slump in form over the past month. The only silver lining has been that Romelu Lukaku is finally back amongst the goals again. The much-maligned Belgian striker has had a horror return to Stamford Bridge but finally looks to turn over a new leaf.

However, their infallible defence of the past has been showing cracks. Edouard Mendy has certainly lost his confidence while their first-choice defenders are all set to leave after the season. The sale of Chelsea have buoyed hopes of a strong summer transfer window. However, the current goal is to win the FA Cup, after missing out last season to Leicester City.

Liverpool’s season have hit a stumbling block. A 1-1 draw against Spurs have hugely dented their chances of winning the Premier League. The Reds sit three points behind Manchester City and the hopes of a quadruple are fading. Nevertheless, the FA Cup still holds an immense amount of prestige, especially since Jurgen Klopp has not won it yet.

Next up… the #EmiratesFACup final ✊🔴 pic.twitter.com/pUYOYg87cq

Their attack is the most fearsome part with Luis Diaz expertly complimenting the ever-present trio. Thiago’s star turn has been a joy to watch while Ibrahima Konate has broken out as a pressure player. Having already won the Carabao Cup, the next focus will be to lift the FA Cup in a long while.

Mateo Kovacic exited the match against Leeds United with an injury. His status remains uncertain.

Fabinho will miss the tie after suffering a thigh injury. Andy Robertson should come back into the side.

It is tough to guess who performs for Chelsea on any given day. Mason Mount is a solid bet in most matches. The attacking playmaker has 11 goals and nine assists in the Premier League. Mount’s expert crossing ability and deadly passing can unlock the best of defences. Mount is adept at manipulating the spaces alongside Chelsea’s runners.

Mason Mount is the first Chelsea player to be directly involved in 20+ Premier League goals in a single season since Eden Hazard in 2018/19::

He can drift all over the front line and drive with the ball at speed. Timo Werner and Kai Havertz become even more dangerous with Mount providing the service. Moreover, Tuchel wants to funnel the attacks through him. Fabinho will be big miss in stopping Mount and that could effect the game in a major manner.

What a season Sadio Mané is having. Make that 22 goals in all comps 🔥🔥🔥#UCL pic.twitter.com/sMPDVrCI0M

Moreover, his playmaking skills against Manchester United took everyone by surprise. Moreover, the pass for Liverpool’s second goal was beautiful. Chelsea’s backline have not been the sharpest. Azpilicueta will be beaten for pace. Therefore, this is a very viable option. Klopp will know that his forwards have the legs to beat defenders and they will not be short of breath.

It is shaping up to mouth-watering clash. Chelsea will have their hands full in dealing with Liverpool’s relentless high press. Jurgen Klopp is still dreaming of the quadruple while the Blues know a win will be incredibly morale boosting. FootTheBall predicts a 2-1 win for the Reds.