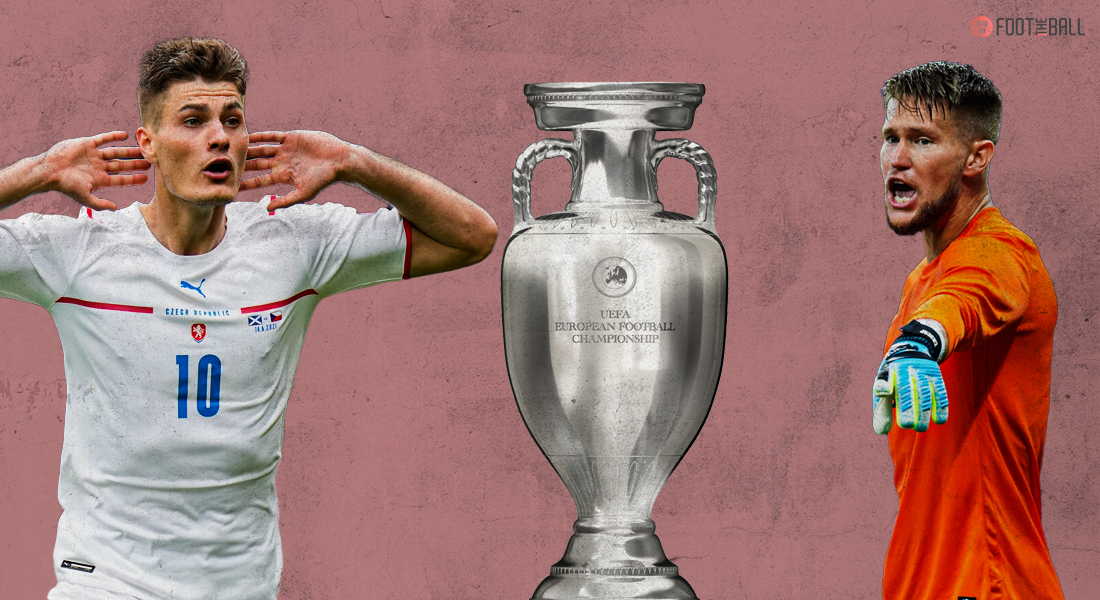 A brilliant Czech Republic performance against Scotland in their opening fixture earned them three points that took them top of Group D. Patrick Schick’s brace that came either side of the halftime mark gave the Czechs a much-needed boost for the upcoming matches.

Goalkeeper Tomas Vaclik was on the top of his game, denying the Scots a chance to penetrate his goal. The second-choice goalkeeper for La Liga side Sevilla put up an outstanding performance to keep his team in the game. It was an exciting fixture that featured twenty attempts on goal, and the scoreline could have been much different if not for the two keepers.

Despite having less of the ball, and also featuring fewer shots, Czech Republic found the net when needed. Their clinical finishing and tenacious defending were crucial. If they are able to pull off similar displays, we may see some upsets.

THE FIXTURES THAT AWAIT

The team had a poor Euro 2016 campaign, bowing out in the group stages. They did not feature in the World Cup that followed and so this competition will act as their proving ground. Jaroslav Šilhavý, the much-experienced Czech Republic manager has been grooming the team for three years now. He has been a familiar face in the dugout for nearly a decade and his experience will be vital.

Coach Jaroslav Šilhavý about @vaclos31 after a win against Scotland:

"The performance of Tomáš Vaclík was simply excellent. He contributed greatly to our win. He deserves a big thank you from us all." #CZE #EURO2020 pic.twitter.com/rw7VyXhmVx

With Gareth Southgate’s ambitious England and World Cup Runner up Croatia as the next opponents, the team will have to be on the top of their game, if they hope to make it out of the group. Yet, it would be a shock if they do manage to finish second, let alone top the group.

Croatia was beaten by a single goal by England, and this means that the Czech Republic are top of the group by goal difference. Croatia hasn’t kicked into gear and was not prolific against the English side. If the Czech Republic can keep their confidence, they may salvage at least a point against them. If so, it might be enough to take them through to the knockout stages.

Greece came out of nowhere to lift the European Championships back in 2004. They beat hosts Portugal in the final to lift the coveted silverware. The most significant achievement in the sport for the country. It was THE underdog story, a tale that is still spoken of today. For all the minnows, this is the inspiration they look at.

The innovative simulated reality also suggests that the team would beat the likes of Germany, Portugal and Spain before eventually lifting the trophy. Maybe, destiny might end up giving the Czechs the chance for eternal glory?

Millions of data points are fed into the machine. An Artificial Intelligence system learns the data provided by the database to predict the possible outcomes. Werner Becher, Sportradar’s regional chief executive said, “Simulated Reality football matches reflect team form and normal match conditions, using more than a decade’s worth of historic and statistical data to produce an immeasurable number of data points.”

.@tomassoucek28 about that Patrik Schick's goal: "It's clear we already have the goal of the tournament. No need to try to beat it." #EURO2020 #CZE pic.twitter.com/tJLc42DJ7T

“Football is unpredictable, it’s one of the things we love most about the game, but few fans would have put the Czech Republic and Denmark in the final.”- Werner added

Denmark, the finalists according to the machine has had a similar experience in the past. They lifted the trophy in 1992, similar to how Greece did against Portugal. The team initially did not even qualify for the tournament. Luck was definitely with the Danes when they lifted the silverware.

CAN THEY DO IT?

With Portugal, France, England, Germany, Belgium and Spain all vying for glory, it is far fetched to eye anyone else lifting the trophy. But it isn’t impossible. A Ronaldo led Portugal are a much stronger side than when they lifted the trophy in 2016. France has one of the strongest teams in the world. Belgium is ranked #1 in the World, and Spain is trying to re-establish itself. Lowe’s Germany will fight tooth and nail to win the trophy as well. Southgate’s England also have their fair share of ambitions.

Just one stat from the match:

Yet, fortune just might favour the so-called “other” teams in the competition. The best teams need not win it. The Czechs might just have the resilience to fight for the title. If they can put up performances as they did against Scotland, a knock stage appearance is likely. If they can keep their doors shut, and hope and pray that one of their forwards’ nicks in a goal at the other, destiny might just play its cards. Will the supercomputer’s prediction come to reality?