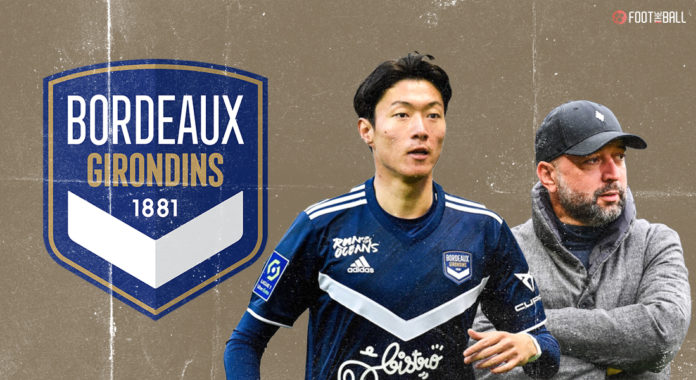 What does a club get after winning six Ligue 1 titles? Relegation to the third tier, of course! If this riddle sounds unfamiliar, that is because the truth is stranger and sadder than fiction. Football Club des Girondins de Bordeaux, commonly known as Bordeaux, had a terrible 2021-22 season which ended in relegation to Ligue 2.

Bordeaux have been relegated to the 3rd division of French football over financial issues. 😬

In 2009 they made the Champions League Quarterfinals and played European football as little as 3 years ago. pic.twitter.com/sszzUqjBNd

Somehow, things have gotten even worse now. The DNCG, French football’s financial watchdog, has announced an “administrative relegation” on Bordeaux, dropping them into the third tier. Bordeaux are accused of being mired in financial trouble. FC Villefranche Beaujolais are slated to replace Bordeaux in Ligue for 2022-23.

However, Les Girondins have seven days to appeal the decision and two weeks to come up with the necessary finances. So, what is the case all about, and what happens to the players?

Money problems for a while

Bordeaux have been in the throes of financial uncertainty since before the 2021-22 season began. They were almost relegated at the end of 2020-21, before appealing the decision followed by Gerard Lopez’s takeover.

Bordeaux & Angers preliminarily relegated to Ligue 2 by French football's financial watchdog, the DNCG – both will appeal & are confident of overturning. https://t.co/5yNySpG1qk

However, the situation is much more precarious this time. Bordeaux finished in 20th place, conceding a ridiculous 91 goals and ending up with the worst goal difference (-39).

Lopez has had a history of being faulty with finances, which was the reason he was ousted from Lille.

Bordeaux need to come up with €40m fast if they are to avoid making relegation to Championnat National 1 a reality. However, that is looking more than a little complicated.

Who goes and who stays?

A part of the finances has already been raise through the sell-on clause included in Aurelien Tchouameni’s transfer to Real Madrid.

A figure of €11m is expected to arrive, but more could be on the way. Another former Bordeaux player, Jules Kounde, has heavily linked with a move to Chelsea from Sevilla.

(🌕) Monaco paid €20m for Tchouaméni from Bordeaux in 2020, a deal which included a 10% sell-on clause, meaning Bordeaux will receive at least €6m from his move to Real Madrid. This figure could rise to €8M in total after bonuses. @RMCsport @GFFN #Transfers 🇫🇷🚨

The French club will get money from that deal too if it goes through. Moreover, the club’s statement mentioned “a guaranteed re-engagement of the majority shareholder of $10.4 million.”

In the same statement, they also mentioned “offers for a few players.” It remains to be seen who these players are, but there are clues. Hwang Ui-Jo was the top scorer over the past two league seasons.

His 22 goals should see some some mid-table clubs in Europe come for him. Another prospective departure could be Josh Maja, who spent the last season at Stoke City. The Nigerian has only a year left on his contract.

However, the major worry for Bordeaux will be getting back to Ligue 1. They had several players on loan for 2021-22, including AC Milan midfielder Yacine Adli and Bosnian defender Anel Ahmedhodzic.

Alberth Elis averaged better than a goal every two games in Ligue 1 for Bordeaux last season – with 0.43 xGI/95.

Leeds United have been linked with a summer move for the attacker.#LUFC pic.twitter.com/1wKKrDjUTO

Moreover, the crippling financial situation will not be eased even if they remain in Ligue 2. Lopez is supposed to inject €10m into the club from his company, Jogo Bonito. That plan also includes moving half of the club’s current debts, around €26m, to the company itself.

The future is bleak

Bordeaux are one of the proudest clubs in Ligue 1. Their last league crown came in 2009, and they played European football as little as three years ago. However, the past two seasons have been incredibly tough.

They had four managers, and a caretaker in charge during that span. Fans have been against Lopez for quite some time, and this news will only strengthen calls for an ownership change.

However, Bordeaux are not the only former Ligue 1 winners in deep trouble. Saint-Etienne, holders of 10 league championships, were also relegated to Ligue 2. That was followed by ugly scenes of fans storming the pitch with flares in protest.

Moreover, they are also under investigation by the DNCG for illegal transfers. Three agents have been arrested, with the club’s offices being searched. Nevertheless, Bordeaux’s worries are of the financial kind and the solutions are not coming either.