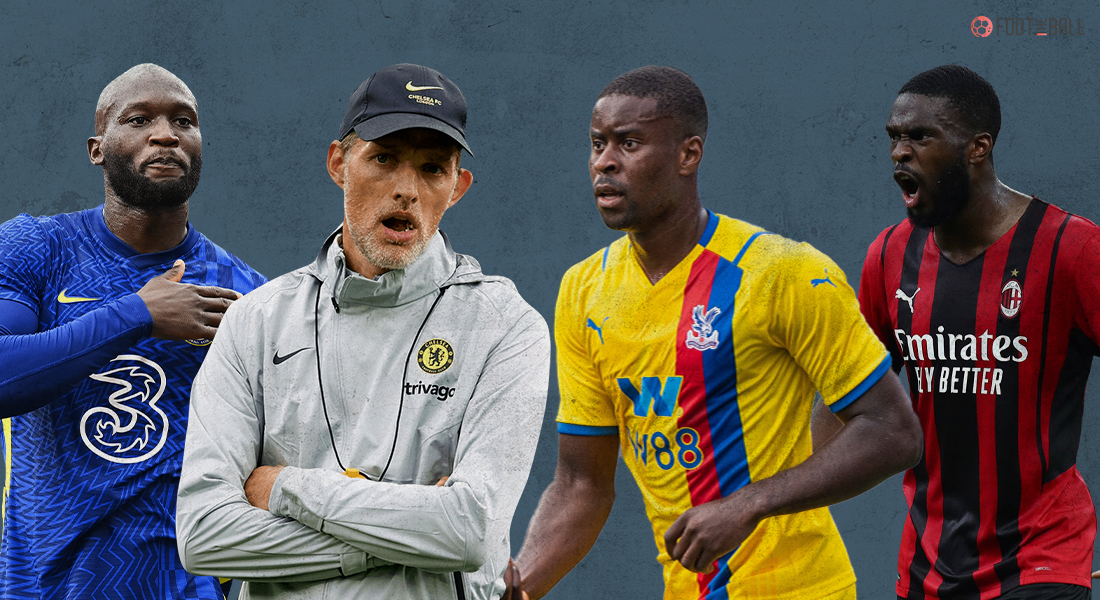 Chelsea had almost a perfect transfer window this summer. Despite bringing in just three players, among whom only one is a guaranteed starter, Thomas Tuchel’s side have reinforced their title credentials by a lot.

Rate the window out of 10 👇 pic.twitter.com/SSdO0zZYIL

Furthermore, through some brilliantly worked out departures and loan deals, the Blues have managed to recuperate a lot of the money spent already. Last season’s UEFA Champions League winners will also be looking to make it out of a tricky group-stage, having been drawn with Juventus, Zenit and Malmo.

In the Premier League, they have started the season with two wins and a draw after a fractious affair against Liverpool shorn them of a third consecutive win. FootTheBall takes a look at Chelsea’s transfer activity and how they performed overall.

The standout name in this list is obviously the return of the prodigal son Romelu Lukaku for £97m. Having left a decade earlier for pastures anew, Lukaku has developed into one of the most fierce strikers in the game. His pace, hold-up play, and deadly finishing helped Inter Milan to the Serie A title last season as Lukaku netted 24 times.

He was named the MVP of the league and his debut back in England was off to a flier. Lukaku bullied Pablo Mari and Rob Holding all match long in the derby against Arsenal. He scored once and had chances to add more too. In the most recent match, Lukaku had a subdued time but was still a handful for the Liverpool defence when he had the ball at his feet.

There is no doubt that Lukaku’s prolific nature will be key if Chelsea are to win silverware this season.

One of the most interesting moves of the Premier League was also one of its last. Spanish midfielder Saul’s loan deal for €5m is as filled with intrigue as it is with talent. Chelsea already have some of the best players in the position including N’Golo Kante, Mateo Kovacic and Jorginho.

The addition of Saul further stacks up the options for Tuchel who now has the luxury of resting one of the above three more. Saul has not had the best of times recently as he admitted after the transfer but the fact that he wants a challenge by moving to London was clear. His talent and abilities have never been in doubt and if he gets back to his mercurial best this season, it will be beneficial to all parties involved.

Bettinelli has been snapped up from second-division Fulham to provide cover for Eduoard Mendy and Kepa. Having released Willy Caballero and Jamal Blackman, this is a sensible bit of business by the team for additional depth in the position.

As evidenced from the list, it has been yet another busy window for Chelsea’s ‘loan-army.’ Talented youngsters like Billy Gilmour, Tino Anjorin, Armando Broja, Emerson, Kenedy and others have joined the likes of Michy Batshuayi, Tiemoue Bakayoko and Danny Drinkwater in spending the season elsewhere.

Wishing him all the best for the season! 🤝

However, what has been most notable this time is the number of permanent sales that the Blues have made. Players on the verge of breaking through to the first-team or on the fringes have moved on for big money moves. Fikayo Tomori, Marc Guehi, Tammy Abraham, Davide Zappacosta, Kurt Zouma have all earned the club a substantial amount of fees.

Here are just some of their sales:

Furthermore, a lot of players from the U23s have also left including Tino Livramento, Dynel Simeu, and Dujon Sterling. This has helped Chelsea balance the books a lot as the money spent on Lukaku has almost been brought back into the finances.

The reason for this being an “almost perfect” window is because of the fact that one of their chief targets stayed on at his parent club. French defender Jules Kounde had been earmarked by Tuchel to bolster their backline but differences over valuation saw the deal fall through.

This in turn might open the door for promising defender Trevoh Chalobah to get more first-team minutes under his belt. As highlighted by us beforehand, centre-back was a pressing need for the Blues and they will now have to rely on Chalobah for sure, having also let Zouma go. In all other aspects, however, the club has indeed strengthened.

Zouma sold. No Kounde. Big season ahead for Chalobah & a great opportunity for him to cement himself into this Chelsea team.. pic.twitter.com/PwEnNNnpXS

Their first priority of a striker was filled by Lukaku while Saul will give cover in the middle. Having also kept hold of Callum Hudson-Odoi and Marcus Alonso, the latter being used extensively already, Tuchel will have a variety of options at his disposal given how their opponents have also added new faces.

Marcos, Marcos Alonso runs down the wing for me. 🎶@marcosalonso03 has been nominated for the Premier League Player of the Month Award! 👏#PLAwards | @EASPORTSFIFA

Conversely, the outgoings have also brought in money while not undermining the squad either. Overall, an extremely satisfactory window for everyone involved with the club.