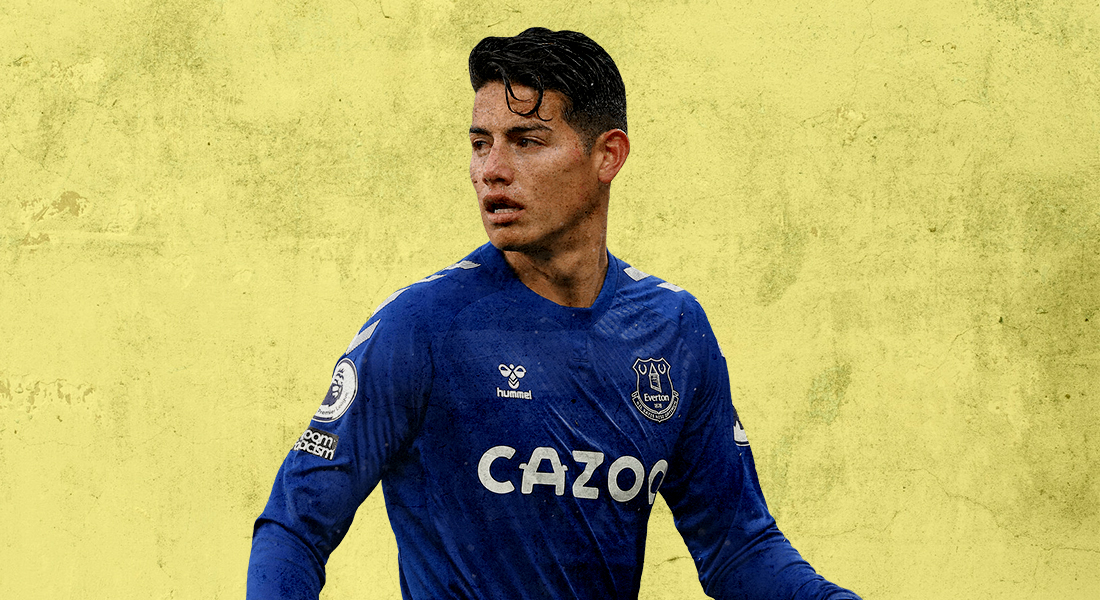 Everton midfielder James Rodriguez has spilled the beans to the media about his potential failed move to Atletico Madrid last summer and the reason the deal didn’t go through. The Colombian footballer was on the brink of joining the ranks of Los Rojiblancos in the Spanish capital, only for his former club Real Madrid to block the move.

Consequently, Rodriguez had to settle for the Merseyside club as he had fallen down the pecking order under Zinedine Zidane at Real Madrid and he moved to Goodison Park last summer as a free agent. He had been holding talks with Diego Simeone last summer for a possible move to the Wanda Metropolitano, but all of it was to no avail as Los Merengues ultimately didn’t let him join their crosstown rivals.

The merseyside derby is ours. 👌🏼💪🏼 pic.twitter.com/VBBYLUXfcc

In a statement to ESPN, Rodriguez said the following “It was nearly a done deal to go to Atletico, I spoke with Simeone, he said I could be important, and [Real] didn’t let me go”, “[Real president] Florentino Perez knew that with Zidane that I wouldn’t play much. It was a bad year, I wanted to come to Everton to play and show what I can do”

WHY DID HE COME TO THE PREMIER LEAGUE?

The 29-year old admitted that he wouldn’t have made the switch to the Toffees had Carlo Ancelotti not been at the helm of the club. The Italian manager and the Colombian share an excellent rapport and the camaraderie between the two is amply clear and evident as they have worked together at Real Madrid and Bayern Munich previously. As such, the prospect of reuniting with the Italian manager convinced Rodriguez to come to England

“I’ll say it with all sincerity that if Carlo weren’t here, I wouldn’t have come.” he added. “I [have] started to get to know the club, how they work, how they want to work, win things, play in Europe. The fact that Carlo is here was fundamental to me coming, where I am learning every day”