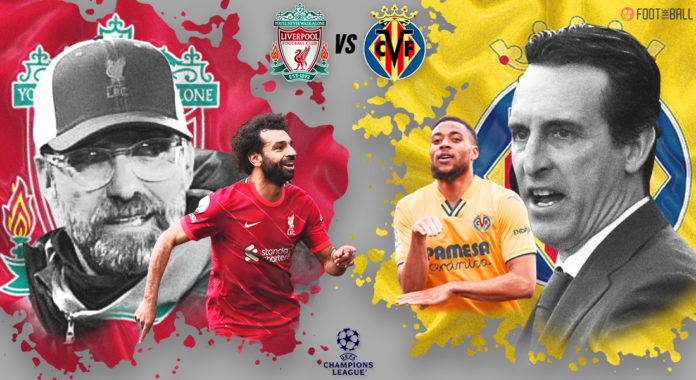 The winners in 2019 host the surprise package of the season at Anfield.

Liverpool are undefeated in the last 14 league games in their pursuit of the top spot. Jurgen Klopp’s men have been superb in Europe too, barring the second leg against Benfica.

The front three are now a fab five with Luis Diaz and Diogo Jota. The extremely fluid nature of their attackers, ably supported by the midfield and fullbacks is overwhelming for opponents.

Everton tried to resist but failed in the end, like so many before them. The twin behemoths in Virgil van Dijk and Joel Mario have been unflappable in defence. A strong start in the first leg will be key in progressing to another final and keeping hopes of the quadruple alive.

Villarreal are somehow, someway in the semis of the Champions League once again. It’s been many years since the Yellow Submarine had made it this far. Unai Emery and his mastery of the Europa League have finally taken over the biggest stage. He has an excellent cast of selfless players who were middling talents at their previous clubs.

#UCL | @UnaiEmery_'s side trained today with the @ChampionsLeague semi-final clash in mind 🧠.

Juan Foyth, Etienne Capoue, Francis Coquelin, and others have embodied the excellent development under Emery. Juventus and Bayern Munich both paid the price for underestimating Villarreal. Therefore, anything other than a loss in the first leg will be a huge result for the underdogs.

As compared to the other semi-final, this one is not getting not too many headlines. However, that could prove to be a misstep since Villarreal are known for upsetting the applecart.

Liverpool have no injury issues to deal with. The only unpredictable matter in which three start in attack.

Alberto Moreno and top striker Gerard Moreno will both miss this crunch clash.

It’s tough to choose only one impactful player for Liverpool. In recent form, it has to be Sadio Mane. The Senegalese’s position was thought to be in danger when Diaz was signed. However, Mane has shown why he continues to be one of the deadliest goal poachers of this generation.

Sadio Mane has been directly involved in 15 goals since the start of 2022 for club & country:

His playmaking skills against Manchester United took everyone by surprise. Moreover, the pass for Liverpool’s second goal was a thing of beauty. With 14 goals in the league, there’s no chance why Mane can’t add more. Liverpool will look to target Raul Albiol, given he is not the quickest. With the wide players occupying the fullbacks, Mane can get into dangerous positions and score.

For Villarreal, the danger man is the one and only Arnaut Danjuma. The former Bournemouth attacker has 16 goals and four assists across all competitions. Danjuma has all the attributes that make him a very dangerous proposition. His pace, finishing, and versatility across the final third have enabled his success greatly.

🐍🇳🇱 @Danjuma is on 🔟 #LaLigaSantander goals this season!

Danjuma has been the focal point of threat for Unai Emery and opponents have struggled to contain him. Liverpool do show weakness when defending against speedy strikers. The backline was beaten time and again for pace by Anthony Gordon at the weekend.

Danjuma can follow the same blueprint and Villarreal will be in business. With the absence of Gerard Moreno, his role will take on even greater significance.

On paper, there should be only one winner. However, the same was also true for Villarreal’s last two opponents. Liverpool cannot get complacent and take it too easy at home. It should be an exciting affair given that the Yellow Submarine are not known to hold back. FootTheBall predicts a 2-0 win for the Reds.