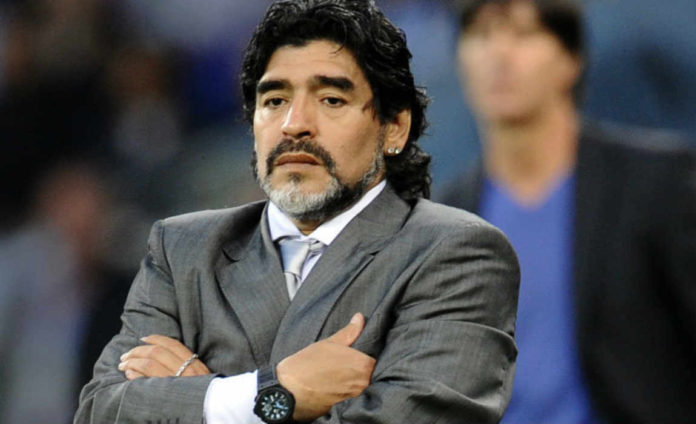 The Argentine Football Association (AFA) must be restructured for the national team to once against thrive, according to Albiceleste great Diego Maradona.

Argentina were eliminated from this summer’s World Cup in Russia following a 4-3 loss to eventual champions France in the round of 16.

“A house has to be built on solid foundations and today the mother house of (Argentine) football is a disaster,” Maradona said on Monday.

The 57-year-old criticized AFA directors and staff who applauded President Claudio Tapia upon his return from Russia at Ezeiza airport in Buenos Aires earlier this month.

“It can’t be the case that the corrupt people who are with him (at the AFA) go to receive him at Ezeiza,” Maradona said.

The AFA are currently searching for a new national coach after sacking Jorge Sampaoli last week.

Maradona, who won the World Cup with Argentina in 1986, ruled out any interest in the position.

“No, no, no. Not me. I’m not talking about the coach,” he said. “I’m talking about (appointing) directors who know what they are doing.”