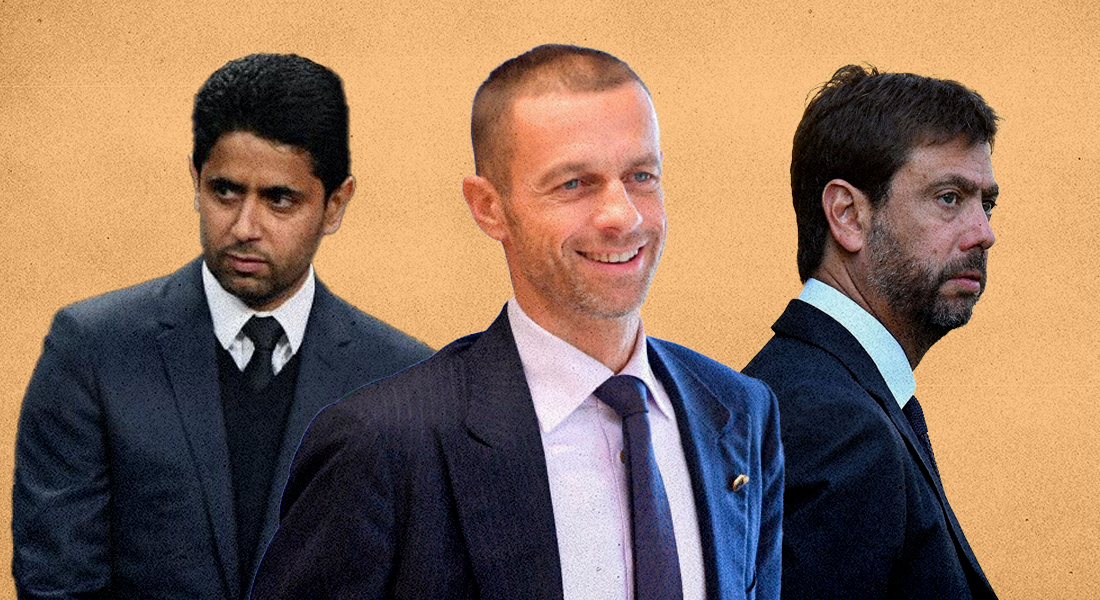 Qatar’s Nasser Ghanem Al Khelaifi has replaced Andrea Agnelli as chairman of the European Clubs Association ,ECA after the breakdown of the proposed European Super League. Agnelli stepped down from the ECA in response to the formation of the Super League, assuming the role of the new competition’s chairman. Despite of the competition not moving forward, UEFA has decided to not reinstate Agnelli as the ECA chief and rather go with a new more friendly face in  PSG President Nasser Ghanem Al Khelaifi.

Congratulations to Nasser Al-Khelaifi, Chairman & CEO of @psg_english, who has today been elected as the new #ECA Chairman 👏 pic.twitter.com/fYeU4eANWx

PSG and Bayern Munich were the only ones who rejected to be the ‘Founding Father’ when the league was proposed. While only Real Madrid and Barcelona are yet to confirm their withdrawal from the now-suspended tournament, after all six English teams involved pulled out on Tuesday, with Atletico Madrid, Juventus, Inter and Milan following suit on Wednesday.

Al Khelaifi, who has been in charge of PSG since 2011 is a man who wears different hats. Al Khelaifi heads the Qatar Tennis and Squash Federation and is also one of the vice presidents of the Asian Tennis Federation.

“I am honoured and humbled to have been appointed by my fellow ECA Executive Board Members as Chairman,” he said in a statement.

“The leadership, integrity and togetherness of our organisation has never been more required than at this pivotal moment in European football.

The European Club Association (ECA) Executive Board has today appointed Nasser Al-Khelaifi (Chairman & CEO of Paris Saint-Germain) as the new Chairman of the ECA.https://t.co/IlCOSDXTim

“I will provide my unconditional commitment to the entire football community: that means to all ECA Member Clubs from every European nation, and to the fans and communities they represent.

🗣 “The leadership, integrity and togetherness of our organisation has never been more required than at this pivotal moment in European football”

“I, alongside all my fellow ECA Board Members and Clubs, am looking to reinforce ECA in its role as the legitimate and singular voice of Europe’s clubs. Our game, adored by generations of supporters, will only prosper under unity, and it is our duty as the custodians of football to fulfil this obligation.”

What did the ECA say?

ECA, which represents the interests of clubs all over Europe, was “unanimous in its condemnation of the actions of the departing members, which it holds to be self-serving and to the detriment of the game’s well-being.”

Now, with Al-Khelaifi at the helm, the organisation is calling for unity and for its members to continue to do what is best for the game, not their finances.

Take a read of our official statement following the election of the new #ECA Chairman today 👇 Read the full article on our website here 👉 https://t.co/MMUnp5M6vf @PSG_English pic.twitter.com/NVtUPzbLyt

“Following the unprecedented events of recent days which has seen attempts to undermine the entire European football community, ECA – representing the leading football clubs of Europe – welcomes the decision from its former member clubs not to pursue their purported ‘Super League’ project,” they said in a statement. ECA firmly believes this project could not succeed because football, at its core, is based on openness, sporting excellence and an inherent connection between everyone across the football family.

“Football is for everybody. Recent events have been a reminder that club owners are merely custodians of their clubs, which are historic beacons that mean so much to fans and their communities. ECA believes that it is the responsibility of every member club to ensure that we develop football and leave it in a better place for the next generation; not to dismantle it purely for financial gain.”

Nasser Ghanem Al Khelaifi and UEFA want to make sure that something like this never happens again and they are ready to take harsh steps for that as reports of ‘consequences’ for teams that left the ECA have started emerging.