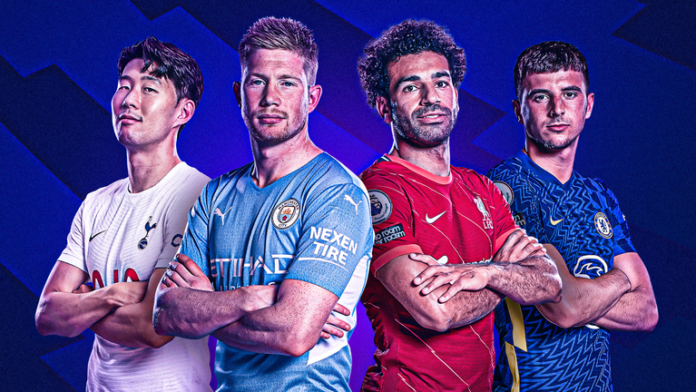 This year’s Premier League season has offered everything we love in football: fantastic goals, hard tackles and unparalleled excitement.

It’s been a joy to see two of the best football teams in England of all time – Liverpool and Manchester City – fight for the coveted trophy. The title decided for this season was left until the last round of fixtures, and there are probably no fans of Liverpool or Manchester City who have nails left.

There is no doubt that football, and of course the Premier League – the world’s largest football league – provides immense excitement. The Premier League is also one of the most popular leagues when it comes to online betting, and many choose to place bets for further excitement.

Such a place means great income and is incredibly important for the clubs. The teams that finished in the top four this season were Manchester City, Liverpool, Chelsea and Tottenham.

For Tottenham, it’s an important step to attract the calibre of players Conte wants to be able to mount serious challenges for trophies.

It was very even at the top in this year’s Premier League season, and Manchester City and Liverpool fought for the title until the last round. There, Manchester City showed what they are good at, by scoring three goals in five minutes, after being below 2-0 for a long period.

It was about to win the title, even though Liverpool beat Wolverhampton 3-1 at home.

Teams that have to take a step down

Although it has been tight at the top, it has not been as tight at the bottom. It became clear quite early on that both Norwich and Watford must make the trip down to the Championship. They get Burnley with them, but it only became clear after the last round of the series, when they lost 1-2 against Newcastle.

Steve Cooper has led @NFFC back to the Premier League after 23 years.

His tactics and managerial style have been a joy to watch. Read the full analysis of a masterful team below 👇#NFFC #nottingham #nottinghamforest #PremierLeague https://t.co/MEfpACK52P

Both Norwich and Watford have had Norwegians who have played for the team. Norwich hired Mathias Normann for the season, on loan from the Russian team Rostov. Watford have the Norwegian striker, Joshua King, on the team. Both of these players have made a good figure for their team, despite being relegated.

Whether Mathias Normann or Joshua King will remain in the Premier League through sales or loans remains to be seen. In any case, it has been fun to follow, and we look forward to the continuation.

Looking forward to next season

There is no doubt that next year’s season of the Premier League will be extremely exciting. We will see not only Norway’s superstar, but a global superstar in the shape of Erling Braut Haaland as a striker for England’s best football team; we will see a Liverpool who are hungry for revenge, and we will see an incredible number of fine goals. We are really looking forward to next year’s edition of the world’s best football league.