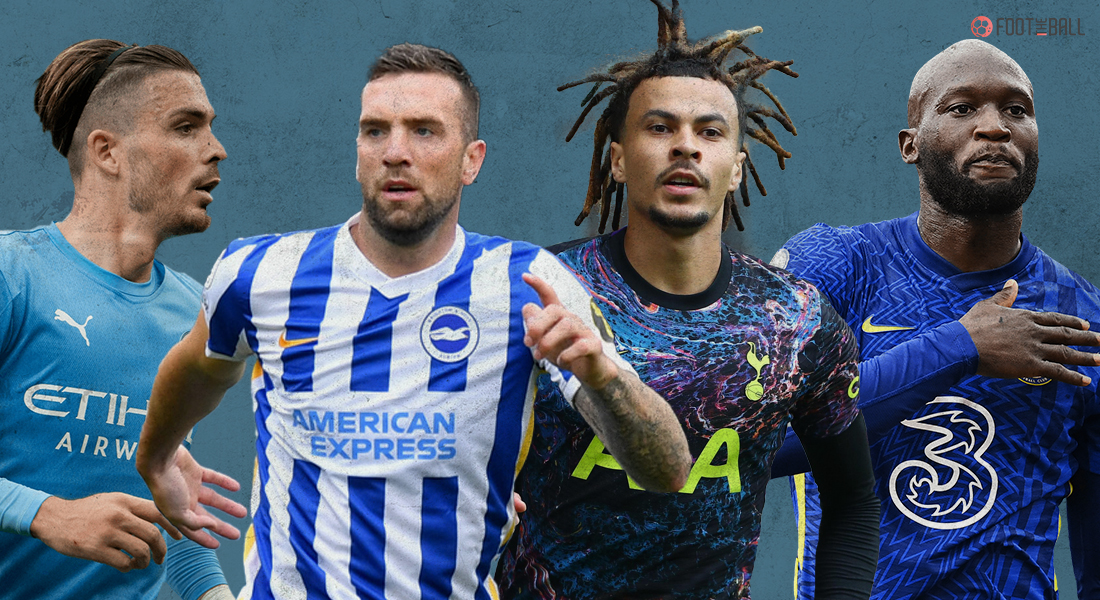 The second gameweek of the Premier League this season has brought with it a whole host of talking points as Brighton broke into the top four positions with a 100% record while Arsenal recorded 0 points from their opening two games for the first time in the club’s history in the competition.

Romelu Lukaku hit the ground running in London for Chelsea as he opened the scoring at the Emirates against Arsenal and Shane Duffy starred for Brighton as the Seagulls went into the top four after an exhilarating win against promoted side Watford.

Meanwhile, Brentford are yet to concede even a single goal in the Premier League and have amassed an impressive 4 points from a possible 6 in the opening two games against local rivals

As the curtain draws to a close on all the action from gameweek 2 in England, FootTheBall brings to you the top 5 talking points from the Premier League.

Chelsea acquired Romelu Lukaku for €115 million from Italian champions Inter Milan this summer to ease the burden on Timo Werner and the Belgian displayed the reason why the Blues went on a spending spree to bring him back to London.

In his second debut at Chelsea, Lukaku took just 15 minutes to showcase why Roman Abramovich went for him as he opened the scoring at the Emirates in the North-West London Derby against Arsenal.

The Gunners’ Pablo Mari was no match for the former Manchester United player as he brushed aside the Spaniard on his way to scoring the easiest of goals from close range on his second debut for Chelsea.

True, that Arsenal offered very little test to this Chelsea side, who will probably meet their match against teams such as City, Liverpool or United, but nevertheless the opening half an hour’s performance from Chelsea was commendable, to say the least.

Wolverhampton Wanderers, under their new manager Bruno Lage, have been non-clinical in front of goal on their way to losing their opening two games and sit just two places above the relegation zone.

"The way we pressed, the way we played with the ball, I think we were the better team but, in the end, after 25 attempts on goal, we need to score."

One of the primary talking points is the fact that Wolves have attempted a combined 42 shots in their first two games in the Premier League, but only nine of them have been on target and none of them have gone past the opposition goalkeeper to end up in the back of the net.

What further complicates matters for them is the apparent lack of depth in the squad as there are not a plethora of alternatives on the bench for them which can be a headache as the games in the EFL Cup and FA Cup will require some amount of rotation by the manager in the league.

Danny Ings has now scored 2 goals in as many games for Aston Villa and now the English club sits in 10th place, level on points with Manchester City.

Ings scored a late penalty in the opening day loss at Watford to reduce the arrears and to top it all, he scored on his home debut at Villa Park with a stunning overhead kick to give Villa the lead heading into the half-time break.

The English football player has demonstrated his ability in front of goal and in the next gameweek Villa face promoted side Brentford at home and there will not be a better opportunity to write himself into the folklore of Aston Villa’s hallowed pantheon of players than by scoring in three consecutive matches for them.

This summer Southampton witnessed a string of high-profile departures from the south coast of England, but their transfer policy in terms of player acquisitions is really sound. Testament to this fact is the signing of Tino Livramento from Chelsea this summer.

Describe Tino's performance against #MUFC in one word: _____. 💫 pic.twitter.com/jklUdkxV3M

The 18-year old was handed his home debut by Ralph Hassenhuttl and he didn’t take a wrong step on the pitch for the Saints. Tasked with keeping Paul Pogba quiet on the south coast, the teenager not only managed to do that, but also excelled when going forward to join the team’s attack.

The standout moment was perhaps when Livramento raced from one end of the ground to another, leaving United’s Fred on all fours, before firing in a beautiful cross in the penalty box to the applause of the home fans at St. Mary’s Stadium.

The Seagulls are in third place, only behind title contenders Chelsea and Liverpool in the Premier League table, and ahead of the likes of Manchester United and Manchester City after two games played.

Shane Duffy was their standout performer in gameweek 2 as Brighton won at home to promoted side Watford and the Irish international scored for the Seagulls from a header to cap off a memorable evening for Graham Potter’s charges.

Many had predicted that they would miss the presence of Ben White in defence, but so far Duffy has exhibited that after all White wouldn’t be missed as much as sports media outlets were anticipating before the beginning of the season.

Duffy will be leading from the front after an all-round, dominant performance against Watford at home as he possibly experiences a renaissance in England.