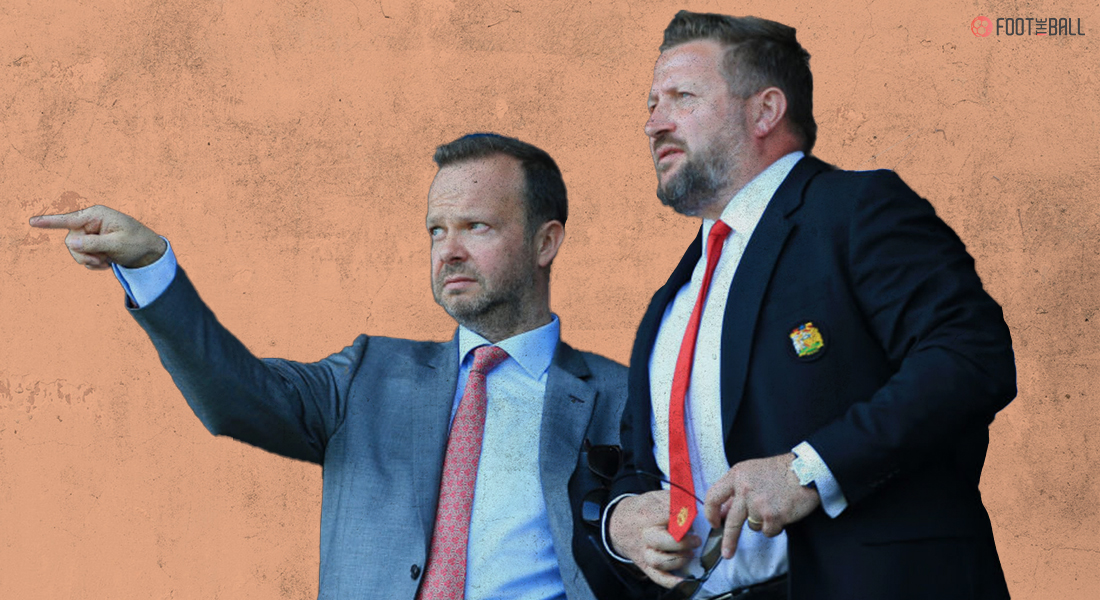 A longtime familiar face is finally set to leave his current position with Manchester United after years of service. After much speculation on his role. Ed Woodward is set to go through with his promise and leave his post of Vice-Chairman of Manchester United. He is expected to remain at the club in a consultancy role. The next man in line will be Richard Arnold, a name not many of the supporters will be familiar with.

Confirmed. Richard Arnold to take over as @ManUtd chief executive on 1 Feb, when Ed Woodward leaves his position as executive vice-chairman. Woodward to stay on football club board until end of season but no consultancy role beyond that as previously suggested.

All set to take the reigns as Manchester United’s first Chief Executive since David Gill in 2013, Richard Arnold is set to become a powerful figure in world football.

So, who exactly is Arnold and what has he been doing so far with United?

Richard Arnold confronted angry fans, and here’s what went down after the discussions

WHO IS RICHARD ARNOLD?

Arnold’s current job title is “Group Managing Director” of the NYSE-listed company which controls Manchester United. He is formerly of PricewaterhouseCoopers and has extensive experience regarding the business side of things. Arnold was nominated for SportBusiness International’s Sports innovator of the year list in 2011 for his work.

Simply put, he has been the source of some of the most lucrative deals that the club have made, as his job profile had him tasked with growing the club’s sponsorship business, be it apparel, merchandising or more.

His portfolio includes the deals with Chevrolet as shirt sponsor for 7-years/$600m as well as the 10-year/$1.3 billion with Adidas (a record at the time in 2015). Having been with the Glazers since 2007 when he joined as the Commercial Director, Arnold has worked through the ranks to nw potentially becoming the most powerful man at Old Trafford behind the owners.

Moreover, he has also been the spearhead for the club’s dealings with Saudi Arabia including sponsorships and advertising. Though he has been extremely successful in expanding the commercial value and worldwide footprint of United, the fans’ anger with the Glazers and Woodward for large parts of the previous decade is not going to subside so quickly.

"THE ONLY FOOTBALL THEY KNOW IS NFL!" 🏈@jaydalyutd questions if, should he get the CEO job, Richard Arnold is another Glazer puppet, and that he'll have to prove a lot for us to believe there's genuine change. #GlazersOut 🔰

Furthermore, they will also not forget the circumstances under which Woodward’s impending exit was announced and what the Glazers were brazenly trying to pull off.

The disastrous entanglement of the club with the doomed European Super League sparked off widespread protests which represented some of the major opposition to the owners in years.

Not only was Old Trafford stormed by angry fans which led to the postponement of a league match against Liverpool, but Woodward’s own house was also attacked and damaged. The latter came just one week after the club announced that the vice-chairman will be leaving his post by the end of 2021. Although Woodward is indeed getting replaced, reports suggest that he might stay at Old Trafford in a consultancy role. Fan anger at this news has been palpable. Richard Arnold could face an uphill battle regarding the fan sentiment awaiting him in the new role.

Still, the job of identifying a successor was never going to be easy and the fact that the club is not commenting on anything makes the claims of the immense task at hand even stark.

Since the debacle of the Super League, the Glazers have committed themselves to being more open and communicative with the fans. Joel Glazer has already held multiple fan forums after not being in conversation with the fans for 15 years.

After years of being stubborn in not overspending or neglecting the position of the team, this summer was supposed to be one of renewed excitement.

After overseeing the deals of Jadon Sancho and Raphael Varane, the final “gift” from Woodward was of course the homecoming of Cristiano Ronaldo. Given how he has been at the forefront of United whenever squad building came around, he has won his fair share of love and criticism.

This can be best summed up with the fact that after the last transfer window delivered three marquee signings, Woodward’s enduring message will be his unequivocal support for Ole Gunnar Solskjaer before sacking him a couple of months into the season.

🗣️ "The whole place will be electric for a few months" ⚡️

🗣️ "The Glazers have done what they always do when they get put under pressure – go and make two or three signings" @GNev2 reflects on Manchester United signing Cristiano Ronaldopic.twitter.com/HH6JCCCE45

Now, under Ralf Rangnick as manager, and potentially a consultant at the end of the season, Arnold’s first task is expected to be of choosing the person to man the dugout of Manchester United. It was said repeatedly that Woodward was not a “football” man, as in, he had never been in the game before. Arnold, while being from the same book, should be better equipped for the challenges as he is surrounded by people from football, not least of them being Ralf Rangnick.

It is up to Richard Arnold himself to combine the financial nous of Woodward with wise footballing decisions to make Manchester United a force again. Do that, and his legacy could be set in stone for years to come. Just ask David Gill. Fail to do that, and his failures will be talked about forever. Just ask his predecessor, Ed Woodward.