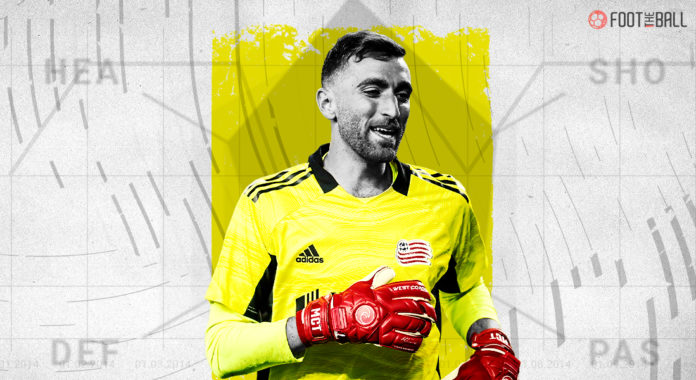 Not many people would know about Park Ridge in New Jersey in America. A non-descript borough of 9,000 odd people where people might not be familiar with the theatre at Emirates in London where over 60,000 people chant “Arsenal till I die, I’m Arsenal till I die I know I am……

But they do know Matt Turner, the local boy who has saved nine of the 20 penalties he has faced in his career.

The 27-year-old goalkeeper from New England Revolution in Major League Soccer (MLS), number two in the USMNT team, is rising and rising fast in the folklore of the great American dream. He just signed for Arsenal to replace Bernd Leno.

Turner is happy and how, already signing an Arsenal jersey after the United States victory over El Salvador.

Turner, who has been hailed as the MLS’ best and most in-form goalkeeper, is slated to follow in the footsteps of United States national team No. 1 goalkeeper Zack Steffen. The latter took the flight across the Atlantic to join Manchester City.

Standing at 1.9 metres tall, Matt Turner grabbed the eys in the 2018 MLS season where he recorded six clean sheets. And throughout his career, he has proved time and again that he is an excellent shot-stopper.

The next season, he truly established himself in the league as he made a career-high 87 saves and made seven clean sheets, the eighth highest in the league. During the season, he also had a 74.8 per cent saving rate, the third-highest among all qualifying goalkeepers. In addition, he also was ranked fifth in winning percentage at .639, and second in saves per 90 minutes at 4.54.

He was also the third when it comes to the best xGA difference in the league behind Evan Bush and Andre Blake.

His ascendancy continued in the 2020  season as he started 22 matches for the New England Revolutions recording eight wins. The Revolutions conceded 25 goals during their campaign the sixth lowest in the Eastern Conference and the ninth-lowest in the entire MLS. 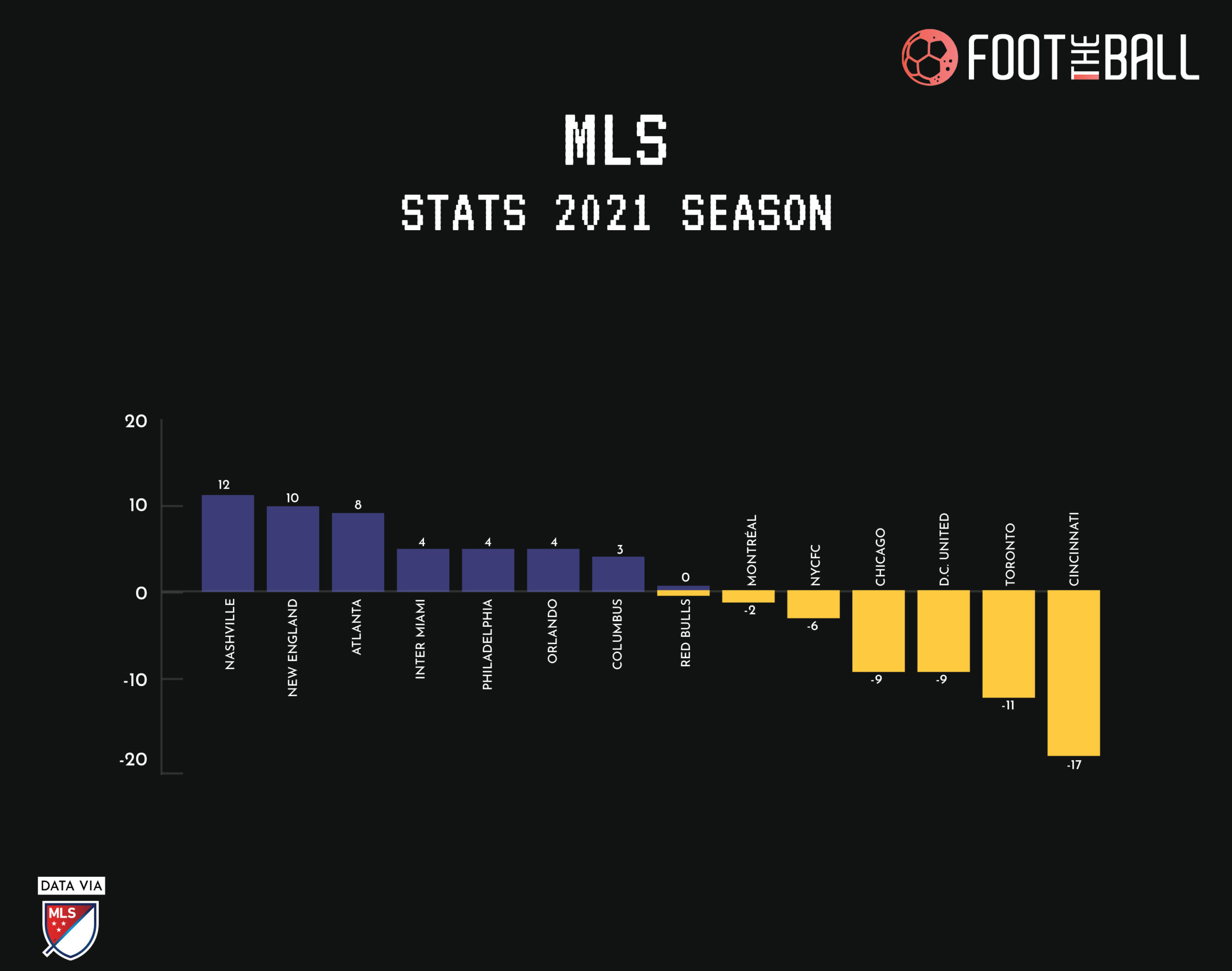 However, the club had some loopholes with the team making 0.78 defensive actions per 90 minutes outside of their own penalty are, the sixth highest in the entire MLS.

Turner was also expected to concede 32.1 goals but only conceded 25 goals actually making his score of actual expected goals allowed 7.1  For his amazing season, he was rated as the second-best goalkeeper in the MLS behind Andrew Blake. 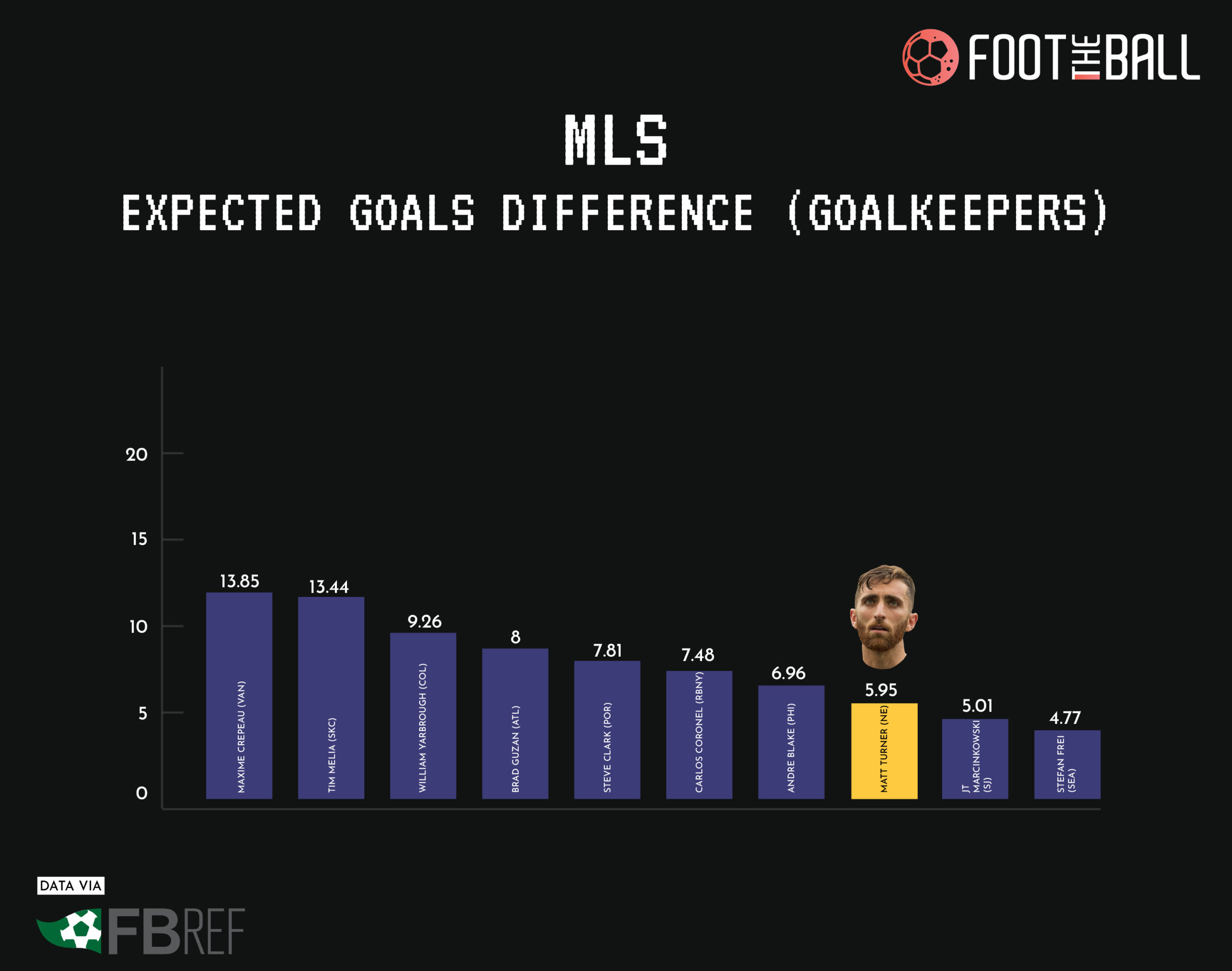 The breakthrough 2021 season and the old goalkeeper syndrome

Finishing second in the goalkeeper standings must have motivated Turner to work harder because his next season would prove to be his best. In the 2021 season, the goalkeeper made 96 saves, the seventh highest in the league as New England Revolution topped the Eastern Conference standings.

Their dominance was such that they finished 19 points ahead of any teams in the Eastern conference and 12 points ahead of the second-placed team in the overall standings.

And Turner was one of the undisputed stars of this historic achievement for which he was awarded that season’s goalkeeper of the award. 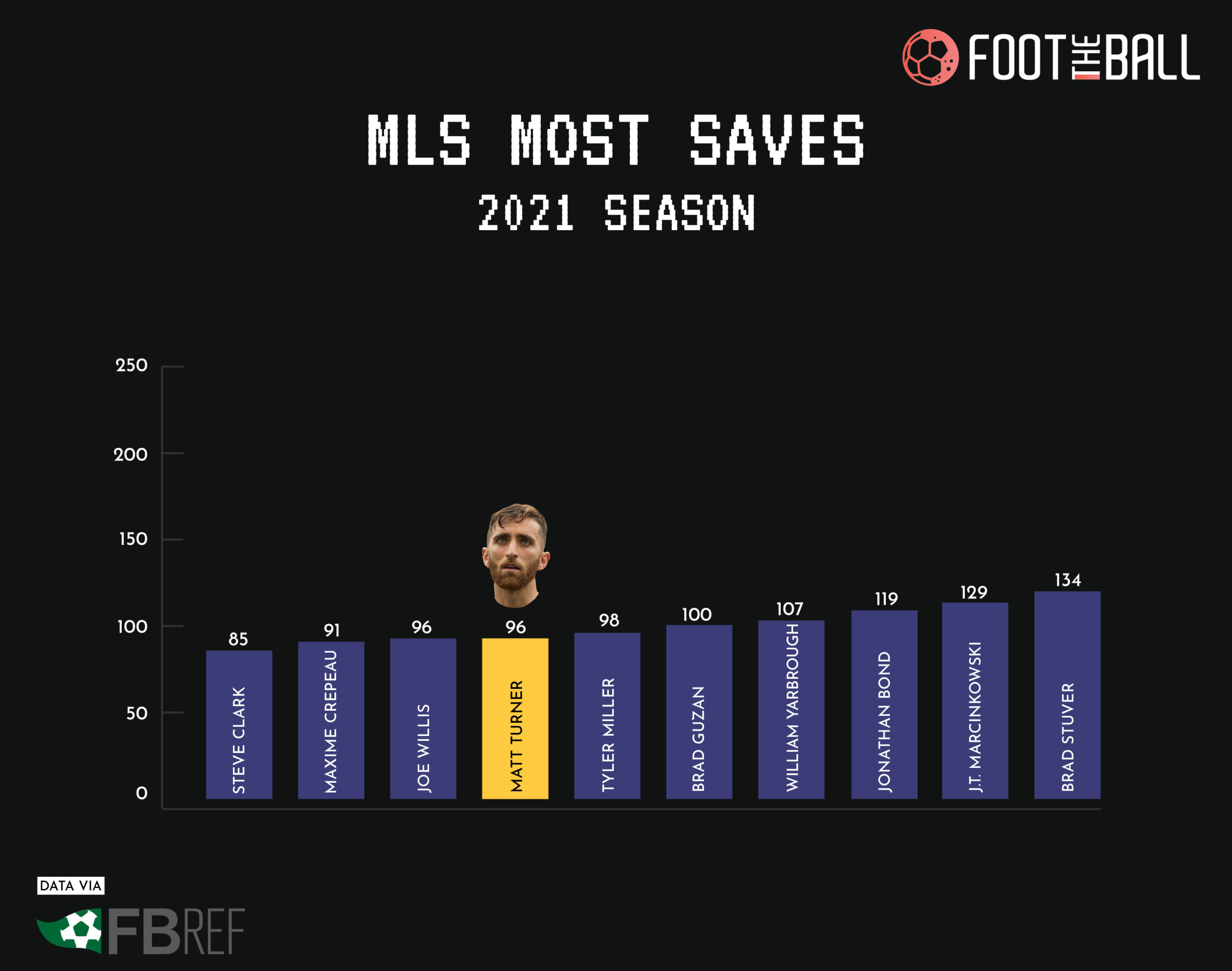 His performance also drew the attention of United States national team coach Gregg Berhalter who gave the player his debut.

The goalkeeper would be the national team’s first-choice keeper at the 2021 CONCACAF Gold Cup where he kept clean sheets as the United States won the final by beating 1-0 and Turner being awarded as the tournament’s best goalkeeper.

However, one facet of his game that he has to improve if he has to be the undisputed No. 1 for his country ahead of Zack Stephens is to improve his on-ball play.

Why Arsenal signed him?

Despite his impressive stats, the decision of him being selected over Leno as the second-choice goalkeeper is surprising. Turner has impressive numbers but they are in the MLS and a switch to the Premier League is a huge step as it is the pinnacle of football.

However, if the recent few years are anything to go by, then players from MLS have shown that they can mix it up with the best in business (Christian Pulisic and Alphonso Davies are two of many examples).

And despite a huge rise in talent in the MLS, the goalkeeper is a position where a true star has not yet been born, And even Turner is expected to play second fiddle to Aaron Ramsdale unless injuries dictate otherwise..

However, Matt Turner has come from joining the New England Revolution as an undrafted player to being named the best goalkeeper in the league in five years.

So, he has the confidence and the desire of a top-level athlete. Whether his talent will be able to back it up on the English soil remains to be seen.