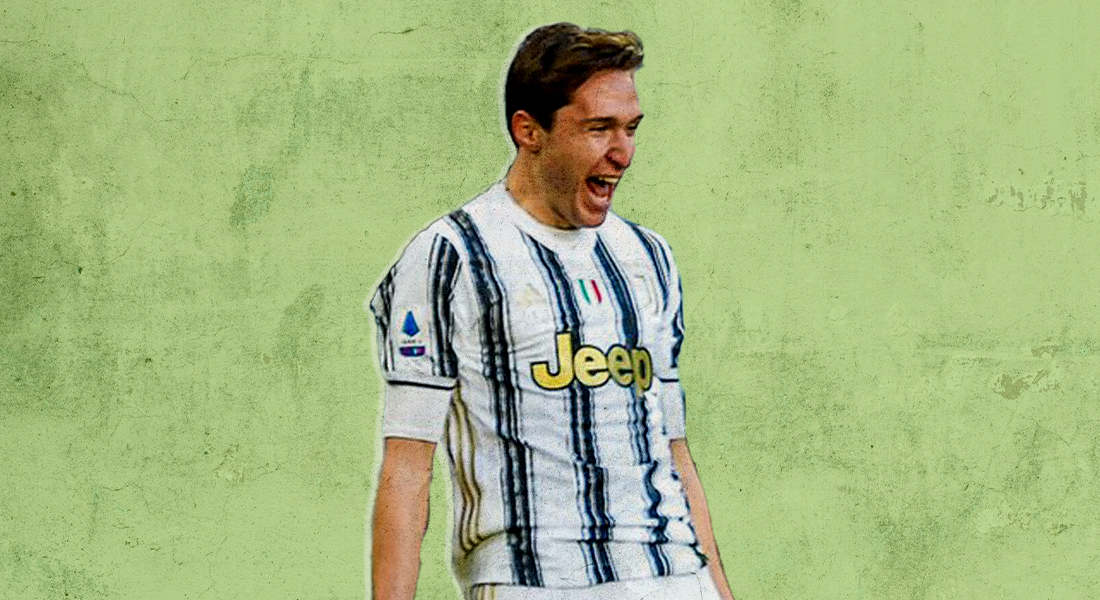 Federico Chiesa, has been silently one of the best players Serie A this Season, he is also under the Spotlight with the Euros Right Around the Corner

Federico Chiesa, son of Enrico Chiesa, a renowned Italian talisman, has been showing promise in Serie A. Federico has undoubtedly inherited the talents that his father possessed. His move to Juventus last year has shed light on the array of talent in his arsenal. Chiesa has bagged 8 goals and provided 9 assists in his 27 matches for the Italian Champions this season.

The happiness on Chiesa's face while doing Siuuuu infront of Cristiano Ronaldo. 🤗

Dubbed Ronaldo’s sidekick, the performances that Chiesa has put up not only generate interest in the league but also among the national team roaster. Chiesa is already earned numerous caps for his country and his recent form is only likely to boost his chances. Italy can rest assure that its young talents are capable of performing at the highest levels of the game.

Four goals in twice as many matches in the Champions League, the Italian winger is a threat to any defence. His prolific technique on the sidelines combined with his flexibility to play in any part of the attacking third makes him a unique prospect for the Italian outfit. Capable of building up possession and raking counter-attacks, Chiesa just about manages to fit into any system.

The 23-year-old thrives in tight spaces, always looking to get past his opponents. Drops of shoulders and slight feints have seldom failed him. His ability to drive the ball to the by-line with his pace and skill is useful for opening space in between the defence. It is evident that teams prefer doubling up on the winger to eliminate his threat, however, unlike many ball-playing wingers, Chiesa is smarter than the average.

🗣| Chiesa: In my opinion, what characterized me this season is the continuity of my performances. I think that's where I've improved the most. The mentality at Juventus, to always want to improve and win. Mister Pirlo has helped me a lot in the last few months [@SkySport] pic.twitter.com/clCFD4qGZx

Recognizing space, his balls in between enemy lines is almost flawless. With legendary man Ronaldo in front of him, the chances of his line-breaking passes to find the net become exponentially greater. High crosses and early long balls are also his specialities. Always looking to feed the ball forward, Chiesa poses a threat with and without the ball. Drawing wing backs by making runs in behind and teasing the Centre backs with movements inside the box, Chiesa is a constant cause of worry.

The Italian winger is also well respected by his teammates and manager for his industrious work ethic. Pressuring the opposition when out of possession and winning tackles to counter, he has quickly made his way up the pecking order.

Chiesa has often thrived in defence-minded setups. Juventus’s number 22 formerly played in Fiorentina, a team that also emphasised defence over the attack. The 3-5-2 formation that Fiorentina deployed saw the young Italian playing as a striker. Even though his position on paper was the number nine, he was usually found on the flanks, making inward runs using his explosive pace.

People gonna talk about the goal what an assist from Chiesa god damn 🥵🥵🥵 pic.twitter.com/CgCLfZEsyU

The experience he gained at Fiorentina has surely helped him fit into the Old Lady’s system. A similar system that the Italian national team deploys. The Italians have always deemed a defensive game and this year is no different.

Italy’s 2-0 victories over all their last 5 oppositions prove the defensive emphasis the Gli Azzurri employs. Chiesa’s nack to move into the defensive third to either provide or score makes him a valuable asset to Italy’s system. This has prompted R. Mancini to use the winger in their recent outings in the World Cup Qualifier matches.

Chiesa is the most dangerous Right Winger in Italy since Mussolini pic.twitter.com/vKUi5SyZVb

Turkey, Wales and Switzerland constitute unique problems for Italy in the upcoming Euro’s and the young man from Genoa might just turn out to be their trump card.