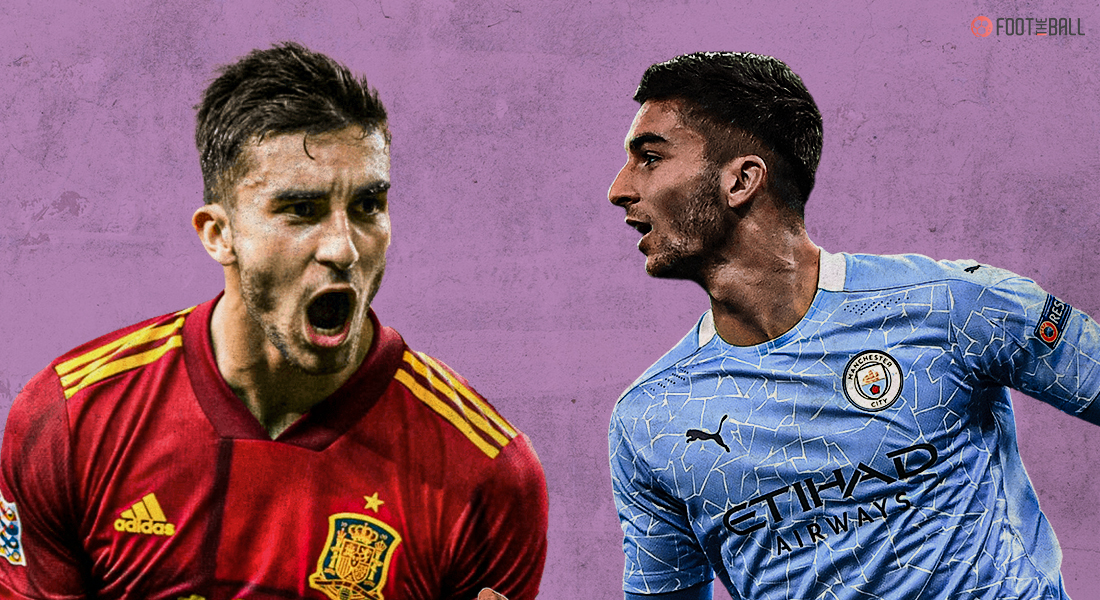 The newspaper headlines this week are filled with the young lad from Spain who scored his first hattrick in the Premier League in a thrilling seven goal encounter between Manchester City and Newcastle United. Ferran Torres, a name that you better get used to because you are going to hear it a lot this summer as Spain aim to achieve Euro 2020 glory.

Torres’ hattrick saw Manchester City comeback from 3-2 down to win the game 3-4, with him scoring the equaliser and winner within two minutes at St. James’ Park.

City set a new English record of 12 consecutive away wins in the Premier League, thanks to the La Roja star-boy. Torres scored an audacious scorpion kick off an Ilkay Gundogan set piece to score his first of the night, a goal that brought him a lot of praise and even Puskas award calls.

The view of that @FerranTorres20 beauty from our Pit Cam 🤩✨

The 21-year old prolific winger has scored 13 and created three goals in his debut season with the Cityzens.

THE TIME AT MESTALLA

Born in Foios, the Spaniard was a childhood Valencia fan who grew up watching and idolising then Valencia stars David Villa and David Silva.

He enrolled with the Valencia youth setup at the young age of six. Progressing through the ranks, Torres grew up to become one of the most talented teenagers in Spain who deserved his chance at the biggest stage.

In November 2017, he got his senior debut in a Copa Del Rey match, coming on as a substitute. The Spaniard became the first 2000s player to play in the La Liga as he made his league debut as a substitute again a month later.

He rejected offers from Real Madrid and Barcelona and stayed with The Bats till 2020 before finally Pep Guardiola came knocking. The winger wanted to continue his career at the Mestalla stadium but contract disputes, financial problems and a conversation with City boss Pep Guardiola changed everything.

He joined the blue side of Manchester in the summer of 2020 on a five-year contract for a reported transfer fee of €23 million, but making a place in City’s first team isn’t an easy job for everyone.

Torres had followed the footsteps of his idol David Silva who also moved to Manchester City from Valencia. He even inherited the number 21 jersey from Silva, who had left City a few days ago after completing his entire contract.

Here we go! We’re delighted to announce the signing of @FerranTorres20 from Valencia on a five-year deal ✍️

It didn’t take much time for Torres to mark his first appearance as he came on as a substitute in City’s first game of the season against Wolverhampton Wanderers. He scored his first goal in England a week later, in an EFL cup fixture against Burnley.

Despite only making a few substitute appearances in the Premier League, Torres became an important piece in Pep’s UCL puzzle. Scoring in four out of six group stage games, quickly becoming a fan favourite.

He got his first Premier League goal against Burnley in November 2020 and his second in December against Newcastle United. He kept on making cameos and started a few games too, but despite the club cruising through the league, he couldn’t extend his goal tally.

Great day at the Etihad! Beautiful win, and 1st goal in the @premierleague👌C’mon City 💙🦈 #mancity pic.twitter.com/1TznqG96xv

And when he finally did, it went into a losing cause as 10-man Leeds scored twice to shock Manchester City at the Etihad. The goal gave him a confidence boost as he scored again on his next start, against Crystal Palace.

Torres had impressed his boss, fans and teammates in his short stint already but his moment of magic came this Friday as he scored a 24-minute hattrick to enhance City’s title celebration.

“He was fantastic all season and an incredible signing for us,” said an ecstatic Pep Guardiola in the post-match conference praising the exceptional 21-year old.

Torres developed into a quite versatile attacking player who could play on either flank, a trequartista as well as a false 9 in Pep’s system. He has a keen eye for goals as well as his teammates in better positions, with the perfect skillset of dribbling, speed, crossing and shooting to complement it.

Ferran’s international career began with the U-17 European Championship where Spain defeated England in the final to bring the trophy home. Later, at the U-17 World Cup in the same year, the two sides met in the final once again, but England came out victorious this time.

Interestingly, on both occasions, Ferran played against his future Man City teammate and another young sensation in world football, Phil Foden. Two years later, at the U-19 Euro, Ferran Torres scored the winning penalty in the semi-final and a brace in the final to make Spain victorious at the youth version of the upcoming prestigious tournament.

After proving his mettle at every youth level, the winger finally got his shot at the senior level. After making a key contribution in Spain’s one-each friendly with Germany, he scored his first senior international goal three days later against Ukraine in another friendly.

In November 2020, the Spaniard wreaked havoc on the German defence as he scored three past Die Mannschaft’s number one, Manuel Neuer, marking his first international hattrick at the age of 20.

Despite his big money move, Torres had gone under the radar this season until now, but the extraordinary performance against Newcastle with the astonishing scorpion kick goal has changed that for good.

Ferran Torres could very well be the trump card and become Luis Enrique’s go-to man for goals alongside Gerard Moreno and surprise everyone with his skills and charisma. His recent performances are just a testament to it and Spanish fans hope he continues the form into Euro 2020.