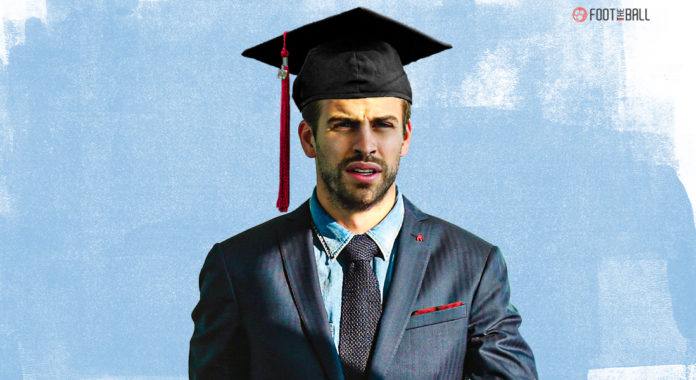 Gerard Pique has begun his ascent to become Barcelona president with his first-class at America’s famous Harvard business school. The former Manchester United centre-back is hotly tipped to become one of the most powerful men in world football if he takes over at the Nou Camp.

Pique spoke about the Barça case study, which deals with the success of the Club’s academy soccer model and its unique identity, was once again included in the course after former FC Barcelona President Josep Maria Bartomeu took part in the previous years.

ALSO READ: 10 Facts about Gerard Pique You Did Not Know

Pique’s grandfather was also a Nou Camp director and the trophy-loving star is set to follow in his footsteps. Pique has mentioned that he’s interested in serving as president of Barcelona after his playing days are over.

The 30-year-old Barca star is completing his master’s in three streams all together constituting of Business, Media, Sports, and Entertainment. Pique has seemingly started to prepare for life outside of football which also gives a push to retirement rumours.

Pique has also been to advised to take over Camp Nou as the president someday. The Barca star has been an integral part of the club ever since he re-joined in 2008 when Pep Guardiola was the manager.

Pique also spoke about the Club’s role as a local and global club, emphasizing the need to “balance both, by recognizing our obligation to embrace our global reach while, at the same time, maintaining a strong base of local supporters, which is, and always will be, with us, even when times are tough.”