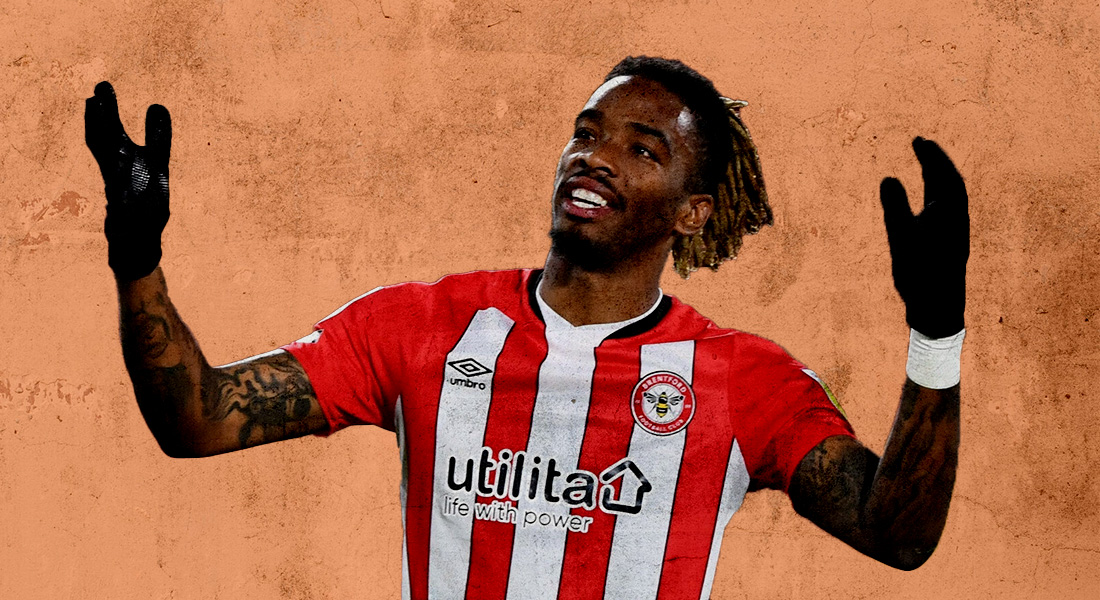 Brentfordq came within 90 minutes of promotion to the Premier League last season, losing out to Fulham in the playoff final at Wembley. In the summer they saw star men Ollie Watkins and Said Benrahma move to the Premier League and it was expected that their performance would drop off. Manager Thomas Frank and his recruitment team however, had other ideas.

The Bees have come back stronger than before and are pushing for an automatic promotion spot. The man leading the charge has been Championship top scorer Ivan Toney.

📊 Most direct goal involvements in the @SkyBetChamp

WHO IS IVAN TONEY?

A former Newcastle United player, Toney was signed from Peterborough United in League One by Brentford last summer. He was the top scorer for Peterborough in the league last season and will repeat the feat a tier above this year barring extraordinary circumstances.

Recently turned 25, Toney has worked his share in the lower leagues which earned him the move to Brentford. He is one of the brightest prospects who will no doubt be on the radar of many clubs.

So just how good is Ivan Toney? To illustrate, we compared his current season to the five previous top highest scoring seasons in the Championship. These are Teemu Pukki (18/19), Olli Watkins (19/20), Aleksandar Mitrovic (19/20), Neal Maupay (18/19), and Tammy Abraham (18/19). It is notable that all of these strikers have gone on to enjoy success in the Premier League. Watkins and Abraham have featured for England as well while Pukki and Mitrovic are regular starters for their Finland and Serbia respectively.

As seen in the illustration above, Toney is scoring more and assisting more than all his competitors. He has 0.77 goals and 0.26 assists per 90 for Brentford, a remarkable level of output. He enjoys playing in an attack minded team that has scored a Championship high 66 goals. Toney has thrived with the side moving around him.

However, his productivity is not just down to his side’s proficiency. He takes the second fewest shots per 90 among the six contenders and ranks second from bottom in the shots on target department as well.

This means that Toney requires fewer shots to score a goal than any of the other candidates. This is, in part, down to his eight penalties scored but does not take away from the fact that he is a very efficient goal-scorer.

WHAT MAKES HIM GOOD?

The Englishman is a livewire in the box. His predatory instincts are sharp and his finishing is naturally of a high quality. Toney’s 6ft tall and well-built making him a handful to deal with. However, he is also technically adept. He can drop off and operate between the defensive and midfield line as well, supplying runners beyond him.

His ice-cool penalty technique has drawn eyeballs and has all the qualities required to succeed at a higher level.

Brentford currently lie in third place in the Championship and face Birmingham next. A win will take them seven points behind Watford in the second automatic promotion spot with a game in hand. A win will also put them seven clear of Bournemouth who are in seventh place, just outside the playoff spots.

With seven games left, after Birmingham they are certainly well in contention for the automatic spot and comfortable enough to secure a playoff one. The Bees would be favourites to get promoted with a season’s experience behind them through either route.

However, the Championship is an infamously fickle league and anything can happen. Should Brentford fail to reach the Premier League there will be many suitors for Toney. Arsenal, Leicester and West Ham have all already been linked with the 25-year-old. It is a safe bet to say he will be playing in the top flight next season.

Ivan Toney has paid his dues and now it is his time in the spotlight.