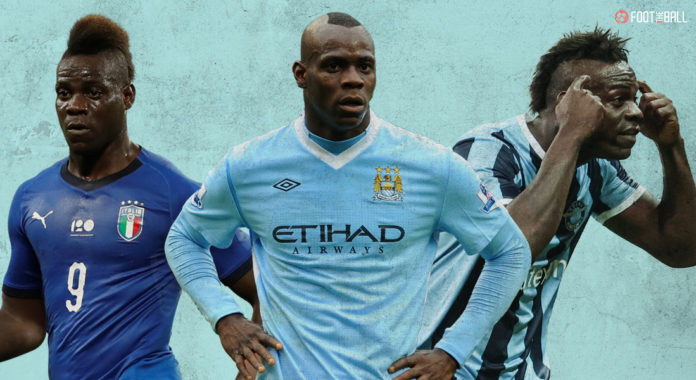 He is back! After years spending in the wilderness and bouncing from one club to another while being under international exile, Mario Balotelli has been recalled to the latest Azzurri training camp. Roberto Mancini, who has managed Balotelli two times previously, is clearly assessing all the options he has at his disposal before the crucial World Cup qualifiers in March.

Mario Balotelli has been recalled to the Italian national team by Roberto Mancini for the first time since 2018 🇮🇹 pic.twitter.com/5obNJo3YLs

The 31-year-old’s return has no doubt surprised almost everyone in the footballing world given the way the past few years have panned out. Balotelli’s troubling antics and off-field issues have been well documented throughout his career with many believing his career at the top level was long finished. However, he has genuinely been in good form over the past one year in Turkey after bouncing around since leaving AC Milan in 2014. Nevertheless, this chance is another indication of the fascination football has with its mavericks.

Balotelli burst onto the scene with Inter in 2007, scoring important goals against Juventus, Atalanta and Roma in his debut season. He won the Serie A and the Supercoppa Italiana in 2008, becoming the youngest Nerazzurri player to net in the Champions League at 18 years and 85 days. However, the honeymoon period would firmly end in the second season with Balotelli and Jose Mourinho clashing frequently over the player’s alleged lack of fitness and training acumen.

On the pitch, Balotelli would be subjected to racist chants from Juventus fans and even booed by sections of his own support after poor performances. Even his teammates criticized him for his disciplinary issues, calling for more effort from the youngster. Despite winning the treble in 2010, it was becoming clear that he would have to leave Italy soon. 28 goals from 86 appearances was enough to entice Manchester City to come calling, reuniting the striker with Mancini.

Balotelli won the Golden Boy award in 2010, and seemed to be settling well after a rocky start that involved injuries and a sending off. He was man of the match in the FA Cup final in 2011, as City won the competition for its first piece of silverware in 35 years. Balotelli started the 2011-12 season in hot form, scoring three goals in three Premier League games before October. Then came the famous 6-1 drubbing of arch rivals Manchester United, with the Italian scoring the opening two goals and forcing the sending off of Johnny Evans. The celebration after his first strike remains etched in the folklore of the league, with Balotelli taking his shirt off to reveal an innerwear with the words “WHY ALWAYS ME?” which was in reference to the numerous media reports and stories attributed to him.

One Balotelli moment is getting more mentions from you than any other. It's this famous celebration: pic.twitter.com/b1WETl04

Mancini would call his protegee “crazy but I love him because he’s a good guy.” Balotelli was charged with violent conduct for stamping on Scott Parker in January, being banned for four matches. However, his crowning moment would shake the foundations of future title races and firmly put City as a consistent challenger for the title. In that famous final league match of the season against QPR, with the score tied at 2-2 and needing one more goal, Balotelli’s assist to Sergio Aguero while falling down led to the one of the greatest scenes in the history of English football. He ended the season with 13 league goals, his first double-digit scoring season of his career.

Having missed 11 games across all competitions due to suspensions, City fined him two weeks’ wages and he mostly appeared from the bench. But 2012 would continue to be his year, as Balotelli became the first black player to represent Italy at a major international tournament. However, his performances on the pitch did not inspire confidence with many in the media and even Cesare Prandelli himself, not entirely sure of Balotelli’s place in the lineup. Once again, he proved his detractors wrong by scoring against Ireland, after which he was stopped from celebrating by Leonardo Bonucci in fear of getting in trouble. Balotelli started against England in the quarter-finals, but was wasteful.

Never not enjoyable to watch Mario Balotelli hit a football as hard as he possibly can.

After the last two years, the upcoming Mancini and Balotelli reunion is the least we deserve.pic.twitter.com/1qhWW7iVTZ

In the semis against Germany, he scored twice as Italy won 2-1. Time for another iconic celebration after the first goal, with Balotelli taking off his shirt and standing motionless, flexing his muscles. As the years went on, that year would come to define Balotelli more and more as his days of wandering started.

Balotelli would cross the Milanese divide and join AC Milan in January 2013, going on to enjoy one of his hottest goal scoring streaks of his career. 12 goals in 13 matches helped the Rossoneri qualify for next season’s Champions League. He would spend just one more year in Italy, scoring 18 times across all competitions before another sensational transfer. Liverpool signed the then 24-year-old to replace the departed Luis Suarez but his time at Anfield will be a far cry from his previous days in the Premier League.

Since making his league debut for AC Milan in 2013, no player has scored more Serie A goals than Mario Balotelli (26) pic.twitter.com/q97RLm3lIg

He was criticized by Brendan Roders for swapping shirts with Pepe at halftime; suspended and fined for posting an image on social media that seemingly containing racist and anti-Semitic messages. Balotelli’s first goal in the league came in his 13th appearance, and there would be only three more before the season ended.

He spent the 2015-16 back on loan with Milan, but hampered by injuries and poor form, could only score three goals in 23 appearances across all competitions. With Jurgen Klopp now in charge of Liverpool, there was no future for Balotelli at the club. He left for Nice and had an explosive start, scoring four goals in his first two matches. The familiar themes of getting sent off and derogatory racist chanting aimed at Balotelli continued, as he finished with 10 goals in Ligue 1.

Mario Balotelli has now scored 5 goals in just 309 minutes of football for Nice this season.

The second season syndrome hit again, with 26 across all competitions in 2017-18 which led to a national recall that turned into his final appearances for the Azzurri till now. However, his third season saw him fall out of favour with Patrick Vieira over fitness and punctuality issues leading to him leaving for Marseille in January.

Mario Balotelli has scored in each of his first five Ligue 1 home games for Marseille:

The next 18 months would produce 13 goals in 34 appearances. Balotelli joined Monza in Serie B in December 2020 after being persuaded by former Milan owner Silvio Berlusconi. However, things didn’t work out as either party would have hoped for, and he was once again searching for a new club the next season.

Balotelli signed with newly-promoted Adama Demirspor in the Turkish Super Lig and looks to have finally settled down for now. Eight goals and three assists in 15 starts with no red cards. Seven yellows, yes, but this has been most prolific season since his final campaign in France where he netted eight times over the whole season. He is well on course to double his current tally by the end of the season and quite possibly reach the 20-goals mark too.

Balotelli certainly knows where the back of the net is and with Italy having to negotiate a tricky path, can definitely help even as a substitute off the bench. Mancini is probably the only manager who has a somewhat good relationship with him, which will be crucial in tempering Balotelli for the nation’s cause. Super Mario is back and there is never a dull moment with him around.