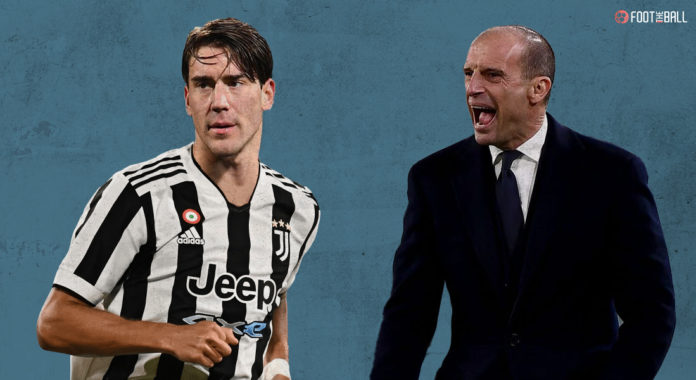 One of the more enduring sagas of the transfer window that emerged in Serie A finally looks to be heading towards a conclusion. Fiorentina striker Dusan Vlahovic has been at the centre of immense transfer speculation ever since rejecting a contract extension last year. With his current deal set to expire in 2023, there have been several clubs chasing after the Serbian this month.

Arsenal were early frontrunners, with Manchester City also said to be in the mix. The Gunners’ proposal was never really met with enthusiasm by Vlahovic’s agent who has been handling all negotiations. In the past two days, however, it has been Juventus who have emerged as the winners having agreed a fee of €75m to sign him immediately. The ramifications of the deal could be immense for Serie A in the short and long-term.

Juventus have submitted an official bid for Dusan Vlahović and Fiorentina are prepared to accept: €75m fee on the table to sign Serbian striker immediately. Verbal agreement between clubs in place. 🇷🇸 #Vlahovic

The Old Lady were in dire need of a consistent goalscorer and have finally have gotten their man in order to salvage a pretty middling season till now while the Viola’s attempts to finish in the top six just took a huge hit.

Vlahovic’s stock really skyrocketed on the back of his performances last season. 21 goals and three assists in 37 games saw him finish as the fourth-highest goal scorer in the league. The fact that they came from 34 shots-on-target (SoT) is impressive, with 1.05 when it comes to P90. Fiorentina use a 4-3-3 with Vlahovic through the middle and though he is not particularly renowned for setting teammates up, he does get involved in the buildup play while attacking.

Vlahovic had 49 shot-creating actions in 2020-21, but his passing does need work. An average passing accuracy of 69% over the past three years is not likely to amuse Max Allegri too much, who relies on crisp linkup play and fast movement. Though it is hard to gauge a player’s ceiling after just one good season, his form in the current campaign has been equally terrific if not better. 17 goals and two assists in 21 games have been on pace to smash the 30-goal mark at the end of the season.

A record breaking 2021 for Dusan #Vlahovic

His SoT/90 has also increased to 1.31 while he has already surpassed his SCA with 54. Vlahovic will certainly be getting better teammates at Juventus who can supply him with better opportunities but it is the Bianconeri themselves who should be very happy with this deal.

FINAL ROLL OF THE DICE

Allegri’s return has not exactly gone to plan so far with Juventus currently sitting fifth in the standings, 11 points off Inter in first. They have already suffered five defeats and played out an insipid 0-0 draw with AC Milan last time out. The loss of Federico Chiesa for the season due to an ACL injury was a big blow, with both Alvaro Morata and Moise Kean struggling to find consistency as the central striker.

Federico Chiesa had successful surgery today on his ACL injury. He is expected to be out of action for the next 7 months! 🇮🇹😩 pic.twitter.com/R4UWYSwmGx

Juventus rely heavily on their midfield options like Paulo Dybala, Weston McKennie, and Manuel Locatelli to influence attacks but a reliable forward option is necessary in the league. Their contenders are well stocked in this department with Edin Dzeko (Inter), Duvan Zapata (Atalanta), Victor Osimhen (Napoli), Tammy Abraham (Roma) just being some of them. Vlahovic will immediately become a starter at Juventus, and his all-round abilities will benefit the whole team. They have great crossers of the ball in Dybala, Alex Sandro, Juan Cuadrado, Dejan Kulusevski who can supply from both open play and set-pieces. Furthermore, the Serbian’s familiarity with the league will also benefit both parties as he will not take much time to adjust as a foreign signing would have.

Juventus have used different formations depending on the personnel available, including the 4-3-3, 4-4-2, and the 4-3-1-2. Though there had been question marks over how much the Old Lady could spend, especially after the Public Prosecutor’s office in Turin investigated their offices last year, it does look like Federico Cherubini has pulled off something really big. Moreover, the acrimony between the two clubs involved is well-known after Juventus signed Federico Chiesa in 2020 and Federico Bernardeschi before that in 2017.

In the last couple of years, players leaving Fiorentina for Juventus have hurt La Viola – Bernadeschi was tough, Chiesa was worse, but I think if Vlahovic crosses the divide when the two clubs feel at their most level in years, it’s going to set passions ablaze in Florence.

La Viola’s desperation to sell off Vlahovic when his stock is near its peak makes sense, though the fans are absolutely not happy. Juventus’ rivals will be wary of this move and Allegri will hope this is the missing piece of the puzzle that can finally propel them to the heights where they feel they should belong now.