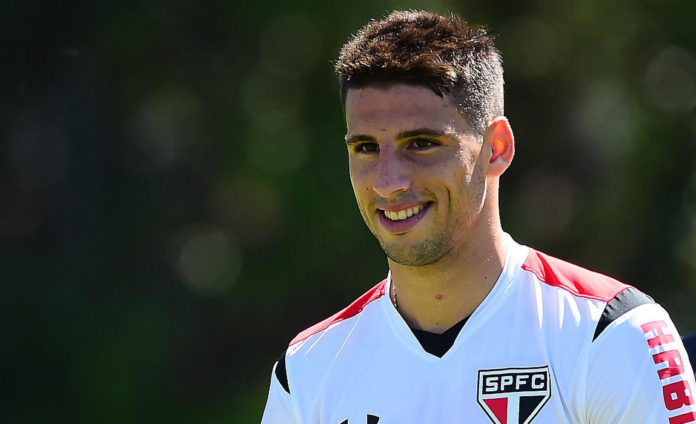 Argetina’s Under-23 international Jonathan Calleri has confirmed that he has signed for West Ham United.

The 22-year old said that he will be playing for the English club this season.

The Deportivo Maldonado striker spent the first half of 2016 on loan at Sao Paulo and will now be heading to London for the rest of the season.

“My move to West Ham has been closed,” he explained.

“I wanted to play in Europe and hopefully I can adapt quickly.” he said.

According to a West Ham insider, the deal has been agreed and the player has applied for a work permit, with the application looking successful.

Calleri was being monitered by Sevilla and Inter, but West Ham have managed to snatch the youngster from under their noses.