IF NOT SANCHO, WHO? 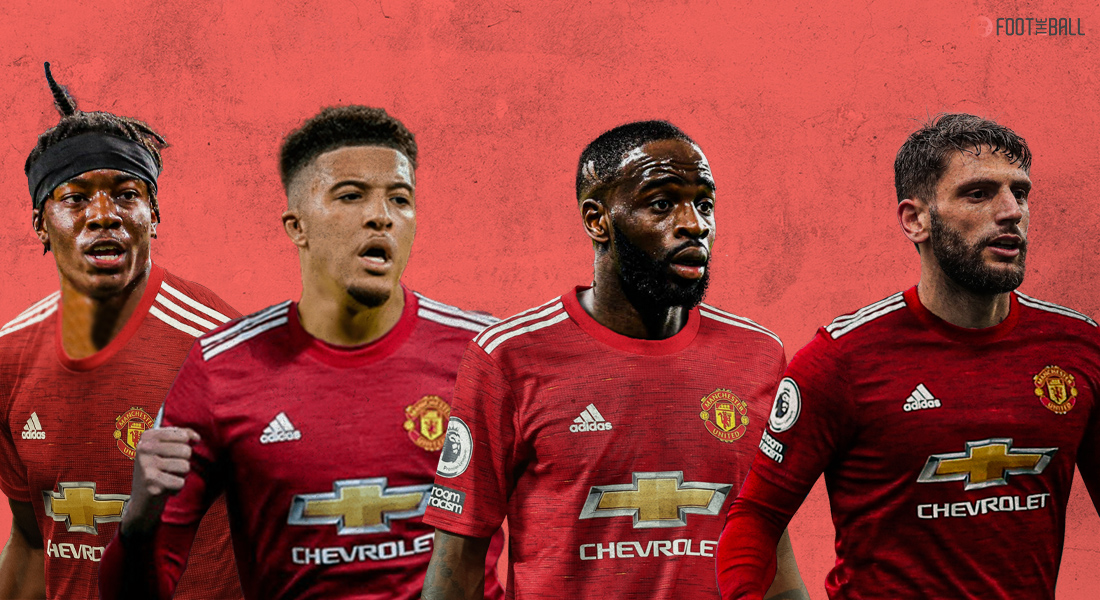 The Jadon Sancho Manchester United transfer saga has been going on for well over a year now. Reports of the young winger agreeing to a deal on one page and rumours on fallouts on the other. Dortmund had been anchored on receiving a transfer worth no less than 120 million Euros last summer, the primary reason for a deal not formulating.

This season though, they have made themselves more flexible and are willing to let go of the young English talent for 90 million euros. The attacking midfielder who also operates as a winger scored 8 goals and assisted 11 times in the Bundesliga this season. He was instrumental to Dortmund’s campaign and thus has attracted more suitors.

The Red Devils have been at the forefront for the England national and are reportedly trying to make the deal a reality. Their rivals Liverpool have also been linked with a move, but no progress has been reported so far. There are also other elite clubs waiting to pounce on an opportunity to sign the promising talent.

With all these factors taken into account and the financial concerns that have arisen due to the pandemic, it would be a wise option to consider alternative options for Sancho. If the deal does not formulate, who is likely to take his place?

At just 19 years of age, the English born forward is a highly sort after target among the big names in Europe. Madueke currently plays for PSV Eindhoven in Eredivisie and has shown stints of promising performances.

The forward is capable of playing in a variety of positions and is a strong goal threat. In his 24 appearances, the majority of which came from the bench, he has scored seven goals and assisted four times. He averages close to three shots per ninety minutes and promises to be an exciting strike force. With excellent passing and dribbling ability, United should definitely keep an eye on this upcoming star.

Berardi was one of the best-attacking players in the Serie A this past season. The Italian national has definitely made a case for himself in his mid-twenties after netting 17 goals in a stellar campaign. He was the driving force in Sassuolo and was rightly called up to the national team.

The player is fluid in attack and shows signs of further improvement. He has stepped up a notch since the 2018/19 campaign and will look to keep up the improvement. The player is exceptional with the ball at his feet and is remarkable at scoring from range. He is directly involved in goals every 104 minutes and will surely be a valuable addition to United’s frontline.

A mere point helped Lille secure the French title this season in what was one of the most exciting title races in the league for a long time. Jonathan Ikone made 26 starts and came off the bench a further eleven times for the title-winning side. The player deputised in three main positions, namely, Right Midfielder, Central forward and Attacking midfield.

The player aged 23 has shown promise in the fixtures he took part in, scoring a total of seven goals and assisting an equal number of times across all competitions this season. The Frenchmen is excellent with the ball at his feet and likes to engage in challenging dribbles. The player’s statistics also indicate the quality of his movements as he creates space for teammates with smart runs. He has also outperformed his expected chances created this season. A player worth noting down as an alternative to Sancho for Manchester United and may a replacement at Dortmund.

The 23-year-old is one of the most sought-after young players in Italy. Just like his father Enrico Chiesa, the player is shaping to be a phenomenal footballer. He has already made a case for himself in the Italian national side and his loan spell at Juventus has given him the spotlight.

40% of the shots were taken from outside the penalty box.#JuveFiorentina pic.twitter.com/LWj0ojneXB

The player is extremely physical and is tireless in running. According to Serie A, the player covered an average of 9.6km per match last year, with 1.148km being sprints, more than any other player in the league. Often deployed as a right-winger or midfielder, the player is keen on transitioning defence into attack as quickly as possible. He is also capable of playing as an inverted winger on the left channel and has been deployed on either flank in his stint at Juventus.

Federico Chiesa: Won possession in the attacking third more times vs Inter (6) than any other player has managed in a Serie A match this season

The player scored and assisted eight times each for Juventus this season and has a total goal and assist contribution of 35 this campaign. Should United make a move for the Italian national, their money would be well spent. A great alternative for Jadon Sancho, and probably a cheaper one as well for Manchester United.

Another 23-year-old, Leon Bailey could also be a potential transfer target for United if they do fail to secure Sancho. Bayer Leverkusen just made the cut for European football this season and Leon Bailey was the driving force behind the team’s success. A seventeen goal and assist contribution that is almost unrivalled by any of his teammates. The Jamaican international has without question, been their star player.

The left-footed player primarily operates on the right-wing, looking to cut inside whenever the opportunity arises. A sure dribbler who likes to take on defenders on the far side of the field. He averages nearly six dribbles per ninety and has a success rate of more than fifty per cent. Bailey could add the edge if Old Trafford does make a move for him.