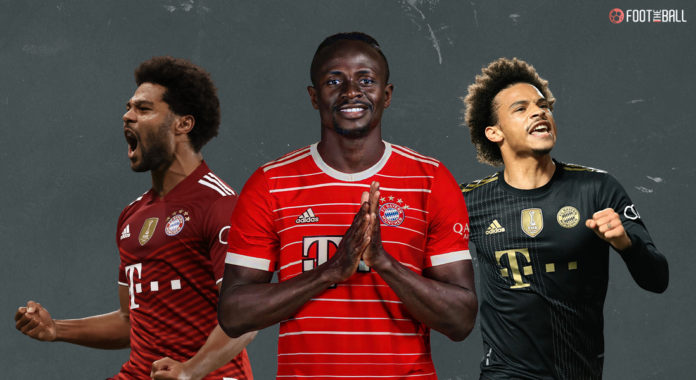 With one hundred twenty goals, 48 assists, and six trophies in six years, Sadio Mane has one of the best Liverpool signings in their history. The 20-year-old joined as one of the first recruits under Jurgen Klopp back in 2016, and after winning it, all is now leaving the club. The winger has already agreed on personal terms with Bayern Munich. Media reports have said that the discussion between the two clubs over fees is in the final stages.

It is no doubt that Bayern Munich will have a special player, one which might best the blow of Robert Lewandowski’s departure if it does happen. The Senegalese will provide a new dimension to the attack of FC Bollywood. While on the domestic front, Bayern have been unstoppable, winning their 10th consecutive Bundesliga title in May. However, after winning the Champions League in 2020, they have performed well below expectations in the Champions League.

And now, with Mane’s signing, Bayern has a player who has prior experience winning all the big trophies. So, how Mane will fit at the club? Will he be Lewandowski’s successor? And is he worth the money that Bayern are splurging on him?

At Liverpool, Sadio Mane has gone through three phases. When he arrived at the club in 2016, he was deployed on the right wing by Klopp. The following season he was moved to the left after Mohamed Salah’s arrival. However, as he formed a brilliant triumvirate with Salah and Roberto Firmino, the Liverpool frontline became interchangeable. Doing this for five consecutive seasons has now made Mane a player capable of playing anywhere across the frontline.

Due to this, Mane has developed traits identified with wingers and strikers. For example, he can use pace, skills and dribbling to get past his opponents and be on the end of a chance to score the goal. And while he has played both roles, he is far more devastating as a striker.

This bodes well for Bayern, who could have two scenarios in the future. First, if Lewandowski leaves, Mane could be a suitable replacement, and if the Polish striker stays, then Mane will offer a quality alternative plan.

The African Cup of Nations winner is also quite good at shedding off his man to create space for himself in the penalty area. And lastly, he is one of the best players on the counter and can also press well after playing under Jurgen Klopp’s Gegenpressing system.

Who are the most successful managers in football based on trophies? Click here to find

In the 2021-22 season, Sadio Mane scored 16 goals in the league, the second-best in the Liverpool side after Salah. He also had five goals and one assist in the Champions League. Soccerment also rated him as the tenth-best player in Expected Offensive Value Added (xOVA). The Senegalese also scored goals at crucial times for his club, which shows that he is a man that can shine in the big matches.

100 – Sadio Mané has become the third African player to reach 100 goals in the Premier League, after Didier Drogba and Mohamed Salah. Centurions. pic.twitter.com/zTUyS00Gw0

He also is quite devastating with the ball at his feet. His Expected Threat (xT) rating from carries is 1.74, the second-best in the team after Salah and better than his future teammates Kingsley Coman and Robert Lewandowski.

In addition, barring Lewandowski and Gnabry, no Bayern player discord more than ten goals in the Bundesliga, which shows their over-reliance on specific players. However, Mane will change that as he will offer more options for Julian Nagelsmann to choose from.

On the international front, Sadio Mane leads his country to their maiden African Cup of Nations title, scoring three goals, the most by any Senegalese player in the tournament.\

Sadio Mane transfer fee- Is he worth it?

After Robert Lewandowski went public with his desire to leave the club, Bayern Munich were in the market looking for a capable replacement in case the Pole left. And in Mane, they have a person who comes close to filling the void. In addition, Mane brings much-needed experience to the team.

While the team has it easy in the Bundesliga, they have suffered in Europe. Furthermore, most of their players join from other Bundesliga clubs or minor leagues. The club is not known for signing proven world-class talent from the other top leagues. However, with Mane’s signing, the club have made their intentions clear: they want to be the best in Germany and Europe.

🚨 Sadio Mane's Bayern Munich wage has been revealed, he'll be the 8th highest earner at the club pic.twitter.com/Kn4xoPl8sn

Bayern Munich have signed Mane in a deal worth €40 million. This includes guaranteed payments worth €32 million and €8 million as add-ons. And Mane is only 30 and could easily play at the top level for at least three years.

And if he helps Bayern Munich win that Champions League trophy again, he would be worth every penny.

How will Darwin Nunez fit at Liverpool? We explain

It will be tough for Nagelsmann also called the Baby Mourinho to manage the expectations of all the players on his side. A player of Mane’s calibre would hate to sit on the bench no matter which team he plays. Even if the Bayern plays a front four, it still would leave two top players on the bench.

There are two ways that Mane could be deployed in the Bayern system. First, if Lewandowski stays, we could see a three-person attack of Mane, Muller and Sane behind the striker. And if the Pole leaves, Nagelsmann could play Mane up front with either Gnabry or Coman taking his place on the left flank. Or the coach could play three men attack with Mane as a striker with a three-man midfield that would guarantee more stability.

Sadio Mane wanted a new challenge, and Bayern Munich has got one. It is an excellent match for the club and the player and will get fans excited for next season.