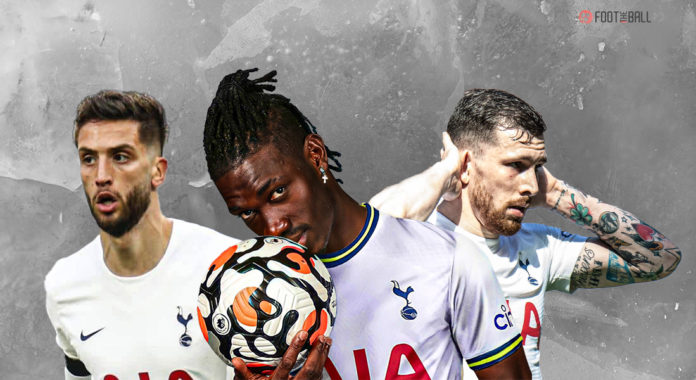 In July 2018, Brighton and Hove Albion completed the signing of Yves Bissouma from Lille. Among English football fans, the Mali-born midfielder was something of an unknown talent. Skip forward to the 2020-21 season, and he’s now one of the Premier League’s most sought-after players. Sounds familiar? Sure it does.

✍️ We are pleased to announce the transfer of Yves Bissouma.

In 2015, Antonio Conte at Chelsea signed a certain N’Golo Kante from Leicester City for a bargain €30m. Kante was bought by Leicester as an unknown commodity and has gone on to become the world’s best in his position. And Antonio Conte has done it again. History has repeated itself! Although Conte and Kante went on to win the Premier League the following season, and Spurs fans would surely hope the Conte-Bissouma duo can pull off the same.

But how does the Mali international fit in at Spurs and will Conte be able to get the best out of yet another workhorse-midfielder? Here we grade the transfer of Bissouma to Tottenham and whether he has the potential to be a hit or miss.

Few can argue that Brighton didn’t unearth a hidden gem when they paid around £15 million for the central midfielder. And taking the full profit of it are Spurs and Conte after snapping the Mali international for cheap.

Standing at a six-foot-tall, Bissouma was a dominating presence in the heart of Brighton’s midfield. Although not a goal-scoring player, the 24-year-old brings much-needed stability to Antonio Conte’s line-up. It’s in transitional phases and recovery where the Mali international comes into his own.

The 24-year-old’s development just laughs in the face of anyone who has disregarded Ligue 1 in the past. The Malian midfielder is another one of those players who was plucked from France for a measly fee and has improved to showcase the talent that lies in the country.

The Seagulls signed Bissouma from Lille in the summer of 2018 for a fee of £15 million. Two years before that, Lille’s exceptional scouting had helped them spot Bissouma when he was plying his trade with Malian capital club Real Bamako. His move to Brighton helped Les Dogues earn millions in resale and the Seagulls were sure of making more themselves.

At Lille, Bissouma was predominantly a central midfielder but his ball progression abilities made sure that he could be used on the right side of the midfield as well. He offered the ability to recover the ball and recycle it forward and for his age-group, having a wide range of qualities was certainly a huge advantage. His improvement as a player at Brighton has just tapped into his strengths at Lille and that will carry forward onto his new team at Tottenham Hotspur Stadium.

Statistically, Bissouma is the complete midfield package. Despite lacking goals and assists, that’s a reflection of his role at the Amex Stadium and the Seagulls’ lack of clinical finishing.

He falls in the category of players that average a low amount of shot creation actions and low amount of progressive passes too. Having said that, that job isn’t something that Brighton demanded of him and neither will Conte — especially since they often drop one of the front three into the midfield.

But one aspect of the game where Bissouma really thrives is ball recoveries. He’s very good at using his tall frame to win the ball back and carrying it forward or playing quick passes to move the ball. The midfielder has made as many as 11.8 recoveries per 90 minutes last season, which is one of the best tallies in the division for a midfielder. Relatively, he does very well in a European context for this stat too and it shows one of his main strengths as a player.

But where will the midfielder fit in at Conte’s side? Here are how his stats compared to Spurs’ other central midfielders in the 2021-22 Premier League.

Because of Bissouma’s all-action approach, he’s the ideal midfielder for the Premier League. Not only can he snuff out the danger, but he can also use his pace and power to drive his team up the field in turning defence into attack. Having caught the eye of English football’s leading clubs, Spurs have finally got the man they intended to land.

On paper, it’s clear to see why Spurs wanted Bissouma, but they weren’t alone in the race. Arsenal, Manchester City, and Manchester United were also keeping their options open regarding Bissouma. And even after all the transfer enquiries from their rivals, Spurs and Conte have landed their man for a bargain of €25m.

For Spurs, Bissouma could be the missing piece of Antonio Conte’s puzzle. The North-London outfit are still struggling to find the right balance under the Spanish manager despite their strong end to the season, and the Malian powerhouse would undoubtedly bring the much-needed drive to the London club’s midfield.

However, because of his age, Bissouma isn’t just a short-term solution. There’s scope for the former Lille midfielder to grow and develop his skillset in becoming a leading player both domestically and in Europe.

Antonio Conte’s project at Spurs seems to be taking a concrete shape after an initial season of transition. As a result of the improvement, a lot of Spurs players have stepped up a level. One new player that will become an invaluable contributor to the team and set the tone for the system is Yves Bissouma.

Antonio Conte’s Spurs side like to play a relentless counter-attacking brand of football in a 3–4–3 system. The Mali international isn’t the sitting midfielder who protects the back three; he’s more like a mobile midfield package who covers a lot of distance on the pitch. He can often drop deeper and allow for better transition from the back, but his main role revolves around using his multifaceted skill set. Spurs’ fluid approach in midfield will help him constantly change roles too.

Bissouma clearly likes to keep his passing simple and effective, apart from the occasional risky pass and perhaps, that is why he isn’t exactly a chance-creator. Mentally, he’s more interested in winning it back and helping the team handle those quick possession turnovers. And this quality is a very valuable thing in the modern-day, where modern-day coaches want their teams to recycle the ball quickly when the possession has been won back. Bissouma thrives on that.