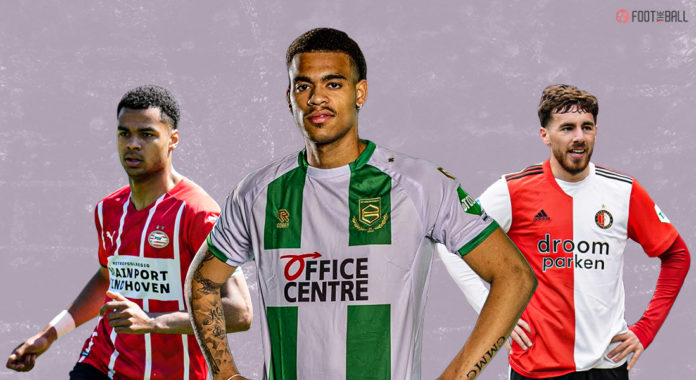 The Eredivisie has become a happy hunting ground for Europe’s elite teams. Several of their players have been or will be snapped up in 2022 itself. Ajax have been the biggest selling club over the years.

The Dutch champions have already parted ways with Ryan Gravenberch, Sebastien Haller, Andre Onana, and Noussair Mazraoui. There could be more on the way with Antony, Jurrien Timber, Edson Alvarez, and Lisandro Martinez all garnering significant interest.

How will Ryan Gravenberch fit in with Bayern Munich? We have the answer right here!

However, there are many other clubs who are keeping a wary eye on their star names. These include players who have performed superbly over the past few seasons and are ready to take the next step. FootTheBall discusses five such wildcard players who could become the next superstar in Europe.

The analytics website Soccerment describes him as a “box-to-box raider” and that suits him perfectly. The 21-year-old central midfielder for Feyenoord is another gem in the current golden generation for Turkey. Kokcu recorded seven goals and nine assists in the 2021-22 Eredivisie.

According to FBref, he made 181 crosses which was the sixth-highest in the league. For a central midfielder, Kokcu is extremely efficient in building up attacks and advancing the ball. 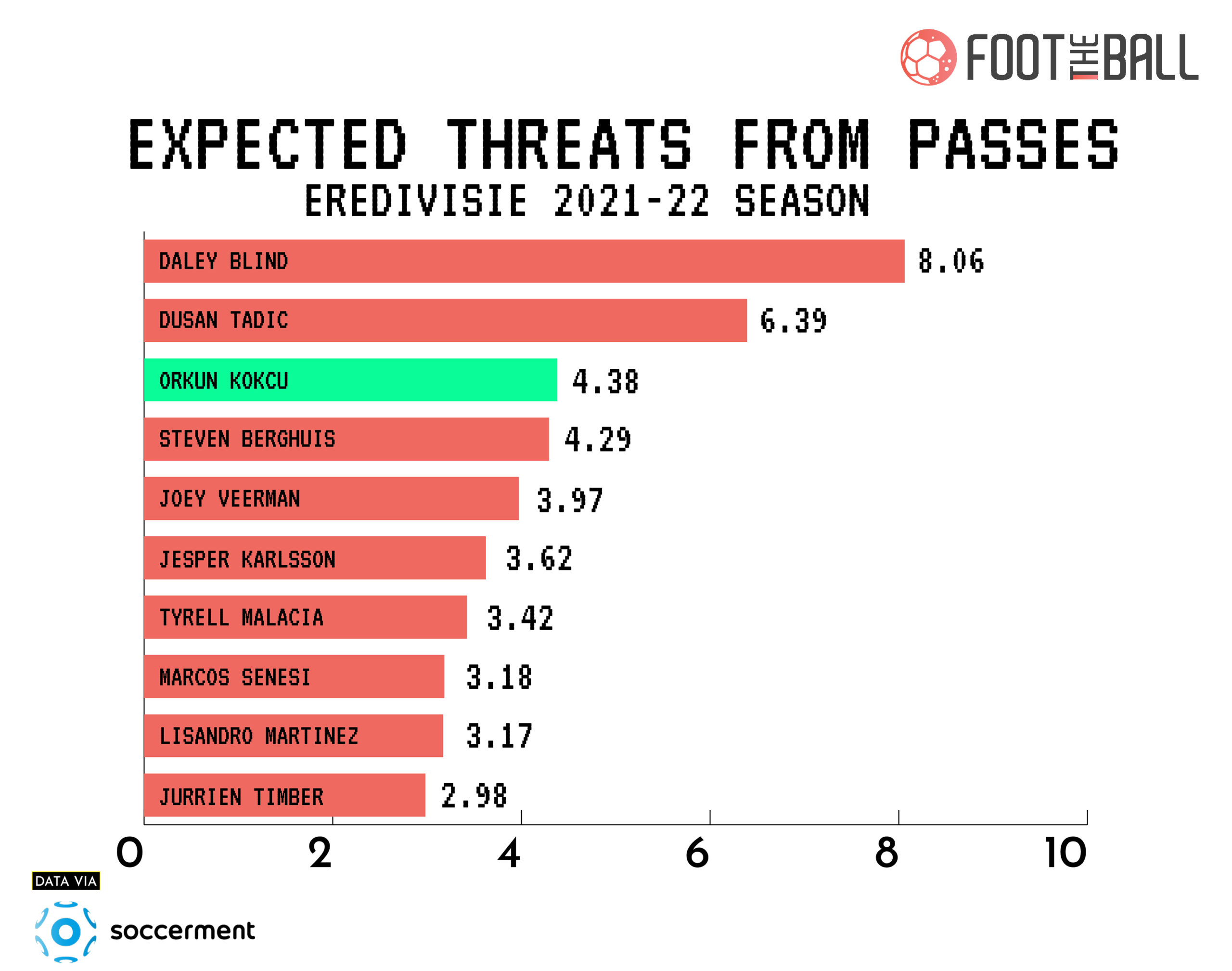 Moreover, he record a pass success ratio of over 86%, and won more than half of his duels. However, the most interesting fact about Kokcu was his affinity towards dribbling. He attempted 1.91 dribbles per 90, being successful 71.4% of the time.

Kokcu’s high ceiling has attracted a lot of interest, with West Ham United and Leicester City in pole position. It seems only a matter of time before he is on his way out of Feyenoord.

The young Belgian forward was a bright spark for FC Groningen in 2021-22. Ngonge had seven goals and one assist in 31 appearances. Though only 19 were starts, the highlight of the season came in October 2021.

Ngonge hit a scorpion-kick after a cross came in from the left. That kind of quick thinking is impressive for a player who is starting his first-team career. Ngonge can certainly improve his passing from the current rate of 56%.

Though he is only 5’10”, Ngonge won an impressive 47.6% of his aerial duels. Given that he has only played regular football for two seasons, a big move could be bit further down the road.

Therefore, Ngonge would be the perfect choice for a mid-table club looking for a striker on a budget. There is much to be excited about his development and how he matures as the years go.

One of the standout players in the Eredivisie and Europe in 2021-22. Gakpo had a combined 25 goal contributions (12 goals, 13 assists). He overperformed in both departments, with a recorded xG and xA of 8.85 and 8.64 (Infogol) respectively.

Gakpo had a pass success ratio of 77.2%, while completing 59.2% of his dribbles. PSV benefitted massively from Gakpo’s leadership and onfield skills as they finished second in the league.3

Though he is a bit more known than the other names, Gakpo is awaiting his big money move. Leeds United have been reported to bring him in as the replacement to the outgoing Raphinha. Moreover, Arsenal are also in the race, to complement their youthful core.

A complete attacking package from out wide. Sinisterra has been at Feyenoord since 2018, and 2021-22 was his breakout year. 12 goals and seven assists for the wide attacking midfielder.

Sinisterra was one of the main characters in Feyenoord’s run to the Europa Conference League final. He had a shot on-target percentage of 43.6%, but it was his overall play that really garnered attention.

The footwork 🤤
The finish 🔥

Sinisterra was successful with almost 58% of his duels. Moreover, he completed 70.4% of his dribbles, and won 52.8% of his aerial duels.

Additionally, Sinisterra was the only player in the Eredivisie to complete 100+ take-ons. He was a thorn in the flesh of every side he came up against. At 23-years-old, this looks like the prime time for a move away.

Alexander Isak may want to watch his back. There might be another Swedish striker who could end up being Zlatan Ibrahimovic’s successor. Karlsson has been a consistent goal scorer over the past three seasons. 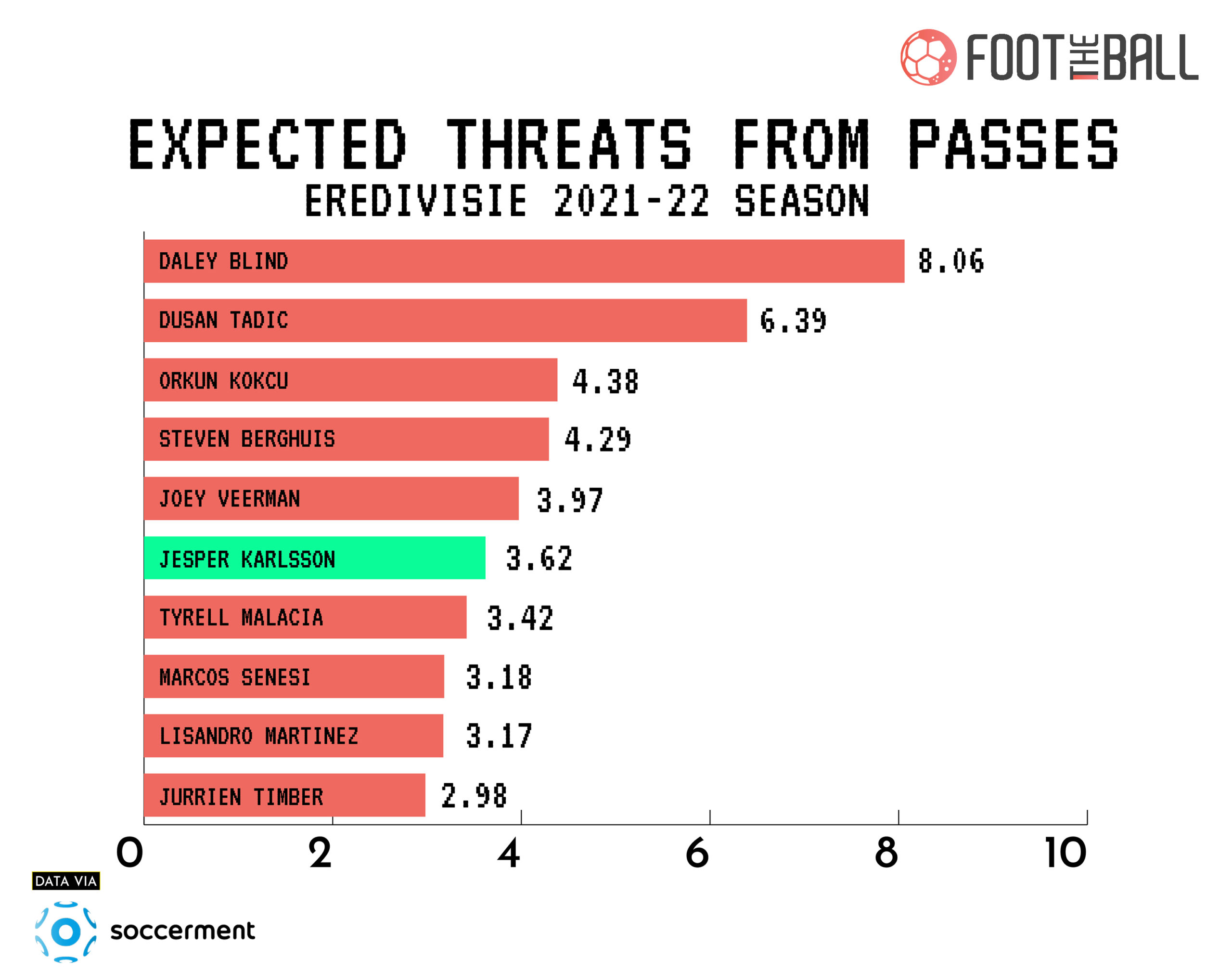 2021-22 was the icing on the cake with 17 goals and 13 assists in all competitions. Karlsson was the focal point of all the attacks that AZ Alkmaar ran. He had career-best shots on-target percentage of 48.1% (FBref) from 52 shots (league-high).

However, Karlsson was most effective when it played through the middle. He created 84 chances, and was an able dribbler with 48.5% success. Feyenoord have an incredible talent pool, and Karlsson will surely be snapped up.