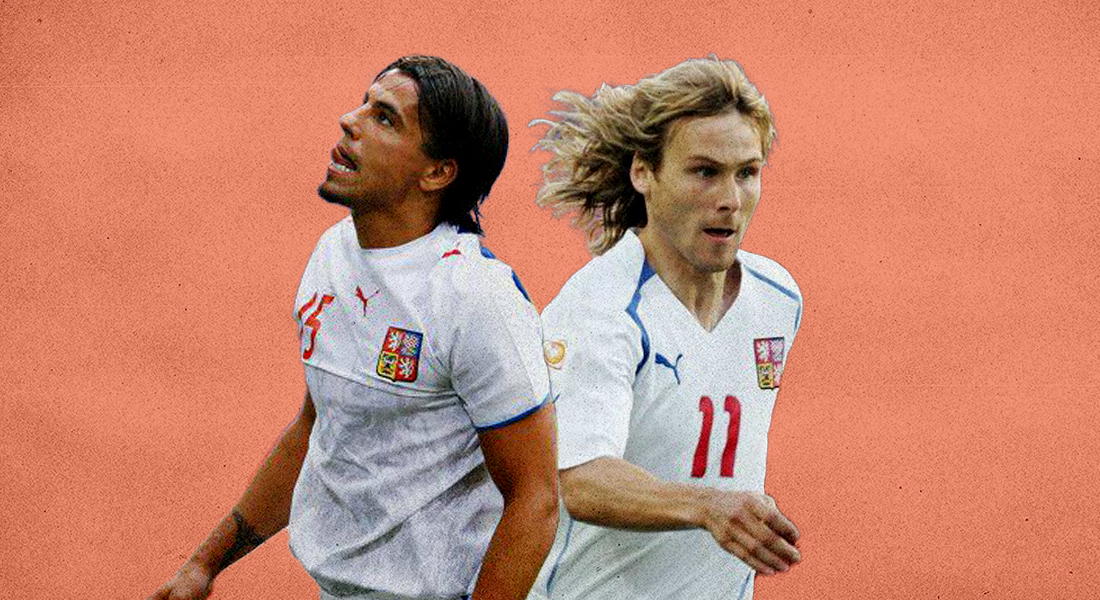 Euro 2004 was one of the best Euros in terms of stunning results and shocking results. The 12th edition of the UEFA organized tournament was held in Portugal for the first time. It had teams like Latvia make its debut and also teams like Greece make a comeback to the Euros after 24 years.Comebacks have also become synonymous with the Euro.One such was the comeback solely dedicated to Baros and Nedved  for the Czech against the Dutch at Euro 2004 .

Greece shocked the world by winning the tournament and conquering all of Europe after being considered outsiders. The final between Greece and the hosts Portugal was also the same as the first game of the tournament. This very fact was historic too. It also had further shocks like Spain, Italy and England crashing out in group stages. Defending champions France knocked out in quarters etc.

But one match at the tournament, in particular, stood out and was instantly termed as a EURO classic. Estadio Municipal in Aveiro on June 19th, 2004 hosted this classic with 30,000 odd crowd. The Czech Republic defeated the Netherlands in a 5 goal thriller after a sensational comeback. After being down by 2 goals just inside 20 minutes, Pavel Nedved and Milan Baros inspired them to erase the deficit. Jan Koller and Milan Baros scored to equalize the game and finally, Vladimir Smicer netted in the 88th minute to finish a famous comeback. The win could solely de dedicated to Baros and Nedved and their incredible exploits at the Euro 2004.

As we approach Euro 2020, let us shed some light on one of the best games in its history.

The D in Group-D literally stood for death at the Euro 2004. It pitted the strong Germans, Netherlands and the Czech Republic along with minnows Latvia. One of the 3 big teams had to be eliminated in the group stages itself.

Euro 2004 was a mad tournament from start to finish and some of the teams were absolutely class.

Starting off with this Czech Republic side…

Cech in goal with Rosicky, Smicer & prime Nedved in midfield and the deadly duo of Baros & Koller up-front.

The Czech Republic coached by Karel Brückner had Petr Cech, Vladimir Smicer, Tomas Rosicky, Pavel Nedved and Milan Baros amongst their ranks. Especially, Baros and Nedved who were in the peak of their careers wanted to use the Euro 2004 to lead their country to glory.

The opening games in the group stages saw the Czech Republic win 2-1 against Latvia and Germany share spoils with the Netherlands.

Heading into the second round of games, Germany made things tough for themselves after an uneventful 0-0 draw against minnows Latvia. A win in the 2nd game would almost seal qualification to the knockouts for both the Dutch and the Czech. They had to kill each other on the pitch to win and seal the qualification.

The game had a fierce start with players being physical and contesting every duel with high energy. The Oranje opened the scoring from a setpiece. Wilfred Bouma headed home a freekick when he was left unmarked at the near post. They only went onto double their lead when the excellent Arjen Robben cut the ball back for a simple finish for Nistelrooy. There was a hint of offside, but the Dutch didn’t care.

After going 2 down, Karel Bruckner wanted to change in-game tactic by sacrificing a defender for an extra attacker. Just before the substitution, the Czech had a lifeline. Robben played a pass straight to Milan Baros in their own half. Baros received the gift and charged straight into the box. Displaying great strength he held the ball from his marker and squared it for an unmarked Jan Koller to put it home.

Karel Bruckner did a masterful move as he shifted to a 3-5-2 by introducing Vladimir Smicer with Pavel Nedved now operating in central midfield. Nedved started to dictate the game more and more as a number 10. He ran into dangerous channels, played long passes and drew fouls from the Dutch. Wesley Sneijder and Nistelrooy had great chances to increase the advantage for the Orange, but they were thwarted by an inspired Petr Cech.
The second half was more of a tactical fight between the managers as Dick Advocat threw his subs from the bench. They weren’t quite effective and even his decision to hook off the mercurial Robben was debated.

Van der Sar had to be on top of his game to prevent the equalizer. He saved a magical volley from Nedved and finger-tipped Smicer’s effort. However, he was beaten by Milan Baros’s thumping volley. A cross from the left was chested by Jan Koller for Baros at the edge of the box. The Liverpool forward let it fly with his right foot to square the game.

Nedved was looking to complete the comeback when he was tripped by John Heitinga while charging through on goal. The Dutchman received his second yellow and was sent off. Another substitution from Bruckner bore fruit as Marek Heinz’s shot resulted in the winner.

In the 81st minute, Heinz drove from outside the box and it was parried by Van der Sar straight to Karel Poborský who squared it for an unmarked Smicer to tap it in. The goal sealed the comeback and sparked wild celebrations in the Czech dugout and for the fans in the stadium.

In a high-intensity match of golden quality, more than 20 shots were fired, many tackles were made and few tempers flared. The manager and players of winning and losing sides reacted differently to the thrilling contest.

van Nistelrooy said: “That was it(The change in the first half). We weren’t able to adapt and it cost us the game.”

Nedved felt they deserved the win as he said:“It was a fantastic game and we deserved to win. We slept at the start but after we awoke we showed great energy.”

This game is still remembered today for the golden moments it produced. With this form, they could’ve gone on to win the tournament. But they met the Greek gods in the semis, who were sparing no one in their conquest of Europe.

Regardless of what happened later Milan Baros and Pavel Nedved made sure that they delivered one of the best ever games at the Euros in Euro 2004.