Two Teams Waiting To Be Inspired! 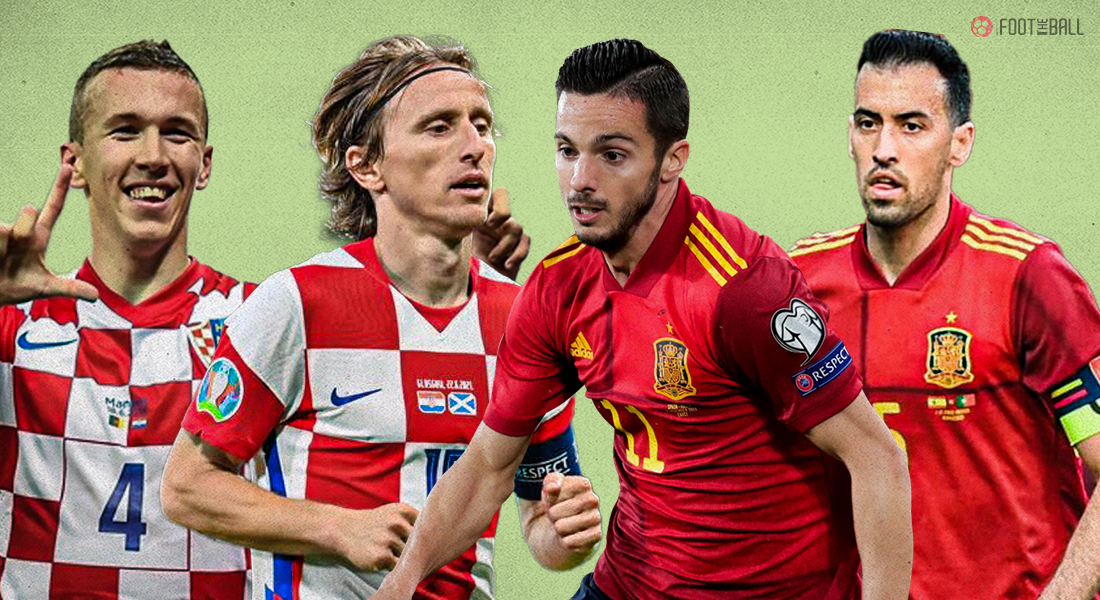 The footballing drama never eludes us in these big competitions. Spain finishing second in a group that featured Slovakia, Poland and Sweden were never on the cards when the fixtures were announced. World Cup finalists Croatia being held by the Czech Republic wasn’t on the scripts either. To the relief of both teams, they have managed to qualify for the knockouts after scintillating final group game performances. Croatia will now take on Spain in the Round of 16.

A goalless draw against Sweden and some lacklustre finishing against Poland saw Luis Enrique’s Spain clinging on to two points after Matchday 2. The worst part, they deserved no more than the two points! Yet, somehow, out of almost nowhere, they scored five goals against Slovakia in the final group game to qualify for the tournament.

Croatia had a similar routine to their round of 16 counterparts in Spain. The unconvincing opening game against England followed by yet another sombre performance against the Czechs. They needed their captain’s inspiration as they finally found the needed victory on the final matchday against Scotland. When these two teams face-off, such inspiring performances will hold precedence as neither look like a team that is ready to win the tournament.

The veteran battle in midfield is perhaps the most vital of any in the game. Barcelona’s defensive net Sergio Busquets is a master of the deep-lying midfield role. Exceptional passing range and vision combined with an almost innate sense of game perception. Busquets knows where every player is, at all times. His El Clasico rival Luka Modric is a more attacking version of himself. Boasting a similar panache for passing and an added ability of agile movement makes him one of football’s most revered midfielders.

Croatia’s captain is not your average experienced midfielder just like Spain’s No.5. Both these players are tried and tested, with quality ratings greater than any on the field for their respective teams. Busquets featured in just one match for Spain, and his impact was there for everyone to see. It was Spain’s only victory in the tournament and no one played a better game than the central midfielder. Modric’s influence in every game was notable too, scoring an absolute beauty against Scotland in the final fixture to top off his incredible performance.

Pablo Sarabia scored and assisted a goal in Spain’s five-goal thumping of Slovakia. Mostly used as a substitute for PSG, the Spanish forward might well start again for Spain after a good show in the final group game. The 29-year-old, like all other Spanish players, is technically sound on the ball. His ability to pass seamlessly and to be available for a pass at all times makes him a perfect fit for the team. Spain has never struggled to create chances, rather it was their finishing that is at fault.

Numbers suggest that no other team created more clear goal scoring opportunities than the Spanish side. Only Scotland managed to underperform their xG more than Spain through the competition. With Morata and Moreno unable to be the goal-scoring threats it will be up to Sarabia and the other forwards to find the route through to goal.

Nineteen-year-old Josko Gvardiol will have one of the toughest nights of his professional career as he will have to face the twists and turns of the Spanish winger. The left-back has been solid for Croatia so far and will need to be at his sharpest against Spain. His lack of experience has not been much of a hindrance so far and his ability on and off the ball was commendable.

Inter Milan’s trusted forward is one of Croatia’s most valued assets. Scoring two goals and assisting one, no player from the side managed a better goal contribution than the 32-year-old. Sometimes all he needs is half a chance to find the net. A rare breed of attacking footballers whose sole purpose not defined by goals alone. His contribution in both defence and attack is noteworthy.

Cesar Azpilicueta is one of Chelsea’s best defenders. However, he only started one match for Spain in the campaign so far. In his sole game, he has put up a case to retain the spot in the upcoming fixture. It is believed that Luis Enrique will field Azpilicueta as Spain lock horns with Croatia. A much-needed defensive solidity in the right side as the threat of Perisic is one that needs containing. A test of strength and character, two players who can turn to their experience to help them decide matches. A test of attack vs defence, tenacity vs solidity.