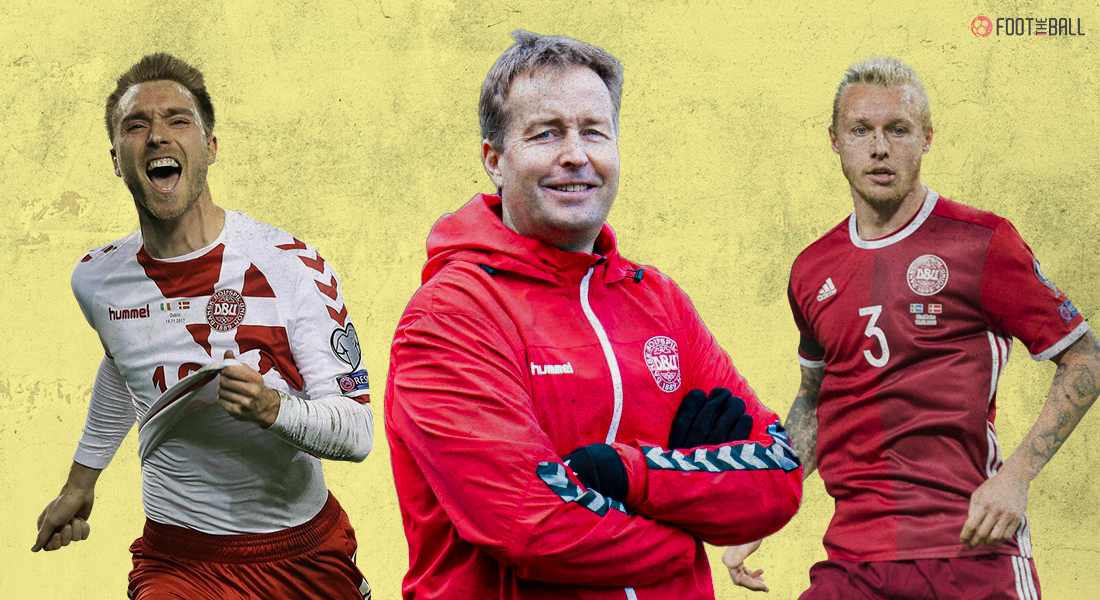 Denmark was able to publish one of the best fairy tale scripts ever when they won the 1992 edition of the European Championships. With UEFA Euro 2020 around the corner and The Danish Dynamites entering the tournament as underdogs, the situation is quite similar to that of 1992. Will the Danes be able to replicate their triumph of 1992, only time will tell.

This will be Denmark’s first appearance in the European Championship since 2012, after they failed to qualify for the Euro 2016.

De rod-hvide qualified for the European Championships by finishing as the undefeated runners-up of group D only behind Switzerland. Having lost only 4 times in their last 28 international matches, they will be looking forward to continuing their hot form of run in the Euros.

Denmark are part of Group B against the likes of Belgium, Finland and Russia. Denmark will kick start their Euro 2020 campaign against Finland on Saturday 12 June.

Eriksen’s quality is undeniable, especially during his prime years at Tottenham. Originally an attacking midfielder, he has retained his delightful distribution to become a tempo-setting orchestrator. The Inter man is the brain plus executor for Denmark. How he reads the game, detects gaps and anticipates is just perfect.

But the most fascinating thing about him is possibly his ability to find the free man. He is capable of connecting with an unmarked teammate with a long ball, or with a deceptive vertical pass to a player that offers support. The former Tottenham player will act as a creator of solutions for the Danes. Eriksen recently won his first silverware in years after Inter Milan won the Serie A title.

Although declining a bit, he will not be carrying the Danes on his shoulders with the support of some exceptionally good midfielders like Pierre-Emile Hojbjerg and Thomas Delaney.

As the name suggests, the son of Manchester United and Denmark national legend, Peter Schmeichel, Kasper will be looking forward to achieving the feat his father did in 1992. The Premier League champion is set to make his European Championship debut. The Leicester man is a delight to watch between the posts. His heroics were visible during the 2018 World Cup for his country where he saved three penalties against Croatia and will be looking forward to repeating that in the Euro 2020.

The shot-stopper and his club are having a good season, with Leicester City placed third in the Premier League table and probably will qualify for UEFA Champions League next season.

The captain and the most experienced player in this squad, Simon Kjaer is as reliable of a defender as they come. He transmits great solidity and confidence to his teammates as they know their captain will never make a mistake.

Instead he will be there to fix it if someone makes one. He was a part of the Denmark 2012 Euro squad that shocked Netherlands with a 1-0 victory in the opening week of the competition.

This time he will be leading Denmark’s defence alongside his defensive comrade, Chelsea’s Andreas Christensen. Southampton’s defender Jannik Vestergaard is another reliable centre-back that Denmark has who is unbelievably good in marking and tracking the runners.

The Danish striker is a unique player. He is fine with touching the ball 10 times if it means doing a dirtier job that benefits the collective more. He occupies and pushes back the centre-backs, he is aggressive with his runs, he is tireless and compensates the midfield.

A bench warmer at Barcelona, he will be motivated to help his national side and register his first major tournament goal this summer.

The Scandinavian country also has a set of players like Daniel Wass and Mikkel Damsgaard who can be deployed in several positions. The versatility of such players is a blessing for the coach, who can use them in different roles throughout the tournament. But even during a single game these players can occupy multiple zones at the same time despite apparently being in a single position.

Daniel Wass is a player capable of playing as a right-back, left-back, midfielder and attacking midfielder. He has the capacity to move forward, carry the ball and link up with other players.

While Damsgaard is originally a winger, he can also play in the midfield and the false 9 position. These players’ ductility and versatility will act as a tactical advantage for the Danes.

Hjulmand, who had a brief playing career, began coaching in 2006 after being recruited from Lyngby. Soon after, he moved to Nordsjaelland, where he briefly worked as an assistant manager before taking over the managerial spot, which appeared to be a brilliant decision as he led The Tigers to Danish Superliga success in his first campaign.

Kasper Hjulmand is relatively new and an inexperienced manager. But this inexperience won’t matter because of the quality he has on his squad. Tactically, he will look to take advantage of the versatility of his players. Having a strong defensive back line and a quality midfield, Hjulmand will look to take advantage through possession build ups. In the last few matches of Denmark, it is visible that he prefers a 4-2-3-1 formation.

This Denmark side is extremely underrated. They have a nice balance in their squad and have quite renowned players in all lines. They have players who are reliable at the back and have players with quality and creativity further forward. The Danes also have some exciting young generations coming up too.

Another fairy tale? Who knows, but this team won’t back down.