OUT WITH A BANG! 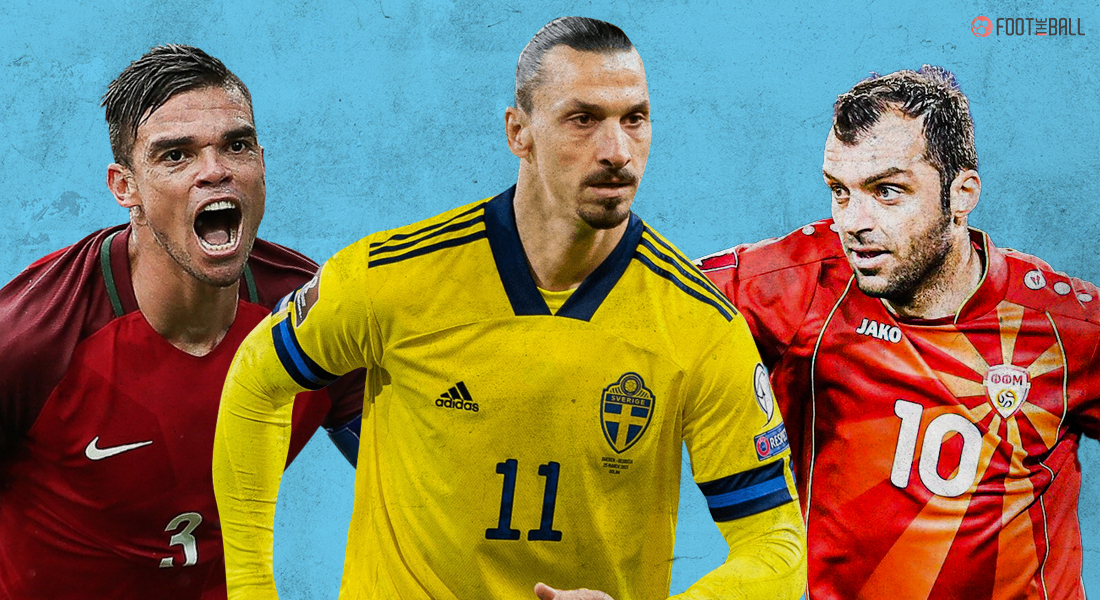 With EURO 2020 less than two months away, all eyes have turned to what squads the managers of each nation select for the premier continental competition. As a host of first-timers join the tournament this time around, FootTheBall recounts 10 players for whom this tournament will most likely be the last major event –

At 35 years of age, the former Arsenal man has been a constant presence in national squads for more than a decade and a half, having scored two goals as well.

His leadership qualities and calming presence along with the fact that he is the only left-footed defender for the Red Devils has all but guaranteed that he will be a part of Belgium’s Euro squad as they gun for a first championship. It is perhaps his last shot at glory, with the Qatar World Cup seemingly coming a bit too late for the Vissel Kobe man.

A World Cup runner-up and servant of the national team for almost 17 years, Stekelenburg is likely to become one of the oldest members of any squad at 38 years of age. The Dutch didn’t make the 2016 Euros or the 2018 World Cup which has stolen some opportunities from the Ajax keeper.

With Jasper Cilessen all but likely to start as number one choice, the veteran will have to settle for a backup role alongside Tim Krul in the third and final tournament of his long career for Oranje.

The no-nonsense, hard nosed and bruiser-in-chief will appear in his fourth Euro tournament as a key cog of the Portugal squad that will look to defend its 2016 crown.

🔙 On this day, 13 years ago, Pepe made his National Team debut! 🇵🇹 pic.twitter.com/6pf9I9F8IK

Though 38 year of age, Pepe has shown no signs of slowing down as he captained the Porto side that made it to the quarter-finals of this year’s Champions League. Fernando Santos will know that his side will need Pepe very much in the proverbial ‘group of death’ with Germany and France.

The 35-year-old Turkish hitman is the country’s second-highest leading goal scorer and will look to leave his mark on this year’s Euros as well. Yilmaz has been in fine form for his club side LOSC Lille scoring 12 goals already, as they sit atop the Ligue 1, one point ahead of PSG.

His experience will be relied upon by Turkey as they kick off the tournament with the first match against Italy. He comes into the tournament in good form having scored an important goal for Lille in the French title race on Sunday against Lyon.

The former Liverpool striker has had a fairly long career with his national side since making his debut in 2005. Ater not playing during the 2010 World Cup and only one appearance in between 2011 and 2017, many were surprised when he was called back to the national side for the UEFA Nations League.

16 – Ryan Babel's first match for the Netherlands was 16 years and 1 day ago (v Romania), making Babel the player with the longest @OnsOranje career since Mick Clavan in 1965. Longevity. pic.twitter.com/xVB9DkEetJ

Since then, he has featured in national squads regularly with EURO 2020 set to be the end of the road for the 34-year-old veteran in terms of international competitions.

Pepe’s centre-back partner is a rather new hand when it comes to years at the international level. Fonte only started his national career in 2014 aged 31 under current manager Santos. He was an integral member of his team’s backline as Portugal went on to lift the EURO 2016 trophy and he has retained his importance in the team with appearances in the Nations League recently as well.

José Fonte speaks on Renato Sanches, his long road to the Seleção and a possible return to Portugal.

At 37 years of age currently, a defence of their title will be the perfect way to go.

The Ukranian and Shaktar captain has been an ever-present since his debut in 2007 racking up almost a 100 appearances for the national team. Turning 37-years-old midway through EURO 2020, Pyatov is only seven years younger than his manager Andriy Shevchenko.

He will be hoping for a good show this year and to lead his team into the knockout stages of the tournament, with Ukraine having failed to do so in both the previous editions.

The third goalkeeper on this list, and like the previous two, Fabiański has had a long career at the top having racked up more than 50 appearances for the Polish national team since his debut in 2006.

The West Ham man will be competing with Juventus shot-stopper Wojciech Szczesny for the starting role in this year’s Euro 2020. At 36-years-old, Fabiański will be keen on guiding Poland deep into the tournament.

The story of the tournament already, North Macedonia will be making its debut in any kind of major international tournament led by the true veteran of Serie A and icon, Goran Pandev.

The 37-year-old striker, a treble winner with Inter Milan, is a legend for the country and is both their record appearances holder (117) and goalscorer (37). North Macedonia will be up against some of the biggest names in world football as Pandev hopes to help his side qualify from Group C.

The man, the myth, the outspoken legend. Zlatan is already the oldest player to represent the Swedish national team and at 39 years of age, Euro 2020 will most definitely be the swansong of one of the best to play the game.

He will be hoping the tournament goes far better than the previous one where he scored no goals as his team finished bottom of the group. Now, having worked himself back into the reckoning as well as leading AC Milan’s charge for Champions League in the Serie A, the ‘Lion’ will be aiming to end his national career on an absolute high.