HOW THE CURRENT SWEDEN TEAM CAN EMULATE THEIR HEROES OF THE 1992 EURO. WHO ARE THE STARS THAT STAND OUT IN THESE TEAMS?

Sweden have qualified to the knockouts at the Euros in style. They finished on top of Group-E ahead of favorites Spain after beating Poland 3-2. The perks of finishing on top of the group is an easier fixture in the round of 16. The Scandinavian country have outdone themselves in the group stages now. They might look to emulate the semi-final heroics of their heroes from the 1992 Euros.

Sweden have entered the tournament without their star man Zlatan Ibrahimovic. Zlatan has come out of retirement to offer his service for the country at the Euros. However, a late injury occurred has prevented him from getting the ticket to the Euros. Sweden have done well without Zlatan at the 2018 World Cup. They looked to take inspiration from that performance and express themselves at this Euro.

They were in a negotiable Group-E along with Spain, Slovakia, and Poland. Using their tried and tested 4-4-2 formation they held a toothless Spain to a 0-0 draw. They followed that defensive masterclass with a 1-0 win over Slovakia, thanks to an Emil Forsberg penalty. The Leipzig star added two more goals as the Swedes won 3-2 against Poland after an injury-time winner from Viktor Claesson.

🇸🇪 Congratulations, Sweden! Into the round of 16 as Group E winners 🎉#EURO2020 | #SWE pic.twitter.com/vVfqM0M0im

The late winner coupled with other results ensured that they finished the group as winners instead of the expected runners-up position. Janne Andersson drilled his team into a compact machine. They are well driven by their stars in Emil Forsberg, Dejan Kulusevski, Alexander Isak and Victor Lindelof. Into the knockouts now, they aim a deeper run into the competition like their team at the 1992 Euro. A run to semis or better can be expected from the Yellow and Blue.

THE PAST AND THE PRESENT

Tommy Swensson’s Sweden entered 1992 Euros without any hopes. They were drawn with powerhouses England, France, and the eventual champions Denmark. Both the Scandinavian sides were expected to be pushovers in the group. Euros had only eight teams back then with the top two from each group qualifying for the semis directly.

They kicked off the tournament against a mighty France side that had Eric Cantona, Laurent Blanc, Didier Deschamps, and Emmanuel Petit. The Swedes went toe to toe with them and drew the game 1-1 as Jean Pierre Papin canceled Jan Eriksson’s opener. Their star striker Tomas Brolin fired them to their first win against Denmark. Little did the Danes know they were going to win the tournament.

On this day in 1992, Tomas Brolin scored this beauty vs England.pic.twitter.com/sY0vWUzIr4

Sweden went up against an England side looking to impress. This game was a virtual quarterfinal as it offered a semi-finals spot to the winner. David Platt opened the scoring early for a fearsome English side with Alan Shearer, Gary Lineker and Paul Merson. Sweden’s usual suspects Eriksson and Brolin scored in the second half to turn the game around. Brolin’s wonder goal in the 82nd minute ended up as the winner. Germany broke Swedish hearts in a five-goal thriller at the semis. Brolin and Kennet Andersson’s efforts weren’t enough to match Germany’s three goals via a Karl-Heinz Riedle brace and Thomas Haβler.

Fast forward 29 years, we are here today drawing parallels with the class of ’92. Guess who finished their group campaign with two wins and a draw. Guess who beat England in the virtual quarters. Yes, it is Sweden indeed. Sweden if they do manage to overcome their round of 16 opponent may face England in the quarters. Past and the Present eh? A run to the semis or better incoming? We leave that to your imagination.

Sweden’s class of 1992 had stars like Tomas Brolin, Jonas Thern, Kennet Andersson, and Martin Dahlin. They used a standard 4-4-2 formation to do wonders then.

It didn’t change much tactically even in 2021. The current Sweden side still deploys an old school 4-4-2 at the Euros. A side that defends tightly and possesses a threat on the counter. If we look closely we can relate the superstars of both sides.

Tomas Brolin was the biggest gun in their arsenal back then. The versatile player played as a forward for Sweden. He could also operate as a winger, playmaker, and deep-lying midfielder. Brolin scored three goals at the Euros winning himself a golden boot. He always had a little trickery under his sleeve.

Forsberg is a player similar to Brolin. He can operate anywhere across the forward line. To suit the current side’s requirement he plays as a left-winger from where he runs the game. Similar to Brolin, Forsberg has three goals to his name already. He’d be the key for Sweden to unlock defences and progress further at the Euros.

Andersson the towering winger was an excellent member of the Swede’s attacking unit. Despite lacking pace he made up with his other qualities. He was supreme in the air and had immaculate passing. He also scored a goal in the semis in a losing cause against Germany. 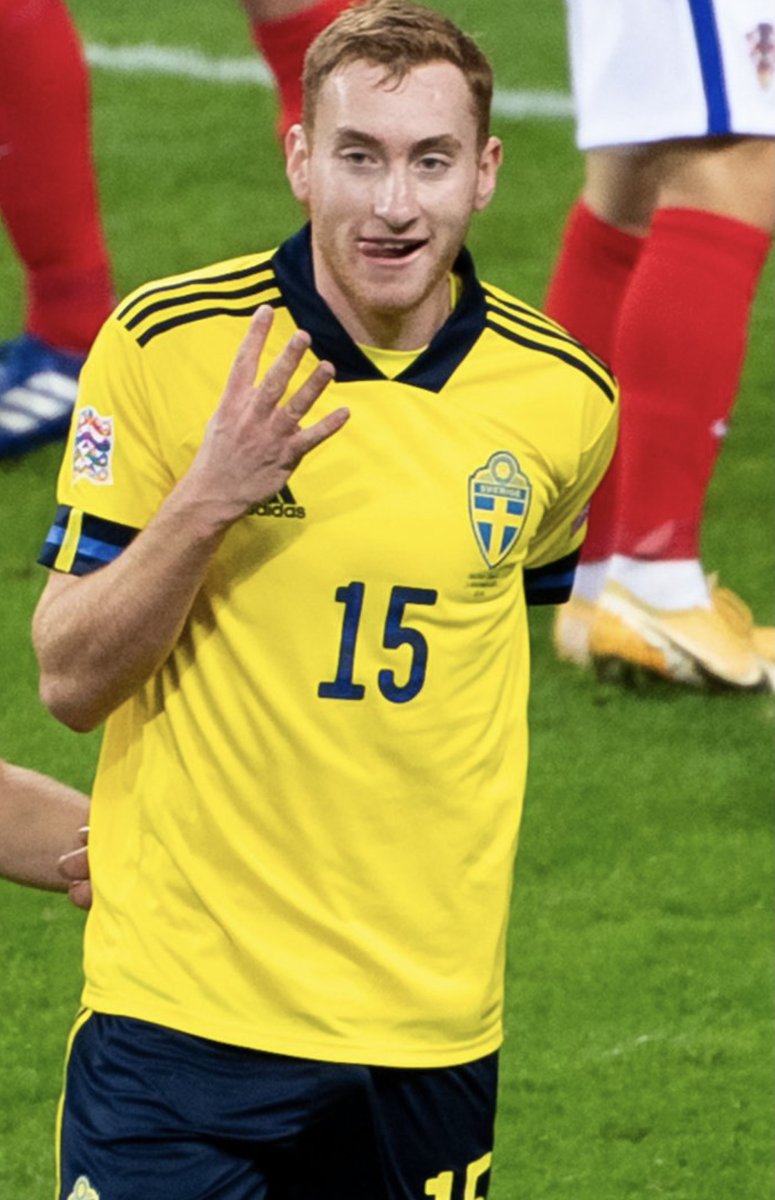 Kulusevski is an exciting young winger who is growing day by day. The Juventus star wasn’t a starter today but came off the bench to settle the game. He set their winner in injury time to help them top the group. Going forward he’d be eying a starting spot.

The striker played a perfect target man for others in the attack to thrive. With his back to goal, he was crucial in setting up the goals. Though he wasn’t able to get a goal, his importance can’t be understated.

Alexander Isak is the long-term heir to Sweden’s striking position. On the back of the best season in his nascent career, he looks to be the next Dahlin and Zlatan. Initial signs are promising. He is getting into good positions and almost came close to scoring in the game against Spain. One goal might unshackle him and elevate his game to the next level.