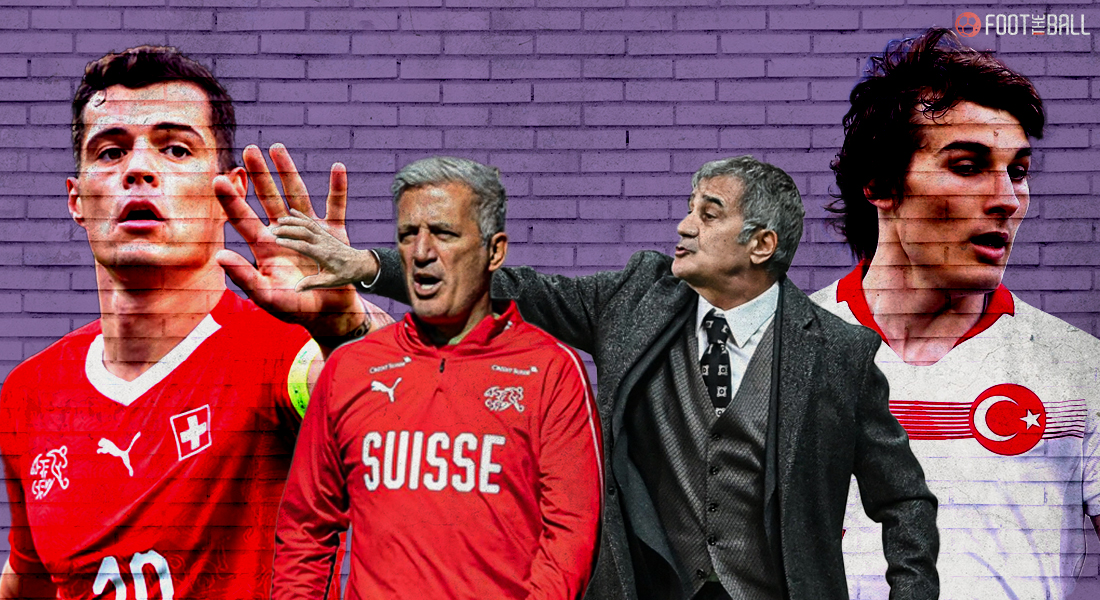 Preview: Switzerland vs Turkey- With both the teams looking for their first win, who will emerge victorious?

Switzerland and Turkey are set to square off on Sunday, kicking off the final rounds of the Euro 2020 group stages in Baku, Azerbaijan. With neither team having won a match in Group A, it is expected to be a tense and tightly packed encounter.

Switzerland is placed third in Group A after a 1-1 draw with Wales on Matchday 1 and a 3-0 loss to Italy on Matchday 2. They have been putting in good performances, but their struggle to capitalise on goal-scoring opportunities has come back to bite the Swiss. Veterans like Shaqiri and Xhaka have been terrific and doing their thing, but the rest of the team hasn’t had much of an effect.

These setbacks in the first two matches have put them in a quandary, and their destiny in the tournament now rests on Wales and Italy, with the Dragons only needing a point to qualify for the knockout stages. They will be aiming for a big win against Turkey in order to improve their goal difference to stand a chance to qualify as a third-best team.

Turkey has been one of the tournament’s most disappointing teams, having yet to find the back of the net after two matches. The opening day 3-0 lost to Italy and the recent 2-0 loss to Wales, they are yet to show out in the tournament. Holes in the midfield and defensive inconsistencies have been the reason for the horrendous performance by the Turks in their two matches.

Yilmaz has been regularly left alone in the offensive without the assistance of his midfielders, and a winning mindset has been lacking for Turkey.

A win for Turkey will give them optimism, but it may not be enough to keep their Euro 2020 journey alive as only a miracle will help them qualify for the Round of 16.

Vladimir Petkovic’s team has no major fitness issues, with the exception of backup goalkeeper Jonas Omlin, who has a minor ankle injury.

Turkey’s left-back Umut Meras suffered a right hamstring injury in their match against Italy and is yet to be evaluated. There are no other major injury concerns for the Swiss.

Although he has struggled for appearances at Liverpool, Xherdan Shaqiri remains one of Switzerland’s most significant players and has been one of the few highlights from their two disappointing matches.

Shaqiri is now more commonly deployed in central midfield, where he can utilise his dribbling and distribution to engage centre-backs and throwing them off balance, and his low centre of gravity allows him to get out of danger swiftly. He’ll be hoping to be the game-changer for his nation and at least help them register a win in the competition even if they don’t make it to the knockout rounds.

Captain Burak Yilmaz has been one of the few Turkish players who has done all possible things to assist his country to perform well in the tournament, but no positive results have followed. Both against Italy and Wales, the veteran striker tried everything he could to reach the back of the net and was seen carrying the team in both games, without any effort from his fellow teammates.

One to watch this summer. 🇹🇷 pic.twitter.com/Whyw9eVRA3

He would have wanted to do well with his national team after helping Lille win the Ligue 1 title this season. He performed admirably as an individual, but the team as a whole failed.

The striker is capable of scoring all sorts of goals and will be hoping to open his and his team’s goal-scoring account if his teammates can perform better.

Switzerland and Turkey will enter the match seeking their first victory at Euro 2020. Both sides will be hoping for a victory because it is the only way they will be able to advance to the tournament’s knockout stages and even that might not be enough to help them survive.