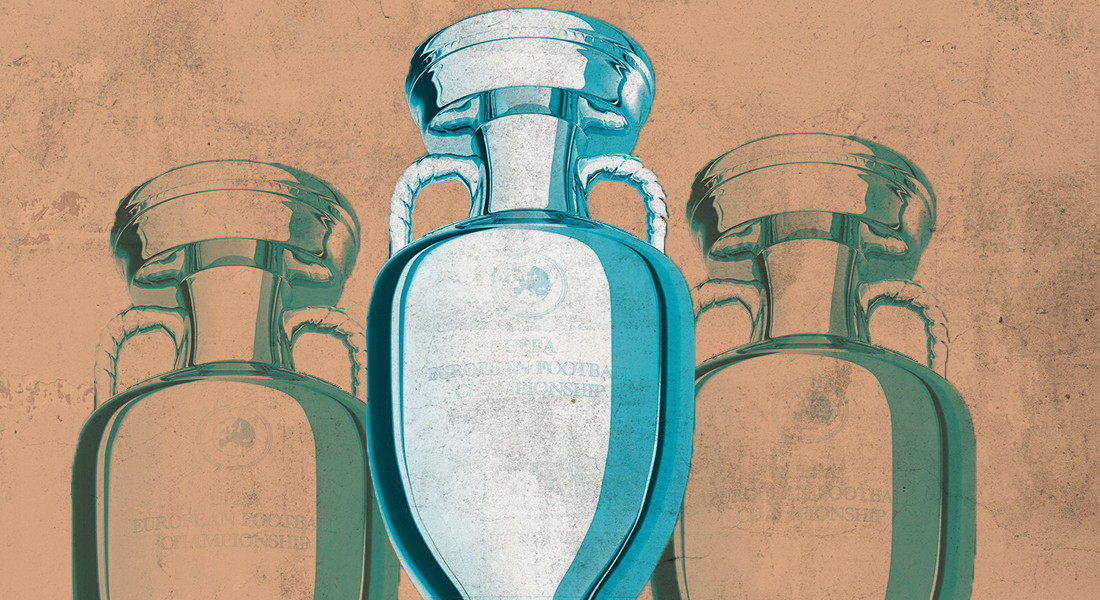 The UEFA Euro Championship, informally known as the UEFA Euro is the most prestigious international football tournament in Europe. It garnered record viewership and stadium attendance figures ever since its advent more than six decades ago.

So much so that the final of Euro 2016 between France and Portugal was the second most watched game in European tournament history. Over the years only two nations have been able to lift the title on three occasions – Spain and Germany. FootTheBall takes a look at the victorious campaigns of these countries ever since the advent of the continental contest in 1960.

Back in the day only four teams were allowed to feature in the final tournament, as such Hungary, the Soviet Union, Belgium and West Germany entered as the final four teams in the competition.

In Germany’s maiden Euro triumph, albeit the team that was playing was exclusively composed of West Germans, Bayern Munich and Germany legend Gerd Muller scored braces in the semi-final against Hungary and in the showpiece match against inaugural European champions Soviet Union.

Seven German players made it to the UEFA Team of the Tournament shortlist, including footballing greats like Franz Beckenbauer, Jupp Heynckes and Uli Hoeness as the Germans won 3-0 against Soviet Union – the second largest margin of victory in a UEFA Euro Final.

In this edition, eight teams entered the final competition and were divided into two groups containing four teams each as part of the group stage of the tournament.

West Germany played four matches in total in Italy and didn’t even lose a single game. Klaus Allofs of Germany was the top scorer of the tournament courtesy of a hat-trick against the Netherlands in the group stage.

In the final match, Germany, having been beaten on penalties in the 1976 final against Czechoslovakia, returned to winning ways as they dispatched Belgium 2-1 thanks to a Horst Hrubesch brace (these were his first two goals in German colours) at the Stadio Olimpico in the Italian capital

More than one and a half decades after their last triumph in the continental competition, Germany (now reunified) came to England and won the European Championship on the soil where the beautiful game took birth. The Germans were undefeated across the entire length of the tournament, topping their group easily (which also contained Italy).

In the knockout stages, Die Mannschaft beat Croatia 2-1 in the quarters, overcame hosts England on penalties in the semis and won the title courtesy of a golden goal scored by Oliver Bierhoff (who scored a brace in the final) against the Czech Republic. With this win, Germany exacted revenge for their 1976 defeat at the hands of Czechoslovakia on penalties in Belgrade.

Back in the days of the Francoist dictatorship in Spain, La Roja became the first ever side to win the European Championship title on home soil.

Only four teams gained entry into the final tournament, that were Denmark, Hungary, Soviet Union and the hosts Spain. The home side overcame Hungary in the semi-finals in a tie that finished in the Spaniards’ favour after extra time.

But in the final, the Spanish team won against defending champions Soviet Union within regulation time, courtesy of a late goal by Marcelino that snuffed out the Soviets’ bid to defend the title they had won four years ago in Paris.

During this tournament, the Spanish national team exploded on the international scene with utter class, winning every game in the group stage as they finished as group winners.

In the quarter-finals, La Roja overcame then World Cup winners Italy on penalties. In the semi-finals, the Spaniards won against Russia with considerable ease, before they won the title decider in the Austrian capital Vienna.

This title triumph kickstarted an era of dominance for Vicente Del Bosque’s team in subsequent international tournaments as Spain became a force to be reckoned with both in international and club football.

Spain entered this edition of the Euros as defending champions with a daunting task at hand – to successfully retain their title (a feat that no other national team had achieved until then).

La Roja drew against Italy in the opening tie, but then won the remaining two games to finish as group winners. In the knockout stages, the Spaniards won against France in the quarter-finals and against Iberian Peninsula neighbours Portugal in the semi-finals (after a 4-2 win on penalties).

The final of the tournament was a rematch of the opening tie of Group C – Spain Vs Italy. Coming into the match, the Spaniards had only conceded one goal that came in the opening tie against Italy.

But in the title decider the Spaniards never let the Azzuri take control – winning the match by a staggering margin of 4-0 against the 1968 Euro winners and writing themselves into history books as the only team till date to defend its European Championship title successfully.