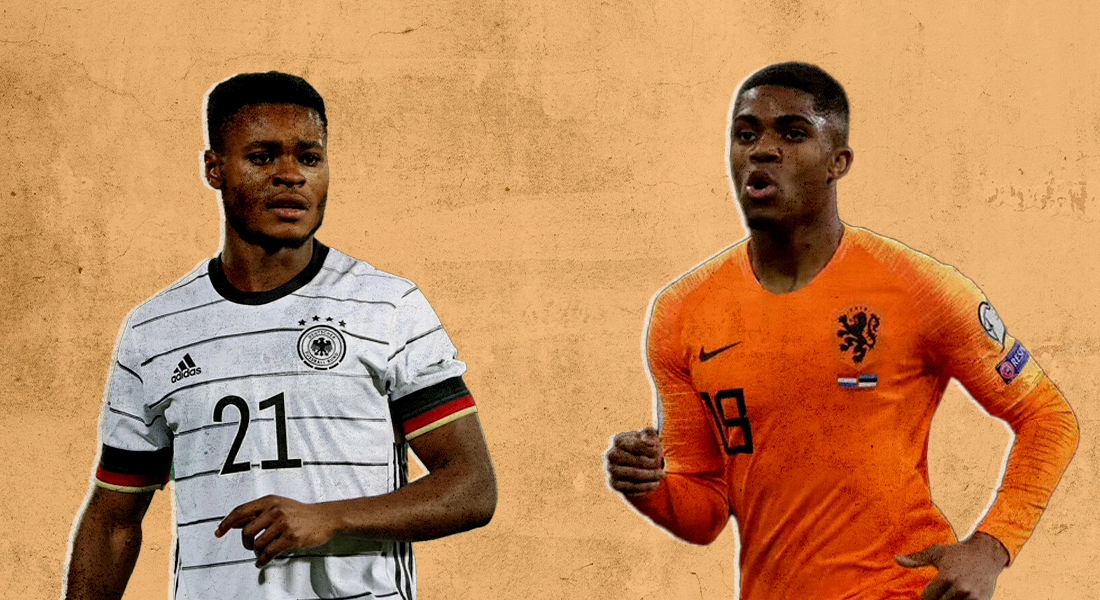 Under-21 European Championship: Top 10 talents that Europe's clubs would be watching closely

The international break is often claimed to be a boring time for football fans, and this is especially true in a season where there have been an influx of club matches week after week. However, this break is proving to be different where some of Europe’s hottest young talents would clash with each other.

The U21 European Championship is a massive opportunity for Europe’s top talents to put themselves on show.

In recent seasons, more and more young ballers are becoming key components in senior sides across Europe, so this year’s tournament promises to be one with high quality.

The UEFA U21 European Championship started on 24 March. The tournament is co-hosted by Slovenia and Hungary and was originally due to run from 9 to 26 June 2021. However, the rescheduling of the senior tournament meant the U-21 version would be split in two: the groups stage will run from 24 to 31.

Here are 10 ballers set to make a statement in the U21 European Championship. 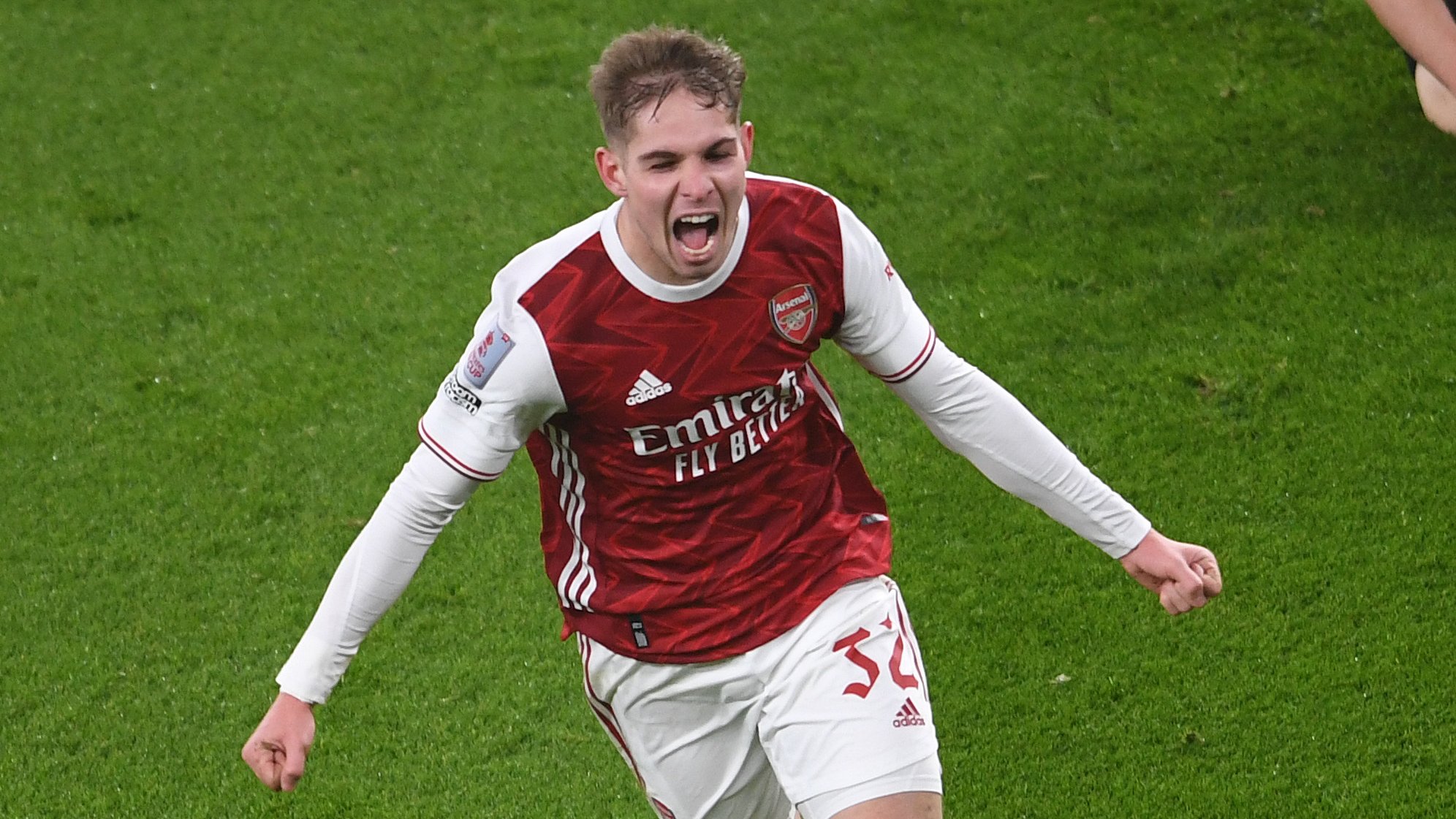 Emile Smith Rowe has emerged as a central figure to Arsenal’s mid-season revival. The 20-year-old, dubbed the Croydon De Bruyne by some, has injected an urgency and creativity to Mikel Arteta’s side that was absent during a lacklustre start to their campaign.

The attacking midfielder’s first Premier League appearance of the season came as late as December 26. He provided an assist for Bukayo Saka as a 3-1 win against Chelsea snapped a seven-game winless streak in the league.

Since then, he has made a further 13 Premier League appearances and provided three more assists. His preferred position is as a central creator but he has operated from wide right and wide left since the signing of Martin Odegaard in January.

Whether you use stats or the eye test to determine how good a player is, both metrics will firmly support that Madueke is a complete baller. In his first full senior season, the youngster has one of the best outputs in Europe for his age with nine goals and eight assists.

This rise to the top has now resulted in his first England U21 call up. His versatility has seen him play in a host of positions including both wings, up top, supporting striker and attacking midfield. England have a stacked squad but Noni could well be a key player through this initial group campaign. 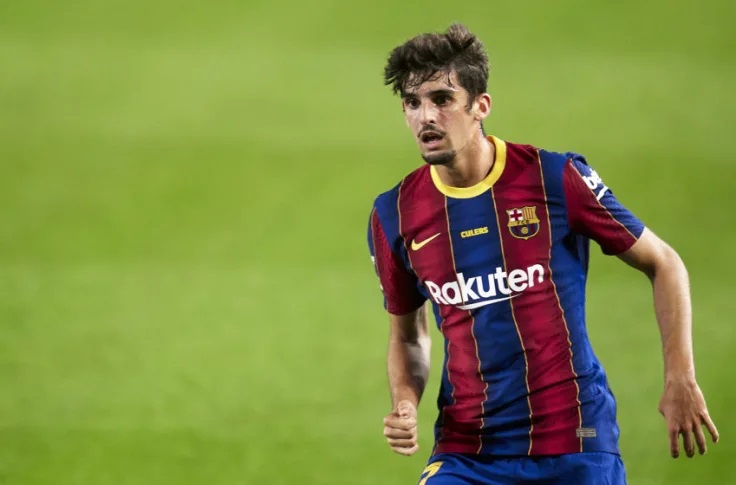 The gifted Barcelona flanker returns to U21 action having already picked up six senior caps. With a powerful shot, skill and pace, Trincao is a joy to watch and could be very useful for Portugal as they seek to claim this particular piece of silverware for the first time.

Barcelona starlet Trincao is the man many at Camp Nou hope will take over from Lionel Messi when the Blaugrana legend eventually leaves or retires. No pressure then. 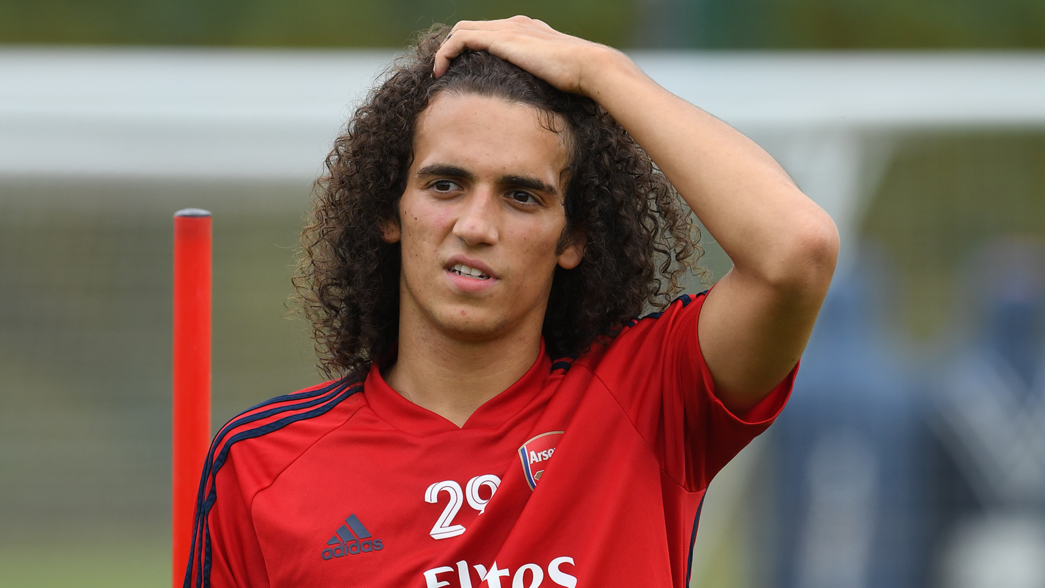 Matteo Guendouzi has had a rather interesting couple of years, since joining Arsenal from the French second-tier back in 2018. Despite his age and limited experience at the top level, the Frenchman showcased clear signs of promise early in his Gunners career.

However, the now 21-year-old’s form proved somewhat erratic, with Guendouzi having even been compared to a headless chicken due to his non-stop style. Nevertheless, when Mikel Arteta first took the reins at Arsenal, the youngster was afforded plenty of game-time.

The midfielder has since been loaned to German outfit Hertha Berlin for the 2020/21 campaign. And Guendouzi has endured a rather mixed season to date, with Hertha, after a decent start, having been dragged into a relegation battle. The Arsenal man’s playing time, meanwhile, has taken a hit in the process. 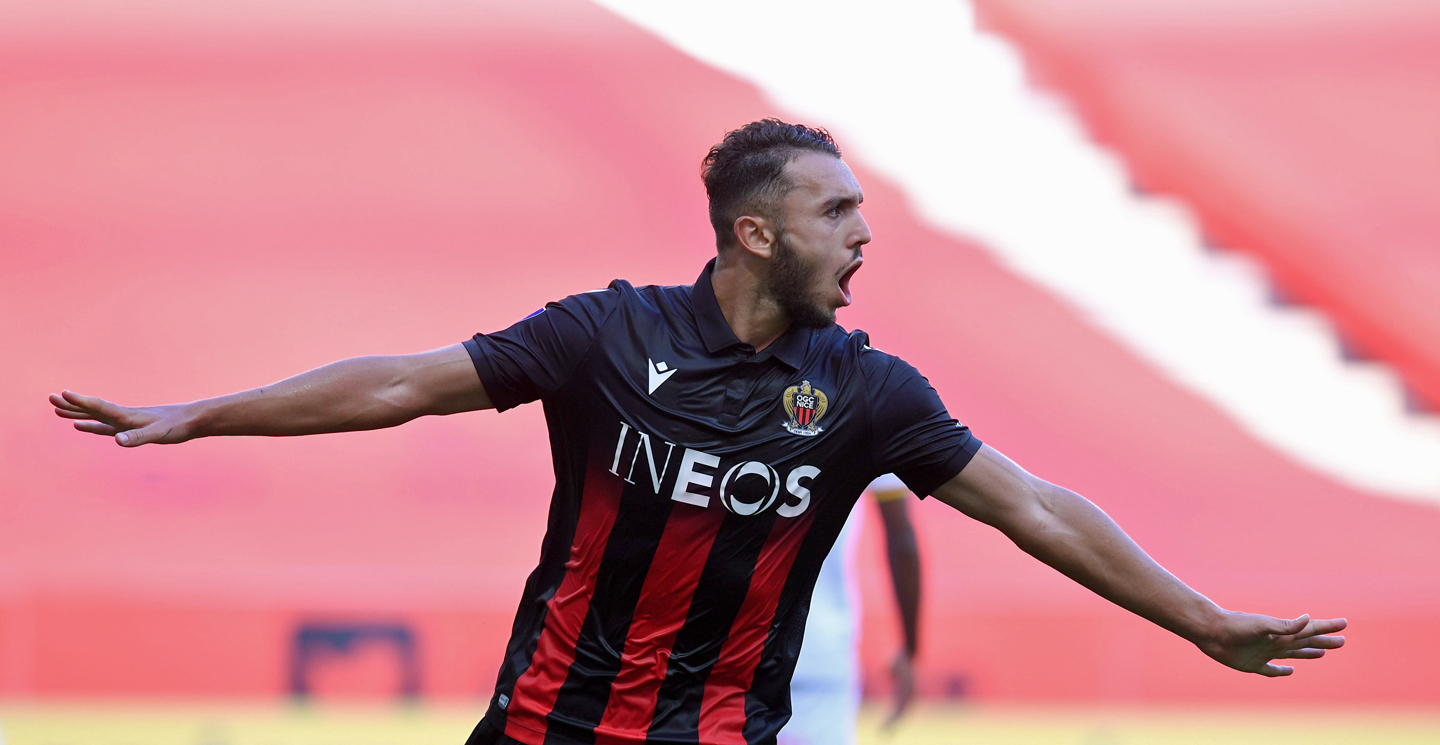 France have arguably the most stacked squad at this tournament when it comes to talent, but one player everyone’s eyes should be on is Gouiri. Still only 21, Gouiri has become a key component in a very young Nice side.

His 12 goals and six assists has got the whole of France discussing whether he could one day go on to be a key player for the senior national team. Gouiri has great caliber at youth level and he will be competing for a highly coveted starting place but once again, versatility will prove key.

He has previously played on the wing for the U21s and will continue to do so in U21 European Championship while also being an in-form players in the camp. 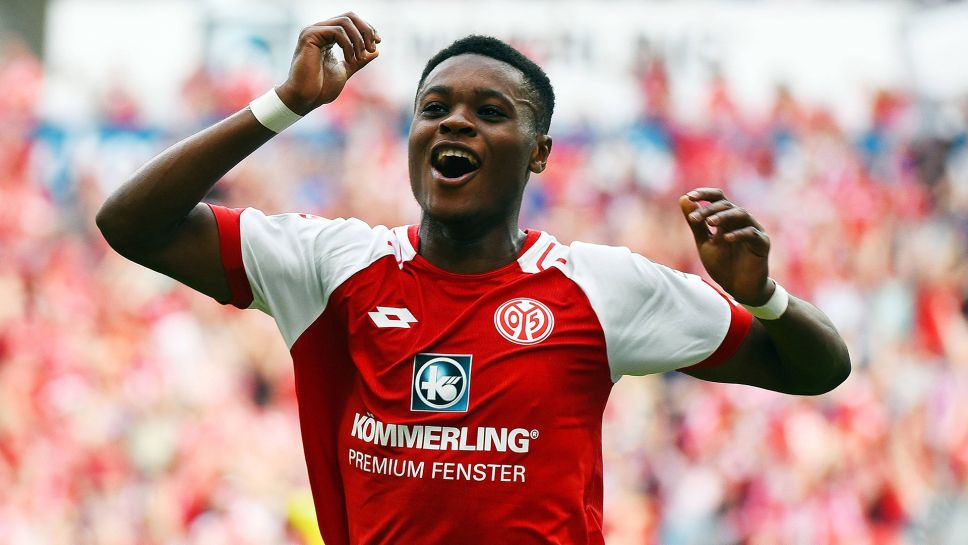 Bayern Munich CEO Karl Heiz-Rummenigge spoke about the lack of young talent coming through in Germany but we beg to differ. One player who you need to know about is Ridle Baku.

The versatile player is going from strength to strength in the Bundesliga following his recent move from Mainz to Wolfsburg and is an experienced head having been called up to the national senior side back in 2020.

Baku can operate at right midfield as well as centrally and has a keen eye for goal. This season alone, he has netted five times as well as providing a handful of assists. The Germans have a strong team and Baku will be a leader in the ranks. 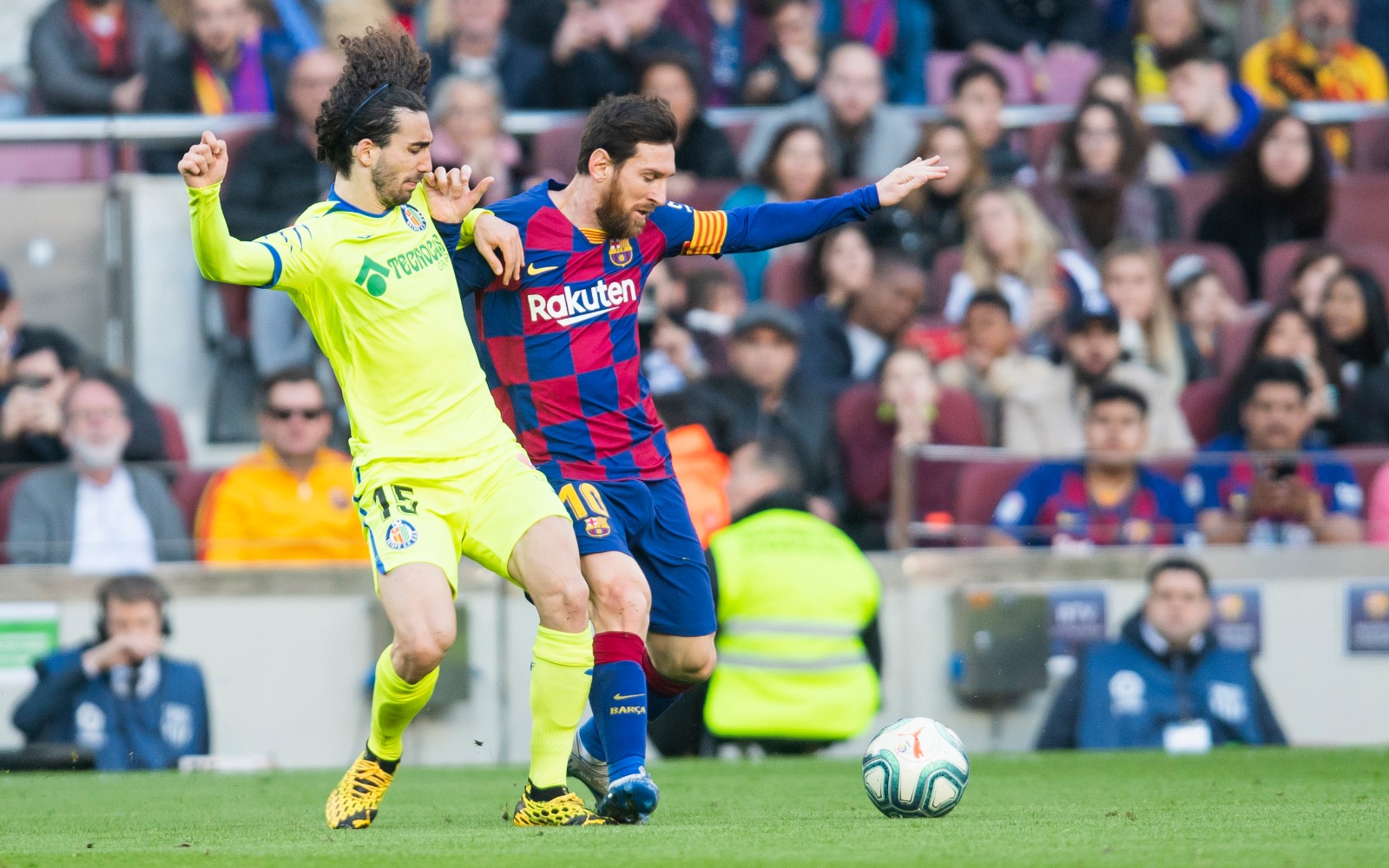 Marc Cucurella is one of the most talented players to come out of Barcelona’s academy, but couldn’t make their first team after being loaned to Eibar and Getafe several times so eventually made the permanent move to Getafe.

He started playing as a left-back, but his role has changed during the last year as he is a very attack-minded player. He is quite skilful and is certainly one to keep an eye on.

Born in Eindhoven, Gakpo was drafted into the PSV academy at the age of seven and has since grown his reputation through the various age groups.

In November of 2016, Gakpo made his professional debut as a substitute in Jong PSV’s 1-0 defeat to Helmond Sport. The winger also starred for the U19’s in the UEFA Youth League, scoring twice in a 6-0 win over Rostov and all all eyes will be glued to this kid at the U21 European Championship.

Gakpo can play on either wing, is unpredictable and has the talent to score exceptional goals. 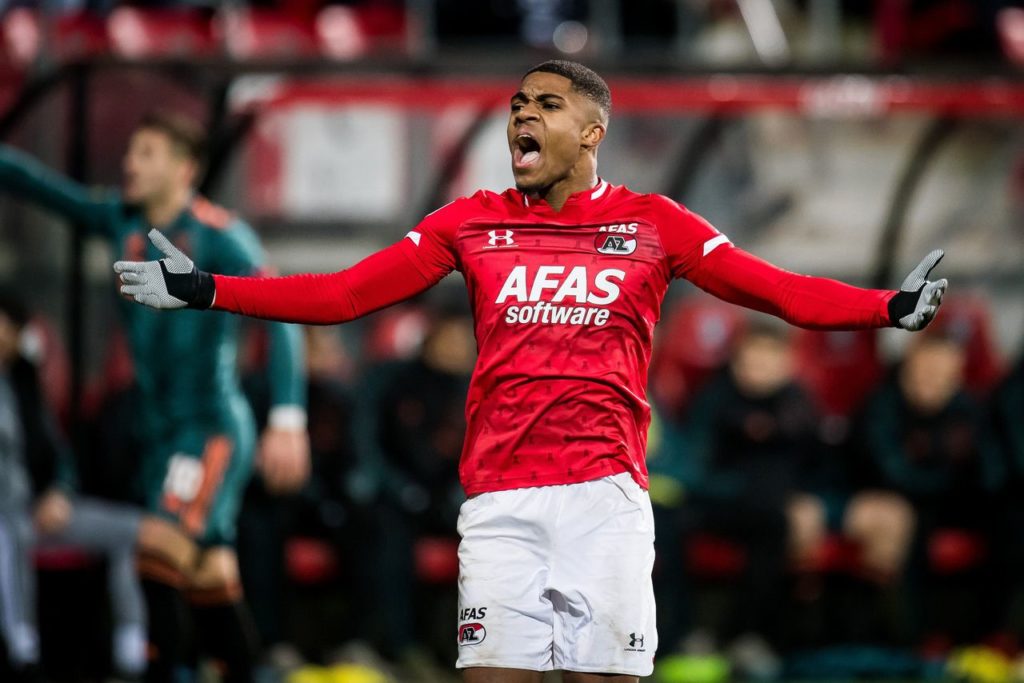 The AZ Alkmaar academy has proven to be one of the best academies in Europe lately and quite a few players have had the chance to play and impress in the first team. A name that came under the radar last year is Myron Boadu.

The 20-year-old striker had an outstanding season in 2019/20 and is now looking to repeat it after a slow start to this campaign. He is one of AZ’s key weapons in attack and has scored 11 goals so far this season. Despite being a centre forward, Boadu isn’t the typical target man winning air balls and staying only in the penalty area. His movement and pace are what brings explosiveness upfront and allows him to catch the opposition off guard.

Everyone who’s played FIFA or Football Manager knows how good virtual Myron Boadu is, but how many of us have watched him play in real life? This is the perfect time to do so. 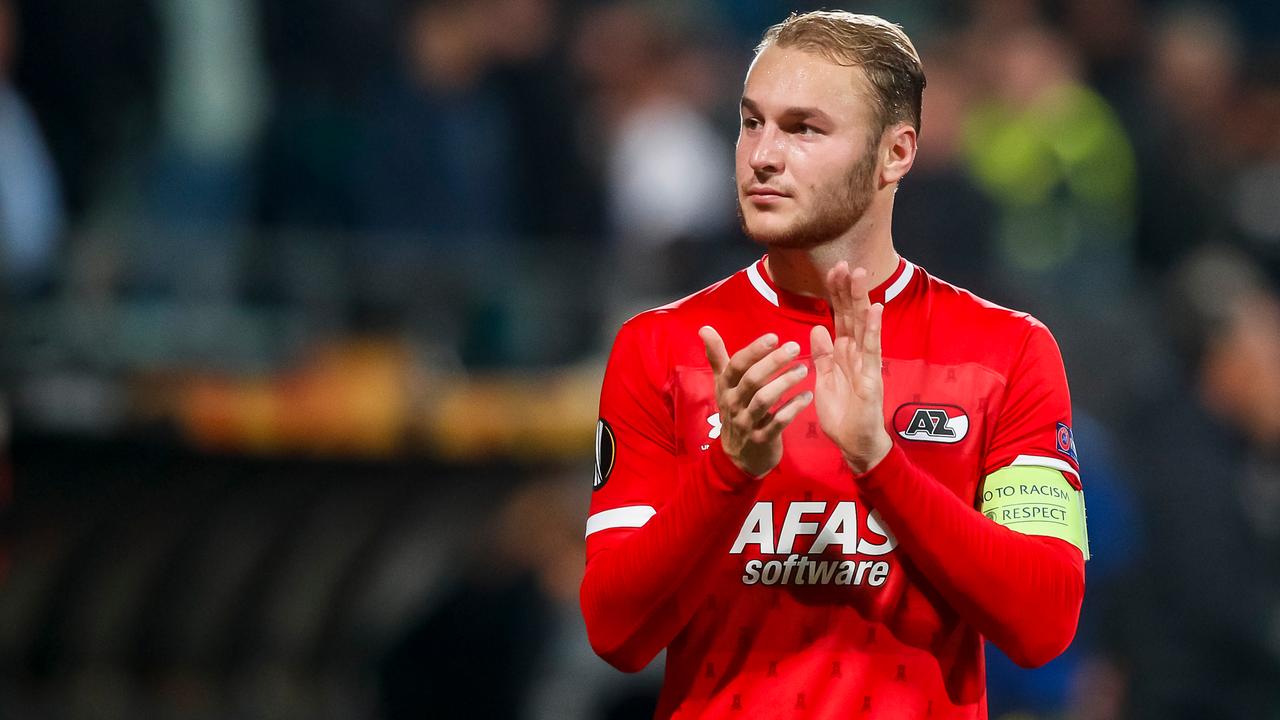 With over 100 games in the Eredivisie and at 23 years of age, Teun Koopmeiners is one of the grandads of the U21 European Championship, but it’s that experience that makes him so dangerous.

Koopmeiners made his debut for AZ in 2017 and quickly became a first-team regular. And the captain of both AZ and the Netherlands U-21 is having the best season of his career so far. In 27 league matches, he has scored 15 goals and registered five assists.

He’s an excellent box-to-box midfielder and he’ll be on the transfer wish-list for Europe’s elite over the coming weeks. The Right to Host!