TIME TO WIN IS NOW! 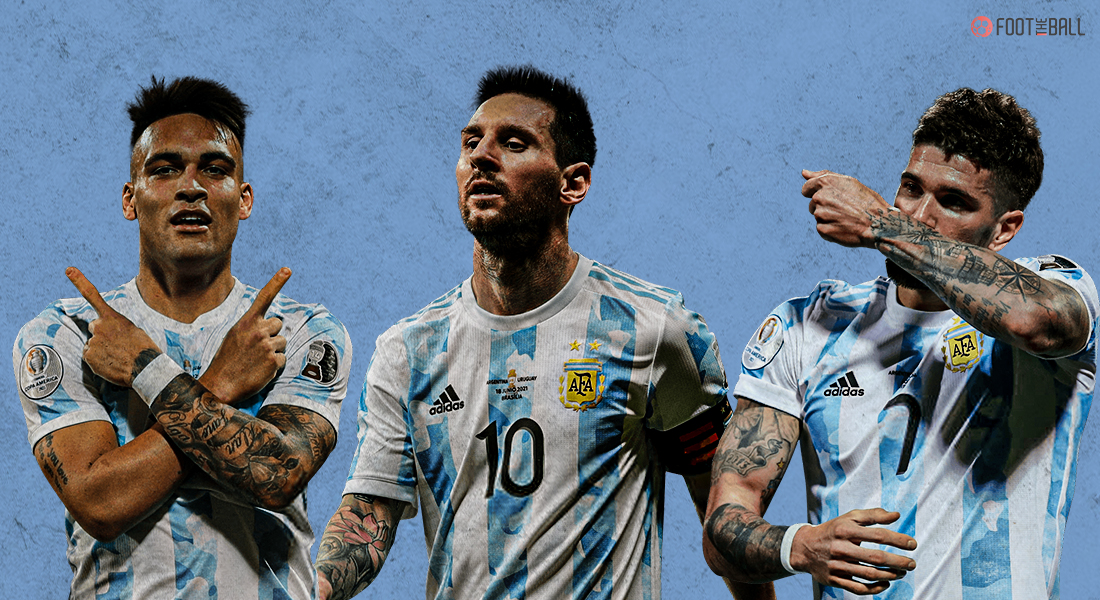 Argentina made hard work of their semi-final bout against Colombia, prevailing in a trash-talking, back and forth affair. Emiliano Martinez’s penalty shootout heroics was enough to finally lay their heartbreak of 2015 and 2016 at rest.

The reward for their endeavours is a mouthwatering clash against arch-rivals Brazil. Not only are the Selecao defending champions, but they also appear the stronger team man-for-man. So, how do La Albiceleste go about finally lifting the historic trophy after 28 years of heartbreak?

Lionel Scaloni’s side have been heavily reliant on the genius of Lionel Messi, as has become the custom. The former Barcelona captain and current free agent has been firing on all cylinders to help his nation win. He has already garnered four goals and five assists, both of which are the highest at the Copa America. His resilience to play on despite a bloodied foot has garnered admiration worldwide.

As the sun rises in the East, it is given that all of Argentina’s good things will come through Messi. His individual skills and technical ability are enough to see off most teams, but this final will not be easy. Messi’s genius will have to be in full flow but even more than that, his understanding with his teammates.

Beating the midfield presses and attention of Casemiro, Fred and et al will be the foremost thing on Messi’s mind. If he can get by them, his ability to set up players or even take a shot is uncanny. Furthermore, if the defenders do give away a free-kick in a dangerous position and on Messi’s current form, it will surely be nestling into the net.

However, football remains a team sport and that is why Brazil enter the final as favourites. Messi’s teammates have been sporadic in stepping up, but it has not been all doom and gloom of yesteryear. Gone are the days of Gonzalo Higuain missing one-on-one chances in clutch matches, this new-look team can strut their stuff.

Goalie caught out, Lionel Messi with the sweet pass, and Rodrigo De Paul scores his first goal for #Argentina ⚽️https://t.co/saomvG2Sx5

The tournament has witnessed various players stepping up to the fore, with goals from Lautaro Martinez, Rodrigo De Paul, and Alejandro Gomez. The Inter striker, especially, has been clinical in front of goal with three goals already and keeping Sergio Aguero on the bench. If they can continue the linkup play that they have shown already, it will be incredibly difficult for the Selecao to gain a foothold.

Lautaro Martinez has been BEASTING at Copa America 2021 💪

His third goal in as many games has Argentina up 1-0 over Colombia 🇦🇷 pic.twitter.com/vRQTQAloA6

This is not to say that it will be easy. Brazil have some of the top defenders in the game including Marquinhos and Thiago Silva. They are built rock solid and that has contributed to them only conceding two goals. Finding spaces in between and around them will be the key. Scaloni needs to manage the game in such a manner that the defenders get drawn to the ball, leaving spaces in behind.

🇦🇷 | Lionel Scaloni overtook his former coach Marcelo Bielsa last night in the record for “Longest unbeaten streak as Argentina manager” as the ex-Newell’s man made it 19 games without defeat. pic.twitter.com/n2MDlIrc64

Those can be exploited by the quick players of Argentina who can take shots away. The one concern with the Albiceleste remains their defenders will need to get physical and mark the opposition closely.

Lucas Paqueta and Neymar have been in fine goalscoring touch, with additional firepower always on the ready. If they can win the duels and put in some sensible challenges, it will be a much more interesting contest.

Coming to the last man on the pitch, goalkeeper Emi Martinez has been a revelation in his international competition debut. It is no secret that Argentina have been one of the weakest at this position for years. Without Sergio Romero, who had been the constant till his downfall with Manchester United, they have looked lost.

A whole host of names were tried and discarded after unconvincing performances. Martinez, to his credit, has been one of the top goalkeepers since he helped Arsenal win the FA Cup in 2020. Having joined Aston Villa and becoming first choice, he kept 15 clean sheets in a superb season. That earned him the starter’s role at Copa America and he has not disappointed.

Watching Emiliano Martinez in that penalty shoot-out was incredible.

Trash talking is one thing, but backing it up is something else. The Argentina and Villa GK made 3 huge saves.

His showdown with Mina & the celebration… 😂#CopaAmerica #ARGxCOL

Martinez has garnered four shutouts with his triple save in the penalty shootout last night the highlight of the lot. It is no small thing to say that it would not have been possible to reach this final if it weren’t for the Villa number one. He will be hoping to add more silverware and help his nation finally taste success in a final.

Brazil and Argentina have served us some timeless classics across ages which is what many fans will be expecting from this one as well. La Albiceleste will be aiming to win, and that too on enemy soil. However, do not be surprised if it remains a low-key affair with some moments of brilliance being the difference. It is time to write another chapter in this evergreen rivalry come Sunday.