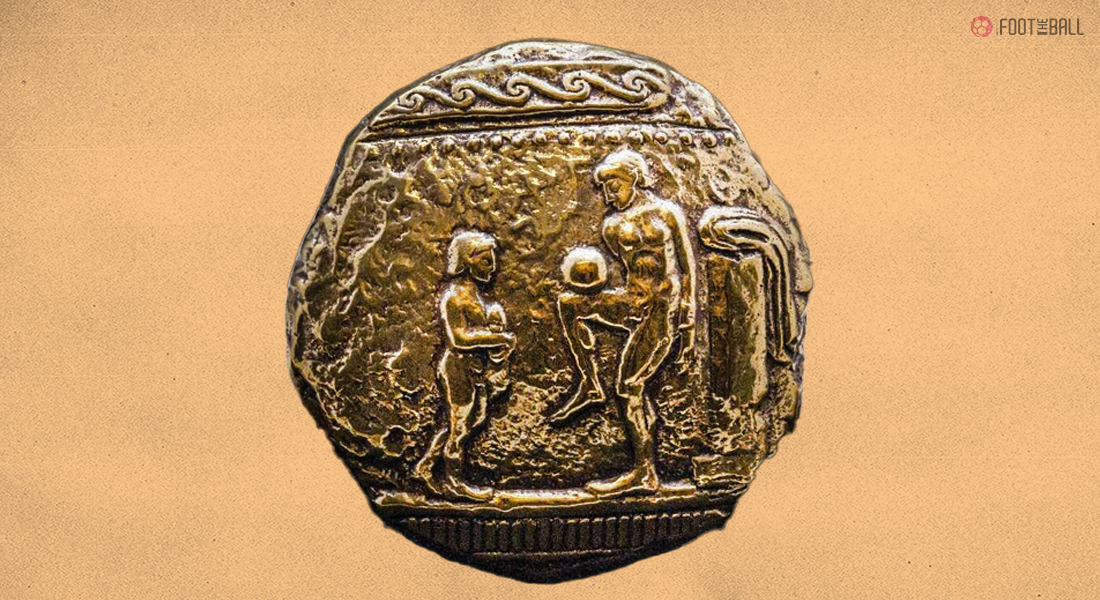 The world joined hands to award England’s golden generation a standing ovation after they faltered at the last stage against the Azzurri. After being knocked out by Iceland in 2016, the resurrected Three Lions looked hungry for silverware. While the football fans might have heard Wembley erupting with the chants of ‘It’s Coming Home’ every time the English players scored a goal, the other spectators wondered where is the actual home of football?

A few miles away from England’s home stadium is the prestigious cricket stadium of Lords. A place where England’s cricket team lifted the honourable World Cup just 2 years back. Also called the Home of Cricket, Lords is England’s backyard.

While Lords is famous for being the Home of Cricket, the Three Lions’ latest chant might not be synonymous with the football team. While the Euro trophy has shown connections with the game of Episkyros and Ancient Greece. So where is the actual home of football- in England or in Greece?

THE SPORT OF EPISKYROS

Frenchman Henri Delaunay proposed the scheme of introducing a football tournament for the European teams in the early decades of the 1920s.

However, significant societal changes, as well as international conflicts and World War II, put a stop to Delaunay’s audacious ambition.

Delauney was thrashed after his schemes were thrown out of the window but fortunately passed the baton to his son who carried his father’s schemes.

“Europe is a word of Greek origin,” Delaunay explained to UEFA Direct magazine in an interview in September of 2005. “Europe certainly originated in the Mediterranean Basin, and Greece invented the Olympic Games.

“So, I thought,” he continued, “it would be a good idea to find an ancient Greek artefact, depicting a ball if possible – something which was not particularly common – and reproduce this in the form of a trophy,” he noted.

“A Greek journalist who was a friend of Constantin Constantaras, a member of the (UEFA) Executive Committee, found a sculpture of an athlete controlling a ball at the National Archaeological Museum in Athens.

“The Parisian silversmith Chobillon, who was commissioned to make the trophy, reproduced it on the cup, on the opposite side to the title,” Delaunay recounted.

While the fact that the UEFA Euro date coincides with the Olympics is not an accident by any means. Every 4 years the world experiences two major events in the field of sports. While Italy lifted the Euros this summer, Tokyo is preparing for the summer of the Olympics. Also proving football’s actual home is Greece.

THE GAME OF EPISKYROS

A sport played between 12 to 14 players, Episkyros was one of ancient Greece’s most favourable sports. Although the game allowed the use of hands and was played with just one ball, Episkyros did spark some conflicts in parts of Sparta and different parts of Greece.

Episkyros is a tournament that originated in Ancient Greece during the Greek Dark Ages, before the 9th century BC. The game’s objective was straightforward: shoot the soccer past a white line of scrimmage (known as the skuros) that the opposition player was going to protect.

To all who believe that football ⚽️ was invented by the British, think again. #Episkyros (Ἐπίσκυρος or Ἐπίκοινος, commonball) was an ancient Greek ball game. Played between 2 teams; usually 12-14 players each … https://t.co/KWROUQMEKI #Archaeology @FutbolBible pic.twitter.com/rGpw7pqu7o

Episkyros was a joyful contest that provided a welcome diversion for the people in Sparta, notably the Spartan soldiers. A yearly competition was held at a Sparta provincial fair annually. Hundreds of residents would gather and scream on their favourite teams during the celebratory event, which generally comprised five to six squads.

The Sparta city festival tournament was one of the first known organised football tournaments, although in a very primitive state. A few years down the line, the sport of Episkyros crossed country boundaries when the Romans created their unique version, which they called Harpastum.

THE IMPACT OF EPISKYROS ON GREECE

Merely glance at the subsequent triumph of Greek’s game to properly comprehend Episkyros’ influence on the globe of football.  The prominent sport of soccer still plays a large part in Greek civilization with a sparkling Top Division featuring widely regarded European giants such as Olympiacos F.C. and AEK Athens F.C.

On this day, exactly 16 years ago, Greece beat Portugal 1-0 in the EURO 2004 final to shock the world. 🇬🇷🇵🇹 pic.twitter.com/O3HpNY2wMD

Greece is becoming a constant menace on the world stage. After missing to compete for a World Cup event from 1954 to 1990, the Sky and Blue Whites have emerged as a perennial World Cup competitor, appearing in three of the last seven editions. Lifting the 2004 Euro Cup must be the brightest day in Greece’s footballing history.

EPISKYROS TO FOOTBALL- A FORMIDABLE JOURNEY

While Episkyros was a sport formed and established in Greece, slowly-slowly it started crawling into the category of a major event named football.

But, similar to how the historical Olympic games have evolved into the recent editions we see now, professional football is adjusting to shifting criteria and times.

To borrow an English cliché, soccer came home to Greece on July 4, 2004, as episkyros is surely the father of football and the sport never belonged to the Three Lions.