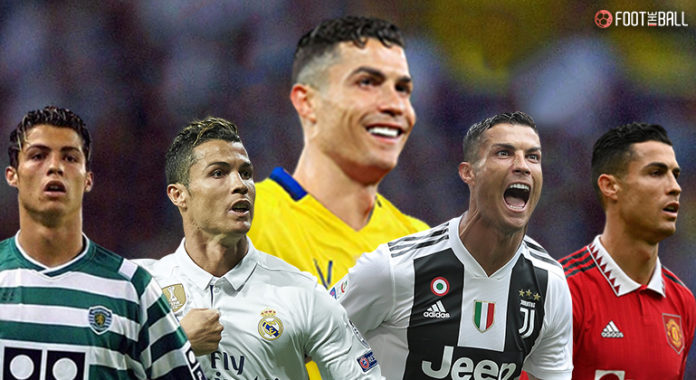 As per multiple reports, Saudi Arabia’s Al-Nassr have signed Cristiano Ronaldo for a world-record bid of €200m per season and will wear their yellow and blue until June 2025. The Portuguese, who was entirely focused on his world cup campaign, had not made any decision.

With the race to sign Ronaldo officially over, let’s know more about Al-Nassr who have signed Ronaldo and brought him to the Arab country.

Who are Al-Nassr? And who manages them?

Nicknamed Faris Najd, which translates as the Knights of Najd, Al-Nassr play their football in Mrsool Park in front of 25000 fans in the city of Riyadh.

They currently sit second in the league standings after eight games, three points shy of Al-Shabab. Last season, Al-Nassr finished third in the SPL while they were kicked out of the King Cup and the AFC Champions League by Al-Hilal, one of their main domestic rivals.

Six players out of the 26 representing Saudi Arabia in Qatar don the yellow and blue of Al-Nassr in SPL, including defenders such as Sultan Al-Ghanam, Abdulelah Al-Amri, and Abdullah Madu.

As of now, the club are managed by the French Rudi Garcia, who has previously managed Roma, Marseille and Lyon, and is best known for winning a domestic double with Lille in 2010-11. The merry-go-round of managers has been however a constant at Al-Nassr. Since 2000, they’ve chopped and changed 42 permanent managers plus two interims.

According to the club’s old website, “Al-Nassr was established in 1955 by the brothers Husein and Zeid Al-Ja’ba in their house on Al-Ataif Street in Riyadh.” It functioned as an amateur entity till it was registered with the General Presidency of Youth Welfare in 1960. The club achieved promotion to the first division in 1963.

Yellow and blue, the colours of the club, are inspired by the environment of the country and symbolise the vast, golden sand in the Arabic deserts and the exquisite water in the Arabian seas respectively.

Al Nassr are one of the most successful clubs in Saudi Arabia, having won the league on nine occasions – only behind Al-Hilal’s tally – with the most recent triumph coming in the 2018-19 season. Faris Najd have also lifted the King Cup six times, the Crown Prince’s Cup and the Federation Cup thrice, and the Saudi Super Cup also twice.

Internationally, they peaked in 1998 when they claimed a historic Asian double, winning the Asian Cup Winners’ Cup as well as the Asian Super Cup. However, they’ve never had the honour of conquering the AFC Champions League, coming the closest in 1995 when they finished as runners-up.

Al-Nassr also participated in the Club World Cup in the 1999-2000 season when they squared off against and lost 3-1 to Ronaldo’s previous club, Real Madrid.

Famous Football Stars in the Club

There are few players who represent or have represented Al-Nassr in the past and would be recognisable names for the followers of European-based club football. For instance, the former Arsenal shot-stopper David Ospina is the club’s current number-one choice in goal.

Brazilian defensive midfielder, Luiz Gustavo, who’s featured for Bayern Munich and Marseille in the past, is still kicking about at Mrsool Park. His compatriot, former Benfica and Beşiktaş man, Anderson Talisca, is Al-Nassr’s leading goalscorer in the SPL this season.

Former Porto striker, Vincent Aboubakar, who was in dazzling form for Cameroon in their match against Serbia in the FIFA World Cup in Qatar, also wears the colours of Al-Nassr.

Previously, the club was managed by the World Cup-winning captain of Italy, Fabio Cannavaro for a short duration in the 2015-16 season.

Furthermore, the Colombian hero, Rene Higuita, who is wildly famous for his acrobatic, scorpion-kick save against England at Wembley in 1995, was Al-Nassr’s goalkeeping coach from 2011 to 2016.