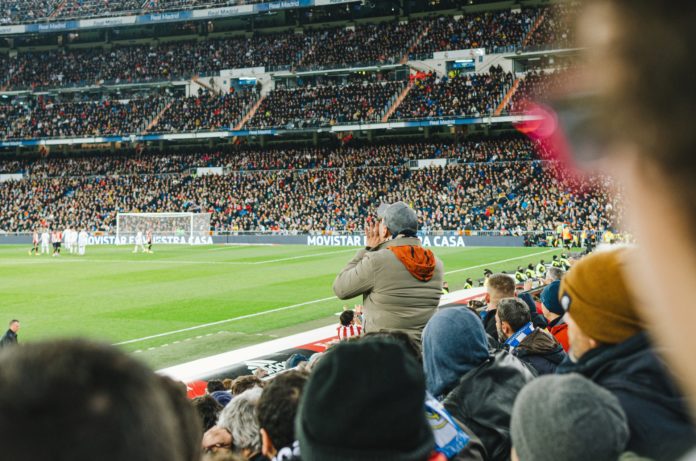 The Spanish love their football. With a rich history in the sport, football is the go-to sport for the majority of Spain. The domination in the sport in the 21st century has ramped up that passion further. From 2008 to 2012, Spain were the undisputed kings of international football, with three consecutive wins- Euro 2008, World Cup 2010 and Euro 2012.

Even when that spell broke at the international level, the domestic circuit was taken over by Spanish clubs. Since the 2012-13 season, Spanish clubs have won the Champions League title six times out of 10, with a 5-win streak from 2013-14 till 2017-18. Meanwhile, the Europa League was bossed by the likes of Sevilla, Atletico and Villarreal.

While these clubs are giants in their own right, new football fans naturally gravitate towards Premier League more often. It might be due to the Premier League’s marketing genius, lack of language barrier or their overall presentation. Therefore, this is a guide to the cream of Spanish clubs. After all, if it is the success that a new fan is drawn to, no country has had it more than Spain.

The royalty of club football. It is the dream of most players to wear the famous white of Los Blancos and rightly so, considering their history.

Real Madrid has won 33 titles in La Liga. They have won a barely believable 14 UCL titles in their existence, separating them from the pack by some distance. Players forego higher salaries, lucrative offers, and homely conditions the moment Real Madrid comes calling. Even the Premier League elites, like Cristiano Ronaldo and Eden Hazard, did not resist the Madrid club’s lure when they were in their prime. The most famous player in tea history was Alfredo di Stefano who was the best player in the 1950s to 1960s. Besides that, Real Madrid has many other star players such as David Beckham, Ronaldo (Brazil), Ronaldo (Portugal) Roberto Carlos, Zinedine Zidane, and many more star players.

However, it is not just their history which is glittering. The Spanish giants keep adding to their lore. Most goals in Spanish La Liga during season 2021/2022 was Karim Benzema with 27 goals scored. He belongs to Real Madrid. The La Liga title was one by them. Their 14th UCL title also came in the 2021-22 season. Right now, there is no other club that has the pulling power of Real Madrid. Glorious past, glittering present, and exciting future, Real Madrid truly have it all.

Every great club needs a great rival to set them apart. Barcelona is that rival to Real Madrid. If Real Madrid represents the raw winning culture in football, Barcelona claims to combine the beauty of the game with sterling success in its history. With their slogan of ‘Mes Que un club’, meaning “More than a club”, the side from Catalonia has been the place for football purists. Some of world football’s global protagonists have made their name at Barcelona. Be it the skills of Ronaldinho, or the otherworldly talent of Lionel Messi. Be it the great mind of Pep Guardiola or the revolution of his teacher, Johan Cruyff.

Johan Cruyff, the winningest manager in Barça history, would have been 73 today. Johan was the father of the Dream Team, which won the Club's first European Cup in 1992.

But Barça's managerial Hall of Fame has plenty of other greats …

Barcelona has won 25 La Liga titles and achieved huge success in the Champions League at the turn of the century. If you want to be a part of a family, and get aligned with a beautiful way of playing football, Barcelona is the club.

The sleeping giant that has been awakened by a former player in Diego Simeone. If supporting the gritty underdog is your thing, then there’s no club better than Atletico Madrid. Their crowning moment in recent years was the unexpected title triumph in 2014 when they pipped their more illustrious rivals in Real Madrid and Barcelona to the La Liga title. Simeone has transformed the ‘Other side in Madrid” into a formidable force capable of going toe-to-toe with their rivals.

However, there’s a reason why Atletico was a ‘Sleeping giant’. If you talk about the golden era of Atletico, then you should go back to 1947 and 1965. Then, no club was in a position to take down Atletico Madrid. Financial troubles later kept them from sustaining their dominance.

In terms of players, Atletico has been home to many cult favourites, especially strikers. Fernando Torres, Sergio Aguero, David Villa, Griezmann and many more strikers had the best seasons of their careers here.

Valencia is the club that has probably fallen on hard times in the worst way. Under the guidance of Rafa Benitez, the club won unexpected league titles in 2011 and 2003, even reaching European finals. However, their current state is rough. After being mired in financial troubles, Los Che have just about been keeping afloat, floating from one disaster to another.

However, the club has shown remarkable resiliency to fight setbacks and come out stronger in the past years. This could be another setback in their illustrious road. With legends like David Silva, Canizares and Pablo Aimar in their history books, Valencia CF remains one of the biggest clubs in Spain outside of the ‘Big three’.

If Valencia is a club with a glorious past and a struggling present, Sevilla is the exact opposite. With a single La Liga title to its name, in 1945, Sevilla remains some way behind other names on this list in terms of domestic honours. However, the club has become a model for sustainable success by remaining within its means. Since the turn of the century, Sevilla has won five Europa League titles, the secondary European competition after the Champions League. This includes a hattrick of wins, from 2014 to 2016, a feat in Europe matched only by Real Madrid in the Champions League. From a ‘nearly’ club that has been used to going close to the finishing line before faltering, Sevilla have transformed into a winning machine due to smart recruitment, intelligent decision-making and a clear vision for success.

To conclude, if you are a new fan of football, this guide will help to choose the right club for you in Spain. Every club has a unique personality, from aesthetics to underdogs, to pure winners, there is some quality that resonates for every fan. What’s common among all these clubs is that they have seen a lot of success in the past and are determined to continue that trend in the future too. They are truly the cream of Spanish football.