ASHLEY HAS TO GO 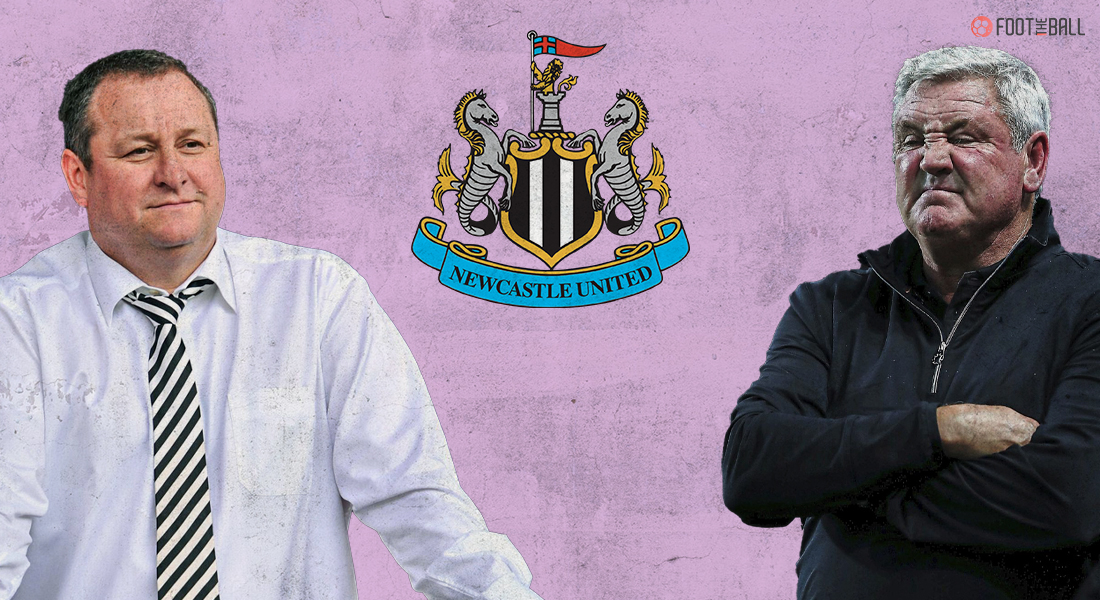 The Premier League does have its fair share of bad, absent and uninterested owners. The Glazer brothers, Stan Kroenke, the Fenway Sports Group and many more have all featured at various points of time over the years. However, another owner who has been battered by repeated accusations of carelessness and ruining his club has been Newcastle United supremo Mike Ashley.

They're the only Premier League club not to break their transfer record since his takeover and have been relegated twice 😳 #PLTonight pic.twitter.com/gXqHeEllF3

The boss of Sports Direct has been running the Magpies since 2007 and calls for him to do more for Newcastle were heard as early as 2008. Then-manager Kevin Keegan had a very public falling out with Ashley and the board where he criticized Ashley for not providing enough financial support. Also, they have been relegated twice under him.

With the Premier League set to get underway this weekend, the Magpies are the only team yet to sign a player. Though there has been progressive talks surrounding a permanent move for Joe Willock after his brilliant loan spell, more is certainly needed. There are quite a few reasons for the fans to hate Ashley, first and foremost being his unwillingness to spend.

Before Ashley’s takeover in 2007, #NUFC had the 14th highest revenue in the world, just £19m lower than the 10th placed club. In 2020 this gap has soared to £196m, as Newcastle have stagnated and so been left behind by the growth at other clubs. pic.twitter.com/D6egzUzCfP

Indeed, accounts released by the club show that there has been no owner financing over the past 10 years into the club. Furthermore, there has been no spending on infrastructure at the club either over the past few years while Newcastle still owe Ashely £107 million that has been classified as “repayable on demand.” The most damaging part of the whole financial situation has been just how poorly the club has grown since he became owner.

Can probably see why Mike Ashley and Newcastle fans don't get along! 😅

Before his takeover, Newcastle had the 14th highest revenue in the world, which has dropped to 21st and the gap to 10th place stands at a whopping £196 million. Moving on from the accounts-related mess that the club are in, fans are now fearing that they will soon get mired into a relegation battle because of their poor performance in the transfer market. The concern is real given how their competitors have strengthened this summer and especially the newcomers.

10, 9, 6, 6, 5. These are the number of players signed by Watford, Norwich, Crystal Palace, Wolves and Southampton have signed so far respectively. The last three teams finished below Newcastle last season and clearly knew what they had to do. The promoted teams are stacking up in order to meet the challenges of avoiding the drop.

🗣"If there is a good player around that we could bring, then we will do it."

All of it surely not to please Steve Bruce one bit, especially given how he has also lost Christian Atsu, Andy Carroll, Florian Lejeune, and Yoshinori Muto. Fans of the club are some of the most passionate in the country, regularly averaging attendances of around 50,000 and surely they deserve more. Furthermore, the progress made by clubs who were once below Newcastle’s level has been staggering. Leicester City has been on an upward trend ever since 2016 and won the FA Cup last season.

Aston Villa sold Jack Grealish for £100 million but immediately reinvested it in the form of Leon Bailey, Emi Buendia and Danny Ings so far. The Villans are just one season removed from almost being relegated and the drive is clearly there to improve every season. Despite making some promising signings last year, the general feeling is that more should be done immediately.

Ashley’s plan of buying young players before selling them for a high fee is fraught with danger. The hopelessness surrounding the future of the club has been constant over the last few years and with the proposed takeover bid being stalled last year, Ashley is even more disinterested in spending it seems.

Newcastle were subject to a takeover bid by the Amanda Staveley-led consortium of owners which included Saudi Arabia’s Public Investment Fund (PIF) last year. However, several sections of fans and observers expressed concern at the country’s terrible human rights record and were concerned with how they will manage the club.

"Never say never but to be clear Mike Ashley is 100 per cent committed to this deal."

Saudi Arabia's public investment fund (PIF) had been set to take an 80 per cent stake in club under the terms of the deal, understood to be worth just over £300m…

The Premier League put the move on hold till “early 2022” when an arbitration trial will commence. That has further demotivated Ashley from spending at the club which should ideally have not been his by now. There have been previous attempts by him to sell the club which have not worked out. The 2021-22 season will really be a test of this team’s mettle and Bruce’s capability. They were the 13th highest scorers in the league which is a far cry from the days of Alan Shearer and company.

🗣 "I am very quietly confident."

Steve Bruce has urged Newcastle fans not to panic over their lack of transfer activity, insisting he expects to add to his squad before the window closes. pic.twitter.com/tC5F3zImab

He knows he can be sacked if results start to go south as Ashley has never been shy to make a managerial shuffle. Newcastle start yet another season devoid of expectations as the fans know that another middling finish is all that can happen at best. The worst can definitely happen though which will be another stark fall for a historic club.