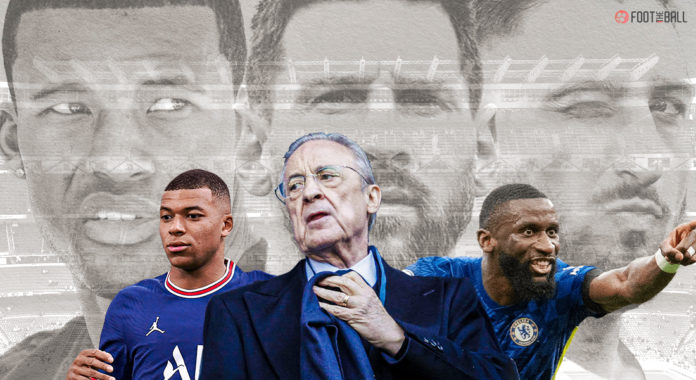 Real Madrid are one of the richest clubs in world football when it comes to transfer news and Kylian Mbappe is all but a done deal. However, their recent signings have been a step in the other direction.

Los Blancos have never been shy of splashing the cash, as evidenced by their continuing their era of Galacticos. Florentino Perez loves a superstar transfer.

That is clearly evident in 2022 too. Mbappe will the headliner, but Antonio Rudiger is already onboard. Both of them are on a free transfer, given the rise of players running down their contracts. This kind of strategy has not boded well for other giants in the past, most notably Juventus and PSG.

Will Real Madrid be able to buck the trend? Only time can tell, but the omens are good if they are willing to learn from their predecessors.

PSG had a very busy summer transfer window last year. The Parisians signed Gianluigi Donnarumma, Achraf Hakimi, Giorginio Wijnaldum, and of course, Lionel Messi. Only Hakimi commanded a transfer fee. The rest were touted to be the excellent signings, who would finally help PSG secure the Champions League title.

It did not work out like that. Despite dominating the Ligue 1, Mauricio Pochettino and co. fell flat against a Karim Benzema masterclass in Europe. Not a great overview of the season.

Who had the better transfer window?

The free-agent signings have not worked out for them yet, with each having their own problems. Donnarumma’s confidence has been shaky ever since returning from Euro 2020.

The continuous battle with Keylor Navas for the starting role, the disappointing outing against Madrid, and the general average play have made it a tough first season. Wijnaldum butted heads with Pochettino did not play much and was often brought on from the bench.

All of it is a far cry from the days of dominating with Liverpool. Finally, there was Messi. The Argentine great missed matches with injuries struggled to score, and despite his 13 assists, had a pretty sedate time.

It has led people to wonder whether he will join Inter Miami in 2023. However, the crux of the matter remains that free agents do not always have the desired impact.

Can Real Madrid do it differently?

Juventus have not been great in this regard, either. The likes of Fernando Llorente, Aaron Ramsey, Kingsley Coman, and others have not exactly taken the league by storm. The Old Lady has had to rely on old heads, only moving to younger cohorts in recent times.

There are certainly lessons to be learned here for Real Madrid. Rudiger is a fine defender, passionate and energetic. He leaves his all on the pitch and has great pace too.

Therefore, the defence will certainly be improved, given there are few reinforcements currently. On the other hand, Mbappe is every club’s dream currently. The superstar striker is a guarantee of goals for years to come.

Mbappe has been tearing it up on the world stage since his days with Monaco. Perez has long admired Mbappe and a front three of Benzema, Vinicius Jr. and Mbappe is scary.

Kylian Mbappe has won Ligue 1 Player of the Year 🏆

He averaged a goal or assist every 70 minutes 😳 pic.twitter.com/G5tRzvKJ3j

However, Mbappe needs to be nurtured carefully over the coming years. He is still young and needs to be backed to the hilt. Benzema still has a few years left in him, so the dynamic between the pair needs managing.

Carlo Ancelotti is a very experienced manager who has witnessed it all. It will certainly be a test of his credentials as two players with differing personalities join in 2022.

Tried and tested before

Everton were one of the biggest hitters in the free-agent market in 2021. Salomon Rondon, Andros Townsend, and Asmir Begovic all came on a free. Madrid are several levels above the Toffees, so should have no problems in dealing with egos.

PSG needed more than just starry names to turn the squad around. Madrid will be much better prepared and willing to go on another dominating season in 2022-23.