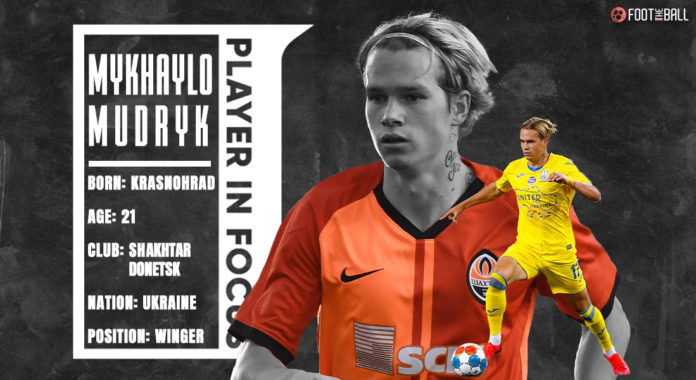 For years, Shakhtar Donetsk have had been one of the best football academies in the world. Moreover, that is implemented by a robust scouting network that supplies hidden gems regularly.

The peak of their youth academy was the 2014-15 season when they reached the final of the UEFA Youth League.

However, times have changed now for teams in Ukraine. Due to the ongoing war, Ukrainian clubs have lost numerous players for pennies due to no football. Other teams have taken advantage. However, the biggest bargain to be had was in Mykhaylo Mudryk. According to reports, Arsenal were interested. Nicolas Pepe has been sent to OGC Nice on loan and Mudryk perfectly fit the profile of young, hungry players that Arteta has based his team around. However, Shakhtar repeatedly rejected bids in the region of nearly 40 mil Euros. Why? Because they think he’ll soon be worth far more than that.

And that’s exactly what happened. Chelsea splashed the cash for the Ukrainian winger and has become the second most expensive signing for the Blues.

So, who is Mykhaylo Mudryk? And how did the “Ukrainian Neymar” announce himself at the big stage? We find out.

How good is Mykhaylo Mudryk?

Shakhtar had known early in his development that Mudryk was filled with potential. And as he swiftly rose through the youth system, he was promoted to the senior team in 2018. And then, he was immediately sent on loan to other clubs to ensure that his development did not stall due to limited minutes at Shakhtar.

The 2021–22 season was the best year of his senior career, where he scored two goals and provided nine assists in 19 matches. His brilliant performances were the reason behind Shakhtar’s rise to the top of the table.

He is already on his way to bettering those numbers this year, especially catching the eye in the Champions League. Two goals and two assists in two games have seen Shakhtar remain undefeated after two games.

Mudryk priority remains Arsenal, this has always been clear — Chelsea will try until the end. pic.twitter.com/pjOgAiOsWr

Though he is still far from a finished product, Mykhaylo Mudryk’s style is similar to Neymar’s at PSG. Dubbed the “Ukrainian Neymar”, he loves to dribble and use his pace and skill to get past defenders. In addition, he also likes to exploit the width of the pitch.

One of his major weaknesses is shooting. And though most of his shots are from positions with low xG, he is also not a great player in the box. Therefore, he is a player who creates a lot of xT (Expected Threat) during his time on the pitch. Next step now is to convert that threat into goals. That step could be coming this season, if his UCL performances are any indication.

With Shakhtar drawn into the group with European champions Real Madrid, it is a big chance for Mudryk to test himself against the best Europe has to offer. Mudryk has already starred in the tournament to announce himself at the European scene. Chelsea took notice of this and decided to snap him from under the nose of Arsenal. Chelsea’s injury list also played a part in the transfer of Mudryk to the Blues.

Mudryk has seen his career turned upside down due to factors beyond his control. As the Ukraine-Russie war tore through the country, Mudryk was left in no-man’s-land.

After brief flirtations with Leverkusen, concrete interest from Arsenal emerged. However, Shakhtar were adamant that the world hadn’t seen the best of Mudryk yet. And how right have they proved to be!