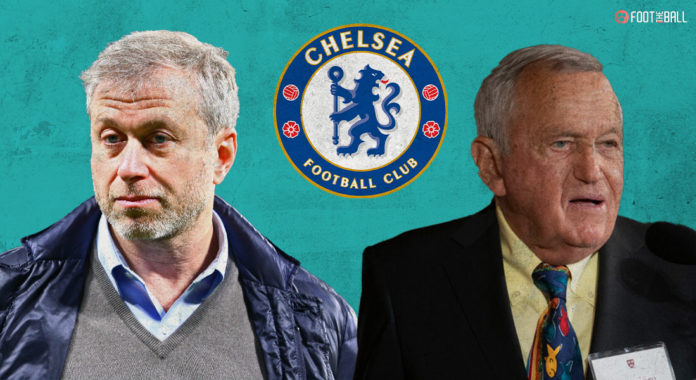 These are troubling times for Chelsea Football Club and owner Roman Abramovich. The Russian billionaire is squarely in the middle of the Ukraine-Russia crisis and is by no means a bystander. Abramovich’s closeness to Putin is under the scanner along with his ownership of The Blues. Meanwhile, some British lawmakers want Abramovich to face sanctions along with seizing his properties. Therefore, it was not out of the blue when Abramovich announced a shock move.

He was Passing the “stewardship and care” of Chelsea to the Trustees of the club’s Charitable Foundation. The story took another turn today itself. Now, Abramovich is going to completely sell Chelsea. Earlier, Swiss billionaire Hansjorg Wyss, an unfamiliar name in football, revealed to a Swiss publication that Abramovich wants to “get rid of Chelsea quickly.”

There is still a very long to way if this were to become a reality, of course, but the wheels are now in motion. So, who are the proposed buyers and even if they cannot, what does the future hold for Chelsea?

The time is here

It has become practically inconceivable to imagine Chelsea without Abramovich. The owner took over the club in 2003 and has overseen an extremely successful period in the 18 years hence. Chelsea have won the UEFA Champions League twice, the Premier League five times, the Europa League twice and the Club World Cup this year.

Abramovich has pumped in billions of dollars to firmly establish the Blues as an European powerhouse with first-class training facilities. The youth academy is also one of the best in the country, given how many top-calibre players they have produced over the years.

The thought of selling Chelsea is something fans would not have even dreamed of until recently. As the owner, Abramovich was a familiar face at the home games of Chelsea but politically, things have not been so rosy. There was a prolonged period of absence from Stamford Bridge after his visa expired in 2020.

“Mr Abramovich should no longer be able to own a football club in this country? We should be looking at seizing some of his assets including his 152 million pound home and make sure that other people that have Tier 1 visas like this are not engaged in malign activity in the UK.” pic.twitter.com/yFnWQ8eOG8

Abramovich was eventually barred from living in England recently and the war in Ukraine has brought renewed focus on his dealings.

Abramovich has confirmed that all proceeds from the sale will go to a foundation helping victims of the war.

Can Chelsea be sold?

One of the most important questions surrounding this whole episode. It is not only about who buys Chelsea, for billionaires are aplenty. The key thing will be negotiating the sale of the Blues and the financial implications that come with it. Abramovich has already said that he will not be asking for his £2bn loan back from the club.

So Roman Abramovich has finally become a “person of interest” to the law over corruption. Not before time. Maybe they might like to ask about the constant spin cycle of loans at Chelsea’s parent co, Fordstam. In the last six years £966.2m of loans have gone in, £549.1m out. Why? pic.twitter.com/awIIzzc7kZ

There will also be a rigorous test of the new owners by the Premier League, with Newcastle knowing firsthand how difficult that can be. In the current economic condition, Abramovich’s £3bn of Chelsea is almost impossible to fulfill by any one individual.

A consortium of investors will likely be needed in order to facilitate the sale. Therefore, Wyss’ comments of needing “six to seven investors” in order to complete the purchase will be true for other potential buyers as well.

🚨 Hansjorg Wyss, one of the richest men in Switzerland, has said he has received an offer to buy Chelsea. He wants 4 or 5 days of reflection to consider his options. 🇨🇭

Meanwhile, the trustees of the charitable foundation are having problems of their own. England’s Charity Commission has asked them for further details of the proposed new arrangement. These include who the trustees can answer to, what kind of power will they have and what decisions can be taken by them.

The decision to handover stewardship came as a surprise to them as well. This is becoming another intriguing undercurrent surrounding the club currently.

Who can potentially buy the club?

Wyss’ intention of buying with other investors has taken a boost as one more billionaire has joined. Todd Boehly, the part-owner of Major League Baseball team Los Angeles Dodgers and Wyss have had business relations in the past. Apart from this pair, there is also interest from several quarters.

Turkish businessman Mushin Bayrak confirmed that he is looking at the possibility of flying the “Turkish flag in London.” UFC superstar created a buzz on Twitter the night the news of the sale went public. His tweet stating that he wanted to “explore” the situation has certainly added an interesting colour to this saga. The latest entrant has been a consortium headed by Saudi Media, a conglomerate with interests in media, advertising and sports.

I wish to explore this. @ChelseaFC pic.twitter.com/ABEjjCqhD7

Though they mostly operate in the Middle East, the purchase of a Premier League club will not be too wild as Newcastle has proved. Furthermore, it is thought that the owner of Saudi Media is a big fan of the club as well.

What happens to the footballing side?

Thomas Tuchel was visibly frustrated with reporters asking him about Ukraine and Abramovich. In addition to Russia’s invasion, Abramovich’s ties to the clubs will certainly be a hot topic for the media. The action on the pitch has been normal as of now with their most recent outing being the Carabao Cup final loss against Liverpool. Abramovich was keen to save Chelsea from reputational damage but his decision has brought even greater attention.

Chelsea will try and go about their season as normally as possible on the pitch. Meanwhile, things behind the scenes will certainly get very interesting over the coming days. Wyss confirmed that there are also three others whom Abramovich have approached.

Whether a sale goes through soon or there are even more twists in this story, the end result will have ramifications on the club and everything attached to it.