REFEREES GET THE GREEN CARD 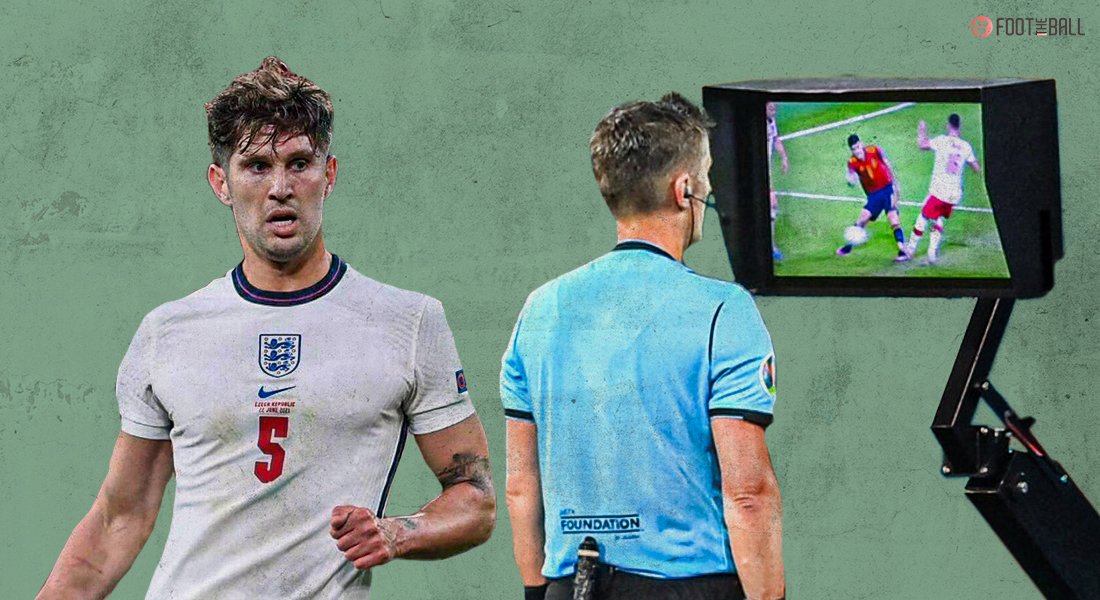 Football is a game that is supposed to flow like a river without many stoppages. Of course, there are a few stops here and there due to fouls and injuries. The referees try to keep the game on course as much as possible to let the players play their best football and produce the ultimate experience for spectators. The introduction of VAR has changed the scenario in world football. There have been long delays in domestic and continental club leagues. But luckily due to brilliant refereeing, this hasn’t been the case at the Euros due to top-notch refereeing.

⚽ “We are extremely pleased with the standard of refereeing that we have seen at the EURO so far.”

UEFA's chief refereeing officer Roberto Rosetti has given an update ahead of the #EURO2020 knockout stages.

There have been fewer fouls at the Euros as the referees’ aren’t giving anything away cheaply. The referees are also avoiding any long pauses in the game. They are only looking into it if it’s extremely necessary. It is safe to say that the referring standards and the use of VAR was optimal in the summer festival of football. There are very few notable mistakes and talking points arising due to the stoppages in play. The penalty England were awarded in the semis against Denmark could be said as the most controversial decision so far.

Even the so-called most controversial call was a divisive one. It was 50-50 and purely subjective. England were given the benefit of the doubt. That aside, the speed of the game has surprised many players and one, in particular, took time to appreciate it. Manchester City’s John Stones reflected on how it felt like while playing in Euros.

The Premier League is notoriously known for dissecting each and every incident hence interrupting the play constantly. The Euros are quite opposite and England defender John Stones had a very welcoming feel playing here due to the fact. The English man is preparing himself for the biggest match of his life as his England side takes on Italy in the finals.

Stones said “They wanted everything to go quite swiftly and move and keep the game flowing. I’d like to see that maybe definitely coming to the Premier League next season if they can kind of, not speed the game, but keep it flowing a little bit more. That would be a good thing that’s probably come out of this tournament.”

“The time that is taken for the decisions has been really quick,” Stones said. “It seems that sometimes from our point of view, we want it to be kind of checked a little bit more.”

Stones felt that the referee was right in awarding the penalty to England in the semis. It was a record 16th penalty at the Euro finals.

The long pauses in games have become a regular feature nowadays. Almost all the top leagues employ VAR. Though the rulebook remains the same, its implementation changes from country to country. Not to call out any league, in particular, the Premier League has seen the most stoppages of this kind.

If only we can have the Refereeing levels shown during #Euro2020, at the @premierleague next season. Or is it only wishful thinking? #VAR was executed to perfection and reinforced my views that its not the problem. @RefereeHalsey @HACKETTREF pic.twitter.com/zNseSxcgQ2

The league takes long breaks in checking every goal. Sometimes a contentious offside call requires drawing of meticulous lines, zoomed-in every possible angle. This eats up more and more time in the search for conclusive evidence. If a clear and obvious error isn’t found then the onfield referee can go ahead with his original decision.

There has been a lot of controversy and time in the VAR checks in the Premier League along with some mind-blowing explanations. In the Merseyside derby at Goodison Park in October 2020, after repeated checks, Sadio Mane’s shirt sleeve was found offside as Jordan Henderson’s goal was chalked off for Liverpool. Many such examples can be found in the league.

These stop-starts affect the tempo of the play. It also increases the amount of injury time added after the regulation period. Tiring legs may change the result of the game completely in that period.

WHAT’S DIFFERENT AT THE EUROS?

The main thing of difference between those leagues and even the recently concluded Copa America is the quickness of the game. Copa America had many stop-start moments as there were a number of fouls in each game. It effectively decreased the quality of the matches at times.

🎥 How will VAR be used at the tournament?

⚽ Which new laws are coming into the game?

At the Euros, the referees are stricter and won’t give away cheap fouls. Their speed in conducting VAR checks is also impressive. UEFA chief refereeing officer Robert Rosetti during the tournament said, “We want the minimum interference for the maximum benefit and we want to intervene (only) for clear and obvious mistakes.”

“We need to find the correct balance in the line of intervention because our target is to keep football like it is. It’s not acceptable to study all the minor pushing or pulling, or minor contacts and marginal contacts independently. The laws of the game are clear,” He added.

Coming from the top-brass, this approach was followed perfectly by all the referees. Expect nothing different in today’s final between England and Italy as the richest referee in world football Bjorn Kuipers takes charge.