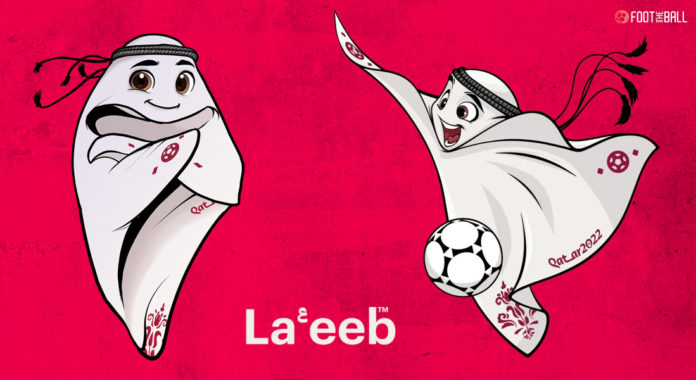 The final draw of the FIFA World Cup Qatar 2022 highlights had everything. Dance numbers, music, an inspiring monologue, exciting matchups, and one unique mascot video. It is that last part that has got social media buzzing. Mascots are an inherent part of any World Cup and play an important role in helping make the event even more appealing.

The #FinalDraw is live! The Official Mascot of the 2022 World Cup is released, presenting – La'eeb

Follow this thread for all the latest updates from the draw!#FIFAWorldCup pic.twitter.com/qoAoBxXxvI

So, it was a bit of a surprise when the mascot was finally revealed. For starters, it is not an animal or a comic personification as almost all of the previous editions have had. The mascot for Qatar 2022 is ‘La’eeb,’ which means “super-skilled player” in Arabic. Moreover, Laeeb is not even from Earth. Yes, this year FIFA is doing things a lot differently.

La’eeb or Laeeb comes from a parallel ‘mascot-verse,’ which cannot be described. FIFA has quite clearly got on board the Metaverse train to look hip and cool. The realm of parallel universes and a mascot coming from it are concepts that can take some time to digest. Moreover, FIFA encouraged everyone around the world to interpret the ‘mascot-verse’ however they want.

La’eeb is an Arabic word meaning super-skilled player. The official Mascot of the FIFA World Cup Qatar 2022™️ is full of energy and will bring the joy of football to everyone. La’eeb believes that ‘Now is All’, and encourages everyone to believe in themselves. pic.twitter.com/KEfxo3G5Qo

Thank God, they understood that this will not be a cakewalk so the accompanying video guides us. Laeeb takes RedOne, the Creative Entertainment Executive, to the ‘mascot-verse.’ It is here that the pair of them and the audience meet all the other mascots from the previous World Cups. Willie (1966), Juanito (1970), Ciao (1990), Zakumi (2010), and Fuleco (2014) amongst many others.

Laeeb and RedOne visit the Mascot Accreditation Growth and Integration Center (M.A.G.I.C) where the mascots are auditioned and selected. Indeed, Laeeb talks about how mascots are born in the ‘mascot-verse’ and after their job is done, come to retire at the same place. The harmony between humans and mascots has always existed with Laeeb making sure that it continues.

A lot of things make La’eeb one of its kind. The fact that he is from the ‘mascot-verse,’ that he has existed since the dawn of time and has also contributed to goals. Yes, that is correct. Laeeb talks about how he tried to appear early and got involved in Diego Maradona’s ‘Hand of God’ goal. That was not all. Laeeb was also the catalyst behind Robin Van Persie’s flying header against Spain in 2014.

The last involvement got Laeeb grounded. So it is easy to see why he is so different from the mascots of old. Khalid Ali Al Mawlawi, an executive behind the conception of Laeeb said,

“We are sure fans everywhere will love this fun and playful character. La’eeb will play a vital role as we engage fans young and old in Qatar’s FIFA World Cup experience.”

Indeed, the infectious energy and cuteness of Laeeb is undeniable. He whizzes around and is full of love for the game. The decision to make the mascot in such a manner is certainly in keeping with the modern times where the digital age has taken over.

Laeeb says the contributions of mascots transcend sports, giving the examples of the apple falling on Isaac Newton and Laika, the first dog in space. Mascots and humans inspire each other and have supported each other since ages.

How the world reacted

There have been mixed reactions to Laeeb on social media. While mascots are drawn from the host country’s traditions and culture, Laeeb has stoke varied opinions. Many European and American fans have likened it to “Casper,” the friendly ghost in the animated movies. Others have called it a magic carpet.

However, the overarching view seems to be that Laeeb is cute, with its voice, behavior, and approach, to the game. “La’eeb encourages everyone to believe in themselves as ‘Now is All’. He will bring the joy of football to everyone,” wrote FIFA on its website. Gianni Infantino said that Qatar 2022 will be the “best World Cup” and Laeeb could become very important in that.