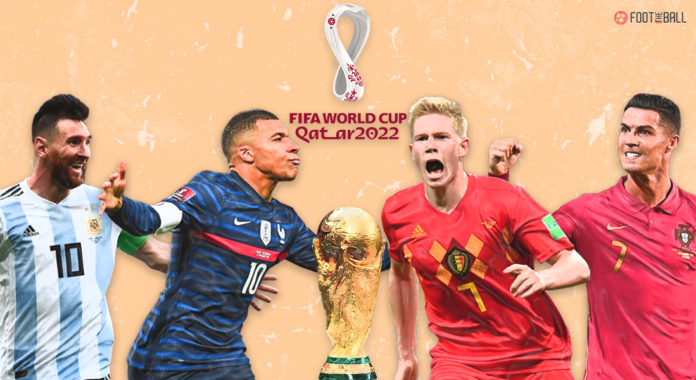 The FIFA World Cup in Qatar 2022 is still more than eight months away. However, the excitement for football’s showpiece event is at its peak. The draw for the World Cup is scheduled to take place on April 1.

All the 29 qualified nations so far will find out their respective group-stage opponents. FootTheBall keeps you up to date with all the things you need to know regarding where, when, and how the draw will unfold.

Where is the draw being held?

The Doha Exhibition and Convention Center (DECC), Qatar will host the draw for the FIFA World Cup 2022.

When is the draw?

How many nations will take part?

The draw will have all 32 nations, 29 of whom are known. Two countries will join in June after the conclusion of the Intercontinental Playoffs. The remaining nation will come from Europe with Wales slated to face either Scotland or Ukraine in their playoff final.

Cristiano Ronaldo and Lionel Messi will both be leading their respective nations in what could be the final World Cup outing for the pair.

Which countries have already qualified?

As mentioned above, 29 nations have already qualified. 13 are from UEFA, four from CONMEBOL, three from CONCACAF, five from CAF and four from AFC. Here’s the full list of the qualified teams so far:

How will the draw take place?

The million-dollar question. All 32 teams will be divided into four Pots numbered 1-4 based on the latest FIFA/Coca-Cola Rankings released on March 31. Qatar as the hosts will take position A1 in Pot 1.

The remaining seven teams in that pot will be the top-ranking seven nations in FIFA. The next eight countries (8-15) will go in Pot 2. Pot 3 will have 16-23rd best-ranked qualifiers while Pot 4 will have 24-28 and three placeholders for the remaining teams left.

One by one, teams will be drawn from each of the Pots and placed in their respective groups. After each nation is drawn, a ball numbered 1-4 will be drawn to determine that country’s position in the fixture grid. Europe will have at least one member in two groups and two members in five groups.

Introducing Al Rihla, the #OfficialMatchBall of the 2022 #WorldCup

Therefore, it means Qatar will avoid all the heavyweight nations while Canada, who topped CONCACAF qualifying, will be in Pot 4. Italy, currently ranked sixth, will miss out on a second consecutive World Cup.

The team of 2014 seems a long way past now. Germany is in Pot 2 and should have a blockbuster clash against a Pot 1 team. Croatia, finalists four years back, are also in Pot 2.

The draw will be live-streamed on FIFA.com for international viewers. They can also keep track on FIFA’s social media accounts on Facebook, Twitter, and Instagram. Moreover, there are also region-wise broadcasters who will showcase the mega event.

Rest of the world: FIFA.com

The match schedule will be released after games are distributed across the various stadiums and kick-off times decided. The World Cup begins on November 21 and runs till December 18. The group-stages will go on for 12 days with four matches per day.