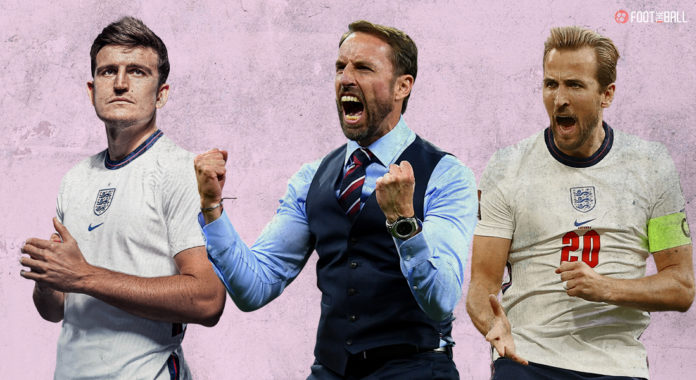 “It’s coming home!”. Never before had an England side felt more closely connected with the general fan. During Euro 2020, this simple chant became a rallying cry for a resurgent England as fans gave their heart and soul to the national side.

A football-crazy nation in England used to be apathetic towards the national side. Be it due to perceived indifference in players, underperformance in significant tournaments, or ferocious rivalries at the club level, the Three Lions could never elicit genuine emotions from football fans in England.

Gareth Southgate looks back on his time so far as #ThreeLions boss and highlights the importance of our supporters:

That all changed with Gareth Southgate. He wasn’t just a manager or a master tactician, he was the spokesman for everything good in England. He united the team with its fans like never before. The results were there to see. An England side that normally faltered in major tournaments went to the semis in World Cup 2018 and lost in the final of Euro 2020. Naturally, there was optimism for World Cup 2022. It was pegged as the tournament where Southgate finally frees England from its mental demons and goes one better than Euros.

Markets had England as one of the favourites. With this bet365 bonus, bets were flooding in, and people looking to make bank on the World Cup trophy finally “Coming home”. What better way to have the euphoria of becoming world champions, and making a quick buck along the way?

Then Nations League happened. And from looking forward to being one of the favourites for the World Cup, England are facing a stark reality- Stick with Southgate, or cause an upheaval so close to the FIFA World Cup?

The World Cup qualifiers had gone smoothly. There was optimism around Nations League. Southgate would get the chance to form a final selection for the World Cup. England went into the game against Hungary as favourites. Then they turned in a toothless performance to lose 1-0. Drawn in a tough group with Germany and Italy as the other sides, things already looked bleak. Encouraging but dull draws followed against the two giants.

The manager provides his reaction to last night's defeat to Hungary:

Murmurs of discontent regarding England’s attacking profligacy surfaced. However, England just needed to win against Hungary at home to avoid the ignominy of relegation. What followed was one of England’s most embarrassing performances in a long time. England lost 0-4 at home to Hungary in a performance that warranted an even worse result. The mood had turned. Fans booed Southgate and criticized his tactical plan or the lack of it.

Winless in four games with just one goal scored, England are at the crossroads at the worst possible time.

Bubbling to the surface

Even when Southgate was succeeding in major tournaments, there had been an undercurrent of doubt regarding his ability to unlock the full potential of the team. His man-management skills were elite. However, it was believed that with the number of riches that he had at his disposal, Southgate wasn’t able to realize the full potential of his team. The teams England had faced in their run to the latter stages of the major tournaments left a lot to be desired. Moreover, in both World Cup and Euros, England got eliminated the first time they faced a side of comparable quality. What was termed as grit and determination to suffer for wins is now being looked at as an unconvincing team that kept winning despite being hamstrung by its manager’s negative tactics.

A major reason for England’s success is the bond that Southgate cultivated with the fans. That looked shattered after the Hungary game. With the World Cup on the horizon, questions are being asked. Are England wasting another golden generation and a chance at glory in the winter World Cup with Gareth Southgate at the helm?

On the other hand, there are mitigating factors for this failure. Players have come off a gruelling domestic season and looked tired in all the games. Moreover, it can be said that Southgate really didn’t play his first-choice team in most games. Looking at the results from that lens, there is a case to be made that Southgate should be given time. Furthermore, a lack of alternatives and the upheaval a new man in the dugout will cause just isn’t worth it.

Southgate’s England have shown a propensity to raise their game the higher the stakes are. Nearly five years of good work can’t be undone by 2 bad results in mitigating circumstances. For now, the Three Lions are in stormy waters, but Southgate has shown earlier that he is capable of navigating past them.