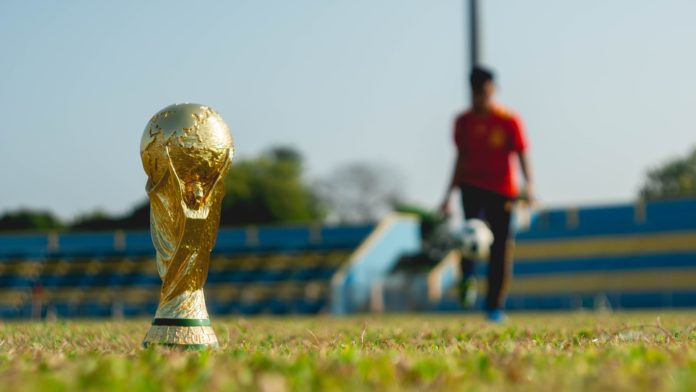 It’s been quite some time since Welshmen have been able to cheer on their own team at a World Cup (you have to go back to 1958 for the last occasion, since which the world has changed rather a lot). Now that they’ve squeaked into the tournament in a narrow and dramatic fashion, could Wales top their group and get into the knockout stages?

The Other Group Sides

It can’t be avoided. Wales’ biggest foes on the pitch will be, both emotionally and in terms of being the sternest test, England. Unfortunately for the Welsh, these days England rank among the favourites to win the whole tournament thanks to impressive performances at the last two major international tournaments (finishing top four in both). One thing can be certain, beating England will be very, very hard, but if it happens expect a small earthquake of cheers to rock Wales. Away from the desperate hope, winning the group requires, almost certainly, beating England. It’s not impossible, but the side has become consistent and impressive over recent years and this will be the biggest hurdle Wales faces.

The other two teams are much more beatable and offer significant hope for Wales to escape the group, whether they top it or finish as runner-up. The USA are ranked 15th, only three places above Wales, while Iran are ranked 21st, three places below. On those figures (if you believe the rankings accurately reflect talent) the three sides should be very closely matched. It’s also the case that Wales has already faced some stern competition just to reach the World Cup which may well stand them in good stead.

Odds vary depending on which sportsbook/betting exchange you look at, but England are clear favourites to win the group at around 1.3 or so. However, second on the list varies between Wales and the United States with around 6 to 8 for the USA, and 5.5 to 7 for Wales, indicating the markets are finding it hard to decide who is likelier to finish ahead. When it comes to escaping the group, the USA and Wales are both around evens.

Football betting is the biggest sports wagering market in Europe thanks to the predominance of the beautiful game across the continent. It does have a couple of drawbacks though, including the inevitable off-season and the potential for fans letting their heart rule their head. When football’s not on, a great alternative for a wagering kick is to visit the top European online casinos. It’s easy to find the best in Europe via our handy link, which lists sites with a proven reputation and excellent welcome bonuses for newcomers. In addition, there is a fantastic assortment of new slots and classic table games to enjoy, and a convenient and broad selection of banking methods to suit your preference.

The Weight of History

The last (and only previous) time that Wales qualified for the World Cup was in 1958. In the 64 years since then, the world has undergone the Cold War, another financial crisis, another pandemic, the invention of the mobile phone, and the internet revolution (although the Queen remains, and would surely enjoy congratulating another of her realms on winning the World Cup). In terms of playing talent, Wales have a great chance of breaking out of the group stage, but how will the players cope with the intense pressure?

Before we consider the weight of history it’s also worth bearing in mind the environment. Qatar in winter is hotter than many a Welsh summer, and while attempts will be made to cool the stadia it remains to be seen just how effective these will be. The good news for Wales is that if conditions are tough they’ll be tough for England too, and may actually increase the chances of beating the highest-ranked side in the group. On the flip side, Iran’s players might be more adept at handling sweltering conditions.

🗣 | "We wanted to expose our younger players to quality opposition and I've been really pleased with our performances. There's a tremendous amount of positives to come out of this camp."

Sixty-four years is a very long wait for a second World Cup appearance, and the great potential for beating at least two other sides in the group may increase the pressure by adding expectation to anticipation. However, Wales have recently had some good runs in European Championships which may stand them in good stead (notably reaching the semi-finals in 2016, and reaching the last 16 four years later).

As a historical coincidence, Wales have been guided to the World Cup on both occasions by men from the Rhondda Valley (caretaker Rob Page now, and Jimmy Murphy in 1958).

Wales are odds-against to win the group, although it is far from impossible, but stand a very good shot (at least 50/50) of making it out of group B. Their recent form on the international stage of Europe has proven the side has the mental strength to go further, but who will Wales face if they top the group, or finish as runner up?

The winner of group A will play the runner-up of group B, and the runner-up of group A will face the winner of group B. The teams in group A, whom Wales may face if they reach the knockout stages are Qatar (the hosts), Ecuador, Senegal, and the Netherlands. The Netherlands would prove tricky opposition but Qatar and Ecuador would be eminently beatable. Senegal, likely to finish runner-up behind the Dutch, would be a roughly even match to Wales.

However, the Netherlands would be probably easier to beat than England, so even if Wales finishes runner up they still stand a decent shot of progressing, and if they actually win the group and play Senegal or Ecuador then they really should make it to the quarter-finals at least.

Even though Wales are odds-against to win their group but have a great shot of reaching the knockout stages and even progressing to the quarter-finals.