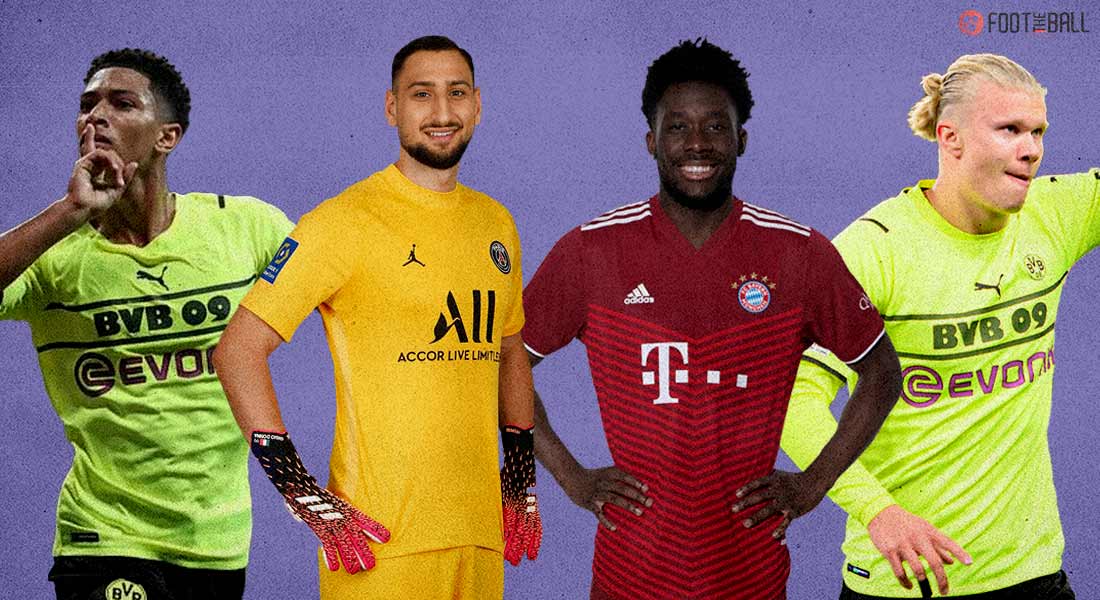 The CIES Football Observatory has come out with the list of most valuable U23 players playing across Europe’s top-five leagues. There are 10 players in six positions each: goalkeepers, centre-backs, full-backs, defensive midfielders, attacking midfielders, forwards.

Some of the metrics used by CIES include age, experience, and years on contract. The Premier League has the most players with 17, followed by the Bundesliga with 14. Bayer Leverkusen have six representatives, with Barcelona (five) and Chelsea (four) each.

No surprise that Donnarumma leads the list as it has been a record-breaking year for the Italian. Euro 2020 winner and Player of the Tournament (the first goalkeeper ever). He followed that up by winning the Lev Yashin Trophy at the Ballon d’Or ceremony two weeks back.

Donnarumma has already racked up more than 200 top-flight appearances for Milan and now PSG which is a remarkable feat for a 22-year-old.

Meslier takes the second spot, being one of the shining lights for Leeds United ever since joining. He recently became the youngest ever goalkeeper to reach 50 Premier League appearances, and is due a big money move soon.

Lafont has been a constant for Nantes and currently serves as their captain too.

How Eric Garcia snagged the first position has a lot to do with his current contract and age. The 20-year-old signed a five-year deal this summer with Barcelona and has a release clause of €400m. Garcia’s play on the pitch has not been up to the top-level at all, having already been sent off twice and was left on the bench for the last two games.

Eric Garcia has now been sent off twice for Barcelona and he’s only played six games.

Looking at the names on the list, there will be some debate as to how Ronald Araujo is not higher. He has been the starring defender for the Blaugrana and has shown tremendous in every match he has played in so far.

Gvardiol has nailed down a regular spot for RB Leipzig while De Ligt’s having some contract issues that need to be sorted. Chalobah has been a revelation with Chelsea, and if he keeps putting in the strong performances he has, no doubt he can become a starter on a regular basis.

Davies is no doubt the top player in this category, having established himself as one of the first names on the team sheet. He has already won the Bundesliga, DFB-Pokal and the Champions League, along with being a leading light for Canada’s push for qualifying for next year’s World Cup.

Dest and James follow, with both richly meriting their places. They are now most often used in the attacking department more. Mendes is yet to settle down with PSG, the same with Thomas at Leicester.

Davide Calabria’s injury has opened up more game time for Kalulu which he is enjoying well.

Another no-brainer for the list, with Bellingham just scaling new heights with every week. Three goals and eight assists in all competitions do not tell the whole story as his connection with his teammates has been a key factor to his rise. Being the youngest on the list and already a full international, no doubt his value will double by next year.

He has everything. 🟡⚫️ pic.twitter.com/o9C9uYWIMh

Rice has been heralded by some as one of the breakout players in the Premier League, and he does seem to mature even further.

Gallagher has had a fine start to his Crystal Palace loan spell but Camavinga is being slowly eased into the first team at Real Madrid.

It was always going to be a close contest between the top two, both of whom richly deserve their places. Wirtz has been in scorching form netting eight goals and providing 11 assists across all competitions already.

Florian Wirtz registered another 2 assists today. His Bundesliga record this season now is:

Having an unbelievable campaign. 🇩🇪 pic.twitter.com/TZwY59THGX

Meanwhile, everyone in world football is aware of Pedri’s exploits, becoming one of the most assured passers in the modern game.

The players in this category all are having superb campaigns. Musiala has been excelling across a variety of positions for Bayern Munich. Saka is leading the charge for Arsenal’s young brigade along with Smith Rowe.

Despite the explosive nature of Vincius Junior’s start to the season, Haaland has to merit the top place. 72 goals in 71 games since joining Dortmund is nothing short of incredulous, and his variety of skill sets make him a nightmare to deal with.

Though he might be leaving next season for a lot less, Haaland will be enhancing his value wherever he goes.

Sancho has shown glimpses of his potential with Manchester United, and his contract also helps to see his value increase. Diaby has been linking up terrifically with Wirtz in blitzing Bundelsiga defences.

Mbappe is of course out of contract next year so he cannot warrant a higher position.