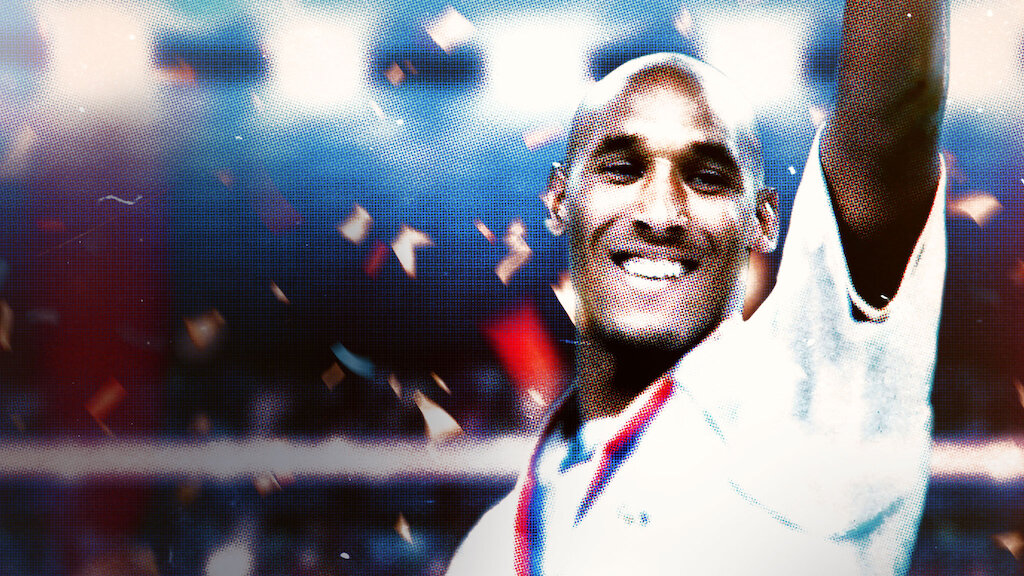 Jonathan Ervine, Senior Lecturer in French and Francophone Studies, Bangor University is the author of this article which was originally published in The Conversation, an independent source of news and views from the academic and research community.

In recent years, Netflix has produced several major sports documentaries. Icarus is an example of a film that seeks to uncover the troubling – and often hidden – realities of doping in sport. Others, such as the recent series about Michael Jordan, The Last Dance, are essentially works that enable a star to promote themselves. Netflix has promoted its new documentary Anelka: Misunderstood as providing a detailed and balanced portrait of the now retired French footballer Nicolas Anelka. Many reviewers agree. I’m not so sure. To me, it feels instead like a film where the presence of the protagonist has been predicated on providing largely flattering coverage without asking searching questions. As a player, the now retired Anelka was frequently involved in controversy. Indeed, one of the final acts of his top-level career was to celebrate a goal using a gesture associated with a French comedian who has frequently been accused of antisemitism. A reputation for being moody, arrogant and somewhat self-absorbed has dogged Anelka ever since his spell with Arsenal in his late teens. Most of the interviewees in the new documentary seek to correct what they see as unfair criticism of Anelka. Few discuss his failings.

A tale of redemption?

Anelka is portrayed as humble and reflective. At the film’s conclusion, he laments: “As I’ve said, it’s not the best path and I don’t recommend it to anyone, but it’s my path.” What the film omits is sometimes as significant as what it includes. Anelka’s beginnings at the French Football Federation’s national training centre at Clairefontaine and his time as a youth player at Paris Saint-Germain are covered at length, as is his time at Arsenal. He discusses his transfer to Real Madrid, and unhappy time in the Spanish capital. This was a time when he struggled to get along with is team mates and cope with the intense focus of the Spanish media. Although Anelka discusses some of his sporting failures, viewers gain no insight into his high-profile return to Paris Saint-Germain in summer 2000 other than via a brief caption. This obscures the fact that Anelka’s troubled spell in Madrid was followed by another failure to consistently fulfil the potential he displayed at Arsenal. Instead, we see image of a post-Madrid Anelka rediscovering his form in a much more detailed segment about his six-month loan spell at Liverpool in 2001-2002. There are several moments where Anelka discusses failures or disappointments. These include Chelsea’s 2008 Champions League final loss to Manchester United after his penalty was saved in a shoot-out. His international career with France also appears a source of frustration.

Anelka’s disappointment about not being included in France’s 1998 World Cup squad is unsurprising. But it’s notable that his part in their victorious European Championship squad of 2000 means little to him. He states that “if I could remove this title from my list of honours, I would”. As he didn’t play a decisive role in France’s key matches in the tournament, it seems he is unable to share in the collective sense of achievement.

The film treats the two most controversial moments of Anelka’s career very differently. There is detailed discussion of his expulsion from France’s 2010 World Cup squad in South Africa after he allegedly insulted coach Raymond Domenech. News clips show how politicians sought to exploit the incident in order to engage in wide-ranging criticism of French footballers. But the focus on his controversial “quenelle” goal celebration while playing for West Bromwich Albion in 2013 is relatively brief and more partial. The gesture is associated with French comedian Dieudonné, who was convicted of inciting hatred following comments he has made about Jews. At the time, Anelka dedicated his quenelle to Dieudonné, who he described as “a friend who has become a brother”. But in the documentary, Anelka doesn’t mention the comedian. Instead, he says his gesture was an “up yours” to the recently sacked West Brom manager Steve Clarke who had substituted or left out Anelka on several occasions. Perhaps he has belatedly realised that any association with Dieudonné isn’t going to help his image.

The documentary contextualises the quenelle and its association with Dieudonné via brief news clips. But the two interviews in this part of the film are quite one-sided. We see Roger Cukierman – representative of an umbrella group for French Jewish groups – play down the potentially antisemitic nature of Anelka’s gesture. It is not mentioned that Cukierman rapidly backtracked and criticised Anelka’s behaviour. In the film, Times journalist Henry Winter appears to suggest that Anelka’s punishment from the Football Association (FA) – a five game ban and £80,000 fine – stemmed from the FA’s need to be seen as tackling racism at a time when several incidents had occurred in Premier League matches. Winter and Cukierman’s comments certainly serve Anelka’s narrative that his punishment was harsh or unfair.

The quenelle incident brought an inauspicious end to Anelka’s top-level playing career: he was sacked by West Brom for gross misconduct. After this incident, he went on to play 13 times for India side Mumbai City FC before taking on several advisory or coaching roles with a variety of clubs. The documentary certainly alludes to the controversy caused by Anelka’s quenelle. But the fact that this incident, which effectively ended his playing career, is mentioned near the middle of the film allows it to conclude on a more upbeat note. The film suggests that Anelka has become more reflective and grown as a person despite the controversy that has dogged him. Ultimately, Anelka: Misunderstood will leave many football fans thinking about what might have been when it comes to Anelka’s career. But one may also wonder what Netflix’s documentary might have been if it had provided a more probing look at its protagonist.