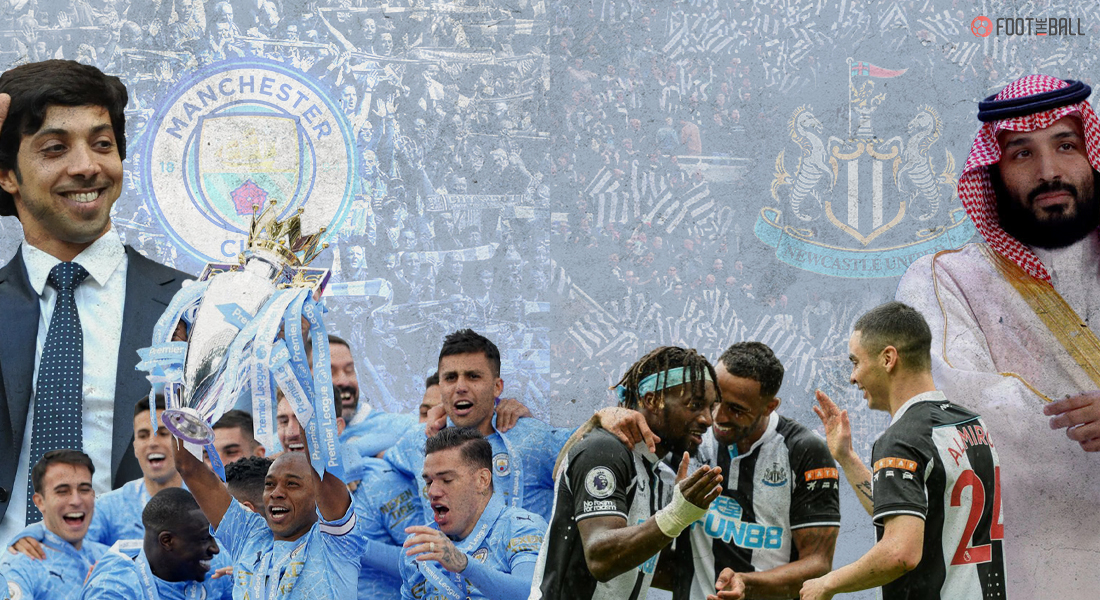 The football world was in a frenzy when it was finally announced that Saudi Arabia’s Public Investment Fund (PIF), Britain’s PCP Capital Partners and Britain’s RB Sports and Media would take over the ownership of English Premier League club Newcastle United from Mike Ashley.

The deal which went through after a couple of unsuccessful attempts earlier sent the Newcastle fans into jubilation as they had grown disillusioned with Ashley’s leadership.

With this change in ownership, the club has now the backing of by far the richest owner in the league.

But there are also concerns about whether the club would be able to buy their way into the top echelons of English football and possibly European too.

Sure Manchester City and Chelsea have followed the same blueprint but it was at a time when there were no regulations such as FFP and thus clubs had more freedom to spend their money.

However, we know that won’t deter Newcastle and they will find one way or other to drastically improve their team.

So let’s do a comparison between Newcastle United and Manchester City, the last team to make its way to the top after they were brought by the Abu Dhabi United Group (ADUG).

How Newcastle’s takeover is different from Man City?

When City’s ownership changed in 2008, the club had finished ninth the previous season and then chairman Thaksin Shinawatra had promised that he would spend money to improve the side.

And he did so by bringing Vincent Kompany and Pablo Zabaleta two players who would be an integral part of a City team that would win multiple titles.

In addition, Shaun Wright Phillips and the deadline day signing of Robinho for a then-record British transfer fee ensured that the new owners last had a team with four to five good players that could survive in the new regime.

In contrast, the current Newcastle United team does not boast of a player that can play for a team vying for a top-four position in EPL let alone for a side that aspires to be a champion.

Another advantage that City had over Newcastle was that the takeover and the subsequent purchase of players came before the implementation of the UEFA Financial Fair Play Regulations (FFP) rules.

The FFP was implemented from the 2011-12 season and by then City had brought David Silva, Yaya Toure, Mario Ballotelli, Sergio Aguero, Aleksandar Kolarov, James Milner, Samir Nasri among others.

In fact, they won their first league title that season which ended a 44-year wait for a top-flight title.

Newcastle don’t have such luxury and will be under the watchful eyes of the FA and the UEFA making their job much harder.

The club will also have to pay through its nose for acquiring new talent as all clubs and even free agents know that the club is laden with cash and will try to charge them exorbitant fees.

An aspect of City’s takeover was their new corporate restructuring which has received very little attention as all eyes were on the new signings.

Soon after the takeover, the club appointed Khaldoon Al Mubarak was elected to the City board and was appointed as the club’s CEO.

He was joined by  Martin Edelman, a counsel who then had more than a two-decade experience and since 2000 has been working for Paul Hastings LLP, a New York City law firm and is currently serving as the Vice President of New York City FC.

Other members to join Simon Pearce who is currently the chairman of Melbourne City FC.

Soriano would later lay the foundations of City Football Group, a holding company that has the complete or partial ownership of multiple football clubs.

Soriano’s vision was to form a global entity that will help in spreading the City brand to every nook and corner of the world.

With this City wants to dominate the footballing clubs in multiple leagues around the world.

In addition, it would also give City a deep insight into potential youth players that could become the stars of tomorrow

It is this vision that has made City successful and has proven that a bag full of cash is only useful if you back it up with sound business strategies.

What Man City did right?

As mentioned above City had added some good players even before the Abu Dhabi takeover.

However, the club had a horrendous first half of the season, and by Christmas, they were on 18 points after as many matches and were in the bottom three.

A year before at the same period, they were on 34 points and were in the top-four.

However, they had a much better season after that as they took 32 points in their last 22 matches to finish tenth still a position worse than the previous season.

This change in form was not a sudden surge of inspiration in the City ranks but was made possible by the signing of Wayne Bridge, Craig Bellamy, Nigel de Jong and Shay Given who increased the quality of the team.

So City’s flourish at the end of the season was made possible with probably eight new signings that season.

Furthermore, this came at a time when there were four dominant clubs in the EPL, a number which has now increased and shows the kind of challenge that Newcastle face.

Another aspect of City that is often overlooked is the amount of money the new owners put into the development of the infrastructure of the club.

Within six years of the Abu Dhabi takeover, the club developed a USD 200 million academy to boost the youth development programs.

The new facility was designed on the most advanced benchmark and was so popular that the sons of United players Robin van Persie and Phil Neville were both training with the City academy.

The investment has borne fruit with the academy producing world-class talent such as Jadon Sancho, Phil Foden to name a few.

All these decisions have resulted in City’s evaluation increase by over 2000 times to nearly USD 4 billion since the Abu Dhabi takeover according to Forbes.

What should Newcastle do to make their takeover successful?

Newcastle are surely very late to the party but that doesn’t mean that they have missed the bus.

The first thing they need to do is to restructure the club from top to bottom and change the club’s way of functioning which in the previous regime has been lethargic and has earned the ire of the supporters.

It’s no secret that Newcastle will have to splash the cash, paying much more than a player’s evaluation considering their new found wealth.

But at the same time, they will have to invest in the club’s infrastructure and scouting department.

Our City.
Our Club.

Consider for example the model of RB Leipzig which despite spending a huge amount of money has made a brilliant footballing stricture that employs multiple football clubs.

At the same time, the club have also made a strong scouting department that has unearthed players such as Sadio Mane, Naby Keita, Timo Werner, Dayopt Upemacano, and Marcel Sabitzer to name a few.

In short, Newcastle have to develop a new and unique model that works for them.

This could mean paying high fees for immediate improvement in the squad’s quality, but at the same time also planning for the club’s future.

Newcastle are currently 19th in the Premier League and with the transfer window still more than two months away, the owners will look to invest in January in order to avoid relegation.

The CEO of PCP Capital Partners, Amanda Staveley has already outlined the ambitions of the new owners but how quickly they will rise to compete with the top remains to be seen.

Whether Newcastle can end their 93-year drought remains to be seen but there is a high chance the grass is greener on the other side for the Magpies.