A question that pops up every now and then, is that – is there a history of athletes making a political statement at the Olympics?

The short answer is yes.  In 1968, Tommie Smith and John Carlos were sent home after raising their fists in the Black Pride political way. But life is not so straightforward.  In order to understand the present, you need to understand the past.

Even if you spent a majority of your time playing online poker on top sites such as Intertops Poker, it is very unlikely that you are unaware of the controversy involving Gwen Berry during the U.S. Olympic Trials in Eugene, Oregon.  She earned the 3rd place bronze medal for the hammer throwing event.

If you don’t fit the expectation, change it. @naomiosaka#StrongerTogether | #Olympics

But that was not the case with Gwen Berry.  While the Gold and Silver medal winners stood in pride, holding their hands over their hearts (as is a custom in the US), she turned her back on the flag, and she even pulled her shirt over her head to hide herself.

Was she set up?  Was somebody “out to get her”?  No.  This has been a tradition that has been going on for around 200 years, and considering that she competed in 2016, even though she did place 14th, she is not unfamiliar with how the Olympics work.

Gwen Berry hates the United States national anthem, because of the 3rd paragraph of the original poem that Francis Scott Wrote.  During the war of 1812, when the battle was over, he saw death and destruction around him, but the US Flag was still waving high in the sky.  That sight inspired Francis Scott to write his poem.  It was later put to music, and in 1931 it was signed into law that this was the US national anthem.

As for Scott himself, when you look a Scott’s history, he was against Blacks.  In today’s terms, he was racist.  Nobody disagrees with that.  But does that really change the words and meaning of the first paragraph?  The paragraph that most people associate with the US National anthem?

As for the 3rd paragraph, Francis Scott was furious that Blacks joined England during the American Revolution.  England promised the Blacks that if England won the American Revolution, the slaves would be freed.  In the end, when supplies were low and England was losing, England threw the Blacks out, literally into the middle of the battlefield, while both sides were still firing their weapons.

The International Olympic Committee and the US Olympic Committee are in disagreement here.  “U.S. track stars John Carlos and Tommie Smith were sent home from the 1968 Olympic Games in Mexico City after raising black-gloved fists in a Black Power salute as they stood on the medal podium.”

Would the Olympic Committee do the same in 2021 if Gwen Berry (or others) do  in Tokyo what Berry did in Oregon?  “Olympic athletes are still barred from protesting during the games.”  “Clothing bearing phrases like Black Lives Matter, kneeling and raising a fist all to violate the rule.”

The IOC in April said that it would keep rule 50 of the Olympic charter.

“Framework to protect the neutrality of sport and the Olympic Games.” It bars commercial installations, advertising signs and demonstrations, along with “political, religious or racial propaganda.”

“When an individual makes their grievances, however legitimate, more important than the feelings of their competitors and the competition itself, the unity and harmony as well as the celebration of sport and human accomplishment is diminished,”

Protests are banned.  This includes “displaying any political messaging, including signs or armbands” along with “gestures of a political nature,” such as kneeling.

What is the response of the athletes to the International Olympic Committee trying to keep the Olympics out of an internal US dispute?  The U.S. Women’s National Soccer Team members have said, “we will not be silenced.”

Athletes violating the rule will be evaluated by their home country’s Olympic committee.  But since the US Olympic Committee has already said that they will allow athletes to protest, the whole 2021 Olympics is going to become one huge protest. Also, The Republicans are planning to boycott the Olympics, and not watch the Olympics on TV.

What is the end goal of the protesters? Do they want to change our national Anthem?  If so, to what?

Do they want to change the US flag?  Some want to change it because they want Puerto Rico and Washington DC to become states.  And as long as the flag is being changed to include those two “new states”, get rid of the colour white in the US Flag, because the colour White (in any form) is offensive to people who are not White.

Do they want to get rid of the Statue of Liberty?  Current immigrants who come illegally over the southern border do not think that the quote “Give me your tired, your poor, your huddled masses yearning to breathe free.” applies to them.  They want to be given immediate citizenship, and since they are not given that, the Statue of Liberty does not apply to them, and it must be destroyed.

Do they want to get rid of the 4th of July?  Slavery still existed when the Declaration of Independence was signed.

💦 Take a dive through time and see how the men's and women's diving events have evolved through the years. #StrongerTogether pic.twitter.com/zlkzetQgEc

Would slavery have ended in the United States if England had won the American Revolution? The answer to that question lies in when England freed slaves in their country, and more importantly when did England stop having colonies.

There was a time in history when people said, “The sun never set on the English Empire”, because England had colonies all over the world.  Just stating history here.

England abolished Slavery in 1833, 32 years before the US abolished slavery.  But this was 56 years after the American Revolution. Anybody who believes that England would “free” the slaves in the United States while not freeing slaves in their own country is living in a fantasy world.  Their slaves would have revolted, and England would never have allowed that to happen.

Also, England spent 20 million pounds, 40% of its budget in 1833, to pay for the slaves’ freedom.  That is equivalent to 20 billion pounds today.  And did any of that 20 million pounds end up in the pockets of slaves?  Of course not.  It went to the slave owners for the loss of property.  And, that money was not paid off until 2015.  So until 2015, black citizens were paying off money that was given to their previous slave owners almost 200 years ago.

In 1832, the Reform Act was passed in the UK which extended the vote to all middle-class males.   Which meant that the “poor”, Black or White, in 1832 still did not have the right to vote.  Poor Blacks and Poor Whites, as well as women, won the right to vote in England in 1928.

🥋 @teddyriner, the "living legend of the sport of judo" earned his second gold medal for France 🇫🇷 at the Rio 2016 Games.

Can he clinch a third gold in the birthplace of judo at #Tokyo2020? #StrongerTogether pic.twitter.com/jkUzESmgUm

As long as nobody gets the right to vote (or any of the other freedoms listed in the US Constitution), then that is okay.  Yes, most of us are confused by that logic as well. 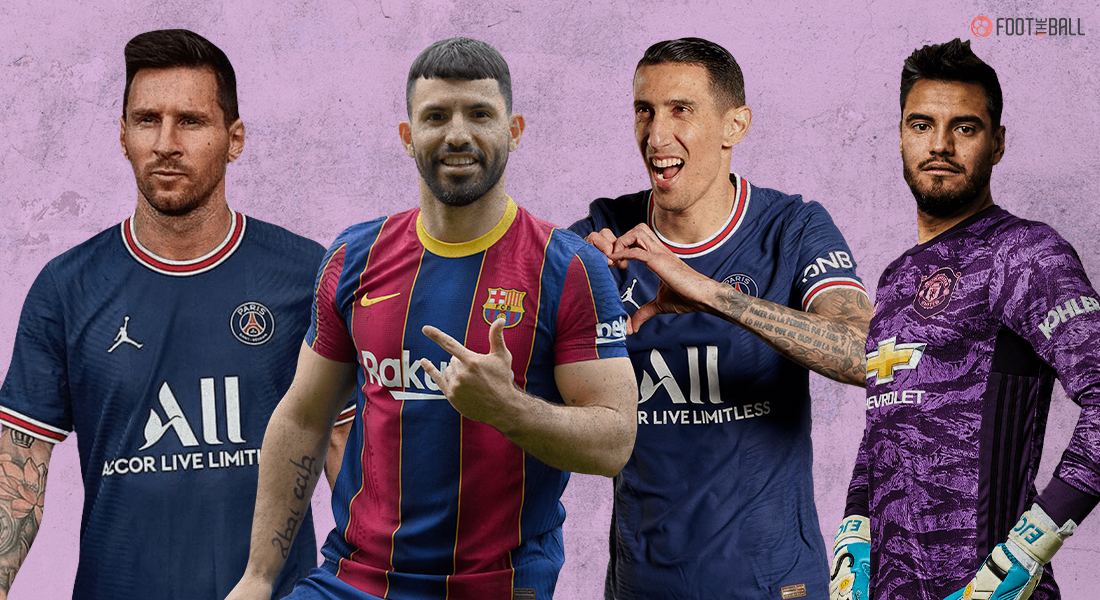 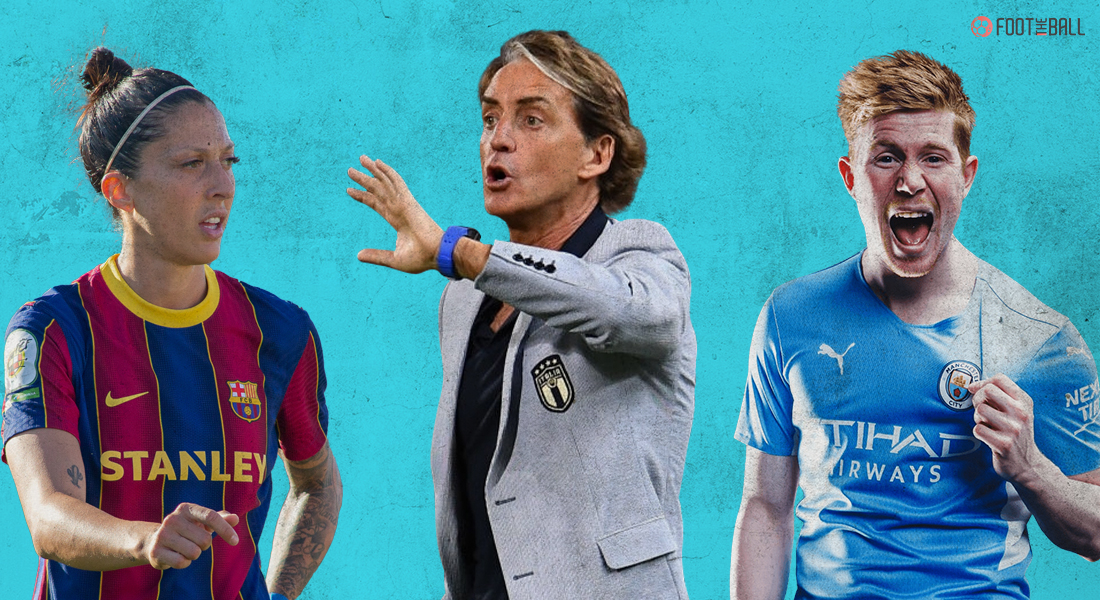